Evelyn Lozada Net Worth 2018 – How Much is She Worth Now? 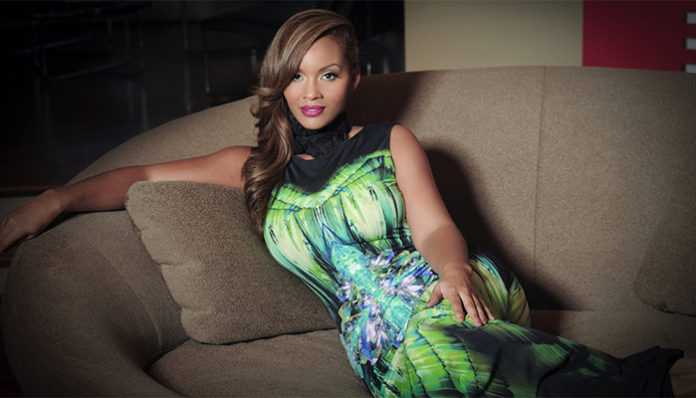 American television personality Evelyn Lozada rose to fame as one of the main stars of VH1’s television series, Basketball Wives. Born and raised in New York City, the Puerto Rican reality star later moved to Miami, Florida in 2007, where she worked as a secretary.

The former wife of NFL player Chad Johnson, Lozada worked there for several years prior to opening her own shoe boutique called Dulce, which she co-founded with a longtime friend.

Ultimately however, it wasn’t until the 2010 that she became a household name after being cast in the popular reality show, Basketball Wives. After joining the series, she remained for three years prior to departing in 2013. Since then, she has appeared in various other television programmings such as The Real, Big Morning Buzz Life, and Livin’ Lozada.

How much is she worth nowadays? According to various online sources, Lozada currently has a fortune of $2 million. Where did her wealth come from? To answer that, let’s take a more detailed look at her career so far.

How did Evelyn Lozada Make Her Money & Wealth? 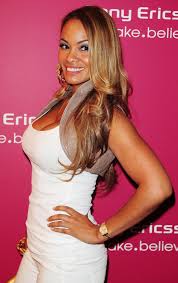 Born on December 10, 1975 in Brooklyn, New York City, Evelyn Lozada spent her childhood in and around the Brooklyn area. As a teen, she became pregnant at the age of seventeen, much to the dismay of her parents; she later gave birth to her daughter, Shaniece in 1992. While her being a teen mom is no secret, the identity of the father has never been revealed- regarding that, Lozada has only commented that it was “some dude from Brooklyn”.

Despite the unexpected turn in her life, Lozada did not let that get in the way of her schooling. While taking care of her daughter, she continued to attend class; she eventually graduated from high school in the mid 90’s. Several years later, when her child was in her teens, she relocated to Miami, Florida for further career opportunities. Upon settling down in the new city, she found work as a secretary for a local entertainment attorney.

In the summer of 2009, she launched her own business endeavour, a shoe boutique called Dulce. Located in the centre of the Downtown Gables shopping district, the store sold a number of high end labels such as Georgina Goodma, Gianmarco Lorenzi, Casadei, Badgley Mischka, Le Silla, and DSquared.

Thanks to its affordable prices and unique styles- ones that aren’t normally available outside of  Paris, the boutique quickly became a runaway success. Having said that, it looks like the boutique has since closed its doors- allegedly due to a lack of time on Lozada’s part. At one point, she expressed interest in continuing the business online, however nothing has come out of it so far.

In 2010, the Puerto Rican entrepreneur made her television debut in the VH1 reality series, Basketball Wives. The brainchild of Shaunie O’ Neal, it centered around the lives of a group of women who are romantically linked with NBA players. One of the original cast members, Lozada had been engaged to Antoine Walker, a professional basketball player for ten years; she was joined by Royce Reed, Gloria Govan, Suzie Ketcham, Jennifer Williams, and Shaunie O’Neal.

Premiered on April 11, 2010, the show continued for five seasons, all of which saw Lozada as one of the main “basketball wives”, prior to taking a prolonged hiatus in 2013. From there, it wasn’t until the spring of 2017 that it returned with its sixth season, after being off-air for six years. Among those who returned to the franchise were Lozada, Jackie Christie, Tami Roman, Malaysia PArgo, and Shaunie O’Neal.

How much has Lozada earned from the VH1 TV show? During its initial season, it was said that she received $7,500 per episode. Following that, she allegedly negotiated a pay that worked out to be a little under $20,000 per episode by 2011. For season three alone, it’s estimated that the reality star banked over $150,000- including possible bonuses for committing to the reunion special.

Considering how she’s one of the most prominent stars on the show, it’s likely that her salary was once again pumped up, for season six. Unfortunately, the exact amount has never been disclosed- we can only presume that it’s greater than what she was earning before.

Aside from the VH1 series, Lozada has also been featured in various talk shows such as The Mo’Nique Show, Big Morning Buzz Live, The Insider, Today, The Boris & Nicole Show and Entertainment Tonight.

In the summer of 2015, the brunette received her own reality show called, Livin’ Lozada on the Oprah Winfrey Network, which she also helped to produce. Part of the Saturday night lineup, it centred around the relationship between Lozada and her grown daughter Shaniece Hairston, whom she had when she was still a teen. Ultimately, the series ran for two seasons, from July 2015 to June 2016.

In 2016, Lozada guest-hosted a few episodes of the popular talk show program, The Real.

At one point, she was also the focus of Ev and Ocho, a VH1 reality series; originally planned to follow the lives of Lozada and her ex-husband Chad Johnson, it ultimately never aired on television.

On top of her television career, Lozada has taken on a few business ventures over the past few years, such as the shoe boutique mentioned earlier. In 2013, she also launched her own clothing line called Vida Luxe, which she debuted at the Landon Fashion Week. Working together with Teresa Caldwell, they came out with a line of Miami style maxi dresses.

But there’s more- the brunette also has her own collection of jewelry, available via her online site, lolafashionboutique.com. Relatively inexpensive, the shop sells a wide array of bracelets, necklaces, earrings, rings and various other accessories.

In 2012, Lozada also released her first book, Inner Circle, a novel that centers around the lives of a group of women who are all married to professional athletes- sounds familiar?

Three years later, she followed up with her second novel, Full Circle, which once again rejoins readers with Lozada’s alter ego, as she walks out of her superstar husband.

From endorsement deals alone, the brunette has also banked a fair amount of cash. For instance in 2012, she landed a six figure deal with youthH2O, an organic, caffeine free energy shot. According to the brand, the superfood helps to promote weight loss and vibrant skin, all while helping to support an individual’s immune system.

How has the above reflected in her net worth? In 2012, the brunette was said to have a fortune of $1.1 million- an amount that is already fairly impressive. Within a year, this had grown to $1.6 million by the end of 2013. As her popularity grew with the airing of Basketball Wives, this figure grew to $1.7 million in 2014, and finally to $2 million in 2015.

Considering all that she has going for her (e.g. the new season of Basketball Wives, her various business endeavours), it’s likely that her net worth will continue to grow past the $2 million point in the near future. In fact, it wouldn’t be unlikely if she were to one day break into the acting world, with her talented skill set on television.

No, the reality star is not married- having said that, she has been engaged with Carl Crawford, a former professional baseball player since December of 2013. When will the two be tying the knot? Only time can tell.

In the past, she was married to Chad Johnson. Ultimately, their marriage did not last long; Lozada eventually filed for divorce in August of 2012, just a few months after their nuptials.

Previously, Lozada was in a relationship with Antoine Walker, an NBA star and Kenny Anderson a former basketball player.

Does Evelyn Lozada Have Any Children?

Yes, the reality star has two children. Back when she was a teen, she gave birth to her daughter, Shaniece Hairston (b. 1993), whose biological father has never been revealed. The pair were the centre of the reality series, Living’ Lozada.

With her fiancee Carl Crawford, Lozada gave birth to her second child, a son named Carl Leo Crawford in 2014.

Did Evelyn Lozada Go to College?

From what we can gather, Evelyn Lozada did go to college, despite having fallen pregnant at the age of seventeen.

Surprisingly, details about the reality star’s abode has never been revealed to the public. With her kind of money however, she wager she has no problem affording a nice home for herself.

Regrettably, we do not have any pictures of her house to share at this time.

What Kind of Car Does Evelyn Lozada Drive?

Back in 2011, her then-husband Chad Ochocinco bought her a luxurious, white Maserati for her birthday.

An accomplished woman, Evelyn Lozada has successfully made a name for herself in the world of reality TV over the past few years. Just recently, she was invited back onto the sixth season of VH1’s Basketball Wives after the show’s four year hiatus. If anything, her popularity will only continue to rise.

Let’s also not forget about the various business endeavours that she’s picked up since the beginning of the 2010’s.

Evelyn Lozada as a Philanthropist

Last fall, Lozada made the headlines after donating $3,500 to Jackie Christie’s daughter, after her child was badly burnt in an accident, which led to a huge list of medical bills.

An advocate for victims of domestic abuse- an issue close to her heart following her altercations with former husband Chad Johnson, she has since launched her own charity called Pain is Not Love.

An animal lover, Lozada has also worked closely with the PETA in the past. For instance, she has posed nude for their “I’d Rather go Naked Than Wear Fur” campaign in December of 2012.

Currently, Evelyn Lozada is starring in the sixth season of Basketball Wives, which premiered on VH1 this April.

Speaking of television, the brunette has also appeared in a couple of episodes of Hollywood Today Live and The Real this year.