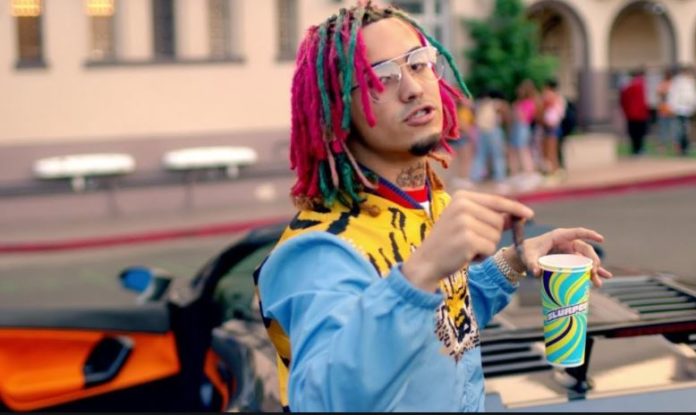 One of the country’s hottest emerging rappers, Lil Pump has pumped out a number of records including Gucci Gang, D Rose, Broke My Wrist, Movin, and Flex Like Ouu. Hailing from Miami, Florida, it was his longtime friend Smokepurpp, who first encouraged him to pursue music as a career.

Growing up, Lil Pump listened to heaps of beats, in particular, the works of Lil B, and Chief Keef. After getting expelled from high school during ninth grade, he put everything into his rap career. Some of his earliest works include JOHNNY!, Gang Shit x Ugly God, and Ignorant x smokepurpp.

…and his hard work has paid off. Since his debut, his tracks have been streamed millions of time on Soundcloud. By 17 years old, Lil Pump managed to amass an estimated net worth of over $2 million dollars.

How did he become a millionaire before he could “legally” buy an R-Rated movie? Well, let’s check out all his income streams and see how he’s raking in so much cash as a high school superstar. Let’s answer these questions by taking a deeper look at his life and career.

How Did Lil Pump Get So Rich? 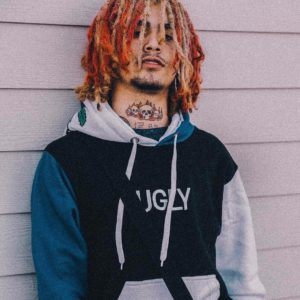 Born on August 17, 2000 in Florida, Lil Pump grew up in the suburbs of Miami Gardens. Despite the fact that he listened to music all throughout his childhood, it wasn’t until he was urged by his close friend, Smokepurrp- a fellow rapper, that he first decided to try his hand at rapping. Quickly taking to the art form, the two eventually started to freestyle together at high school.

When Lil Pump was in ninth grade, however, he got into a fight with one of his peers; his actions ultimately led him to be expelled from the school. Suddenly overwhelmed with free time, he poured all of his efforts into his music, producing new beats and penning new rhymes. From there, the Florida-native worked to perfect his sound over the next few years.

On March 1, 2016, the aspiring rapper collaborated with his longtime friend, Smokepurpp in the rap hit, JOHNNY!. Produced by the latter, it quickly became an online sensation, garnering tens of thousands of streams within just a matter of days. As of June 2017, the title has been played close to four million times on Soundcloud.

Thanks to the collaboration, Lil Pump received a considerable amount of exposure as an up-and-coming artist. Before long, he had earned himself a sizeable fanbase online. Making the most out of the momentum given to him, he came out with Gang Shit x Ugly God on March 3, 2016, just a couple of days after his first feature.

Produced by Alt$aiyan, the catchy joint featured Ugly God, a Louisana-based rapper who is also an XXL Freshman candidate. Starting off with a video game-type beat, Lil Pump’s vocals are soon introduced, after which his collaborator follows up with playful lyricism. Much like his first collab, the song instantly garnered the attention of rap lovers online. To date, it has received close to three million plays on his official Soundcloud page.

On March 15, 2016, Lil Pump once again made himself known with the release of his song, Elementary. Produced by his longtime buddy, SmokePurpp, the rapper takes fans back to his grade school days, where he details his trapping’ beginnings. One of the greatest hits of his entire catalog, it has received over 100,000 likes and has been shared close to 8,000 times online.

After a few months break, Lil Pump returned with Ignorant x Smokepurpp on June 6, 2016. His second collaborative project with Smokepurpp, it easily reinforced his place as one of the country’s top emerging rap talents. Produced by JPrice, it has since received over 43,000 likes and played more than two million times online.

On June 17, 2016, Lil Pump dropped his single, Drum$tick via digital download on Soundcloud, as with his previous releases. Produced by Jimmy Duval, the new joint garnered a wave of rave reviews from fans. The first solo track to be added to his catalog, it has since received over two million plays online- a telling sign of his popularity.

Later that fall, the emcee released his next record, Take on September 25, 2016. Produced by Packman, the title proved to be a major hit, generating even more streams than its predecessor in a much shorter period of time. Within just eight months, it has amassed close to three million views on Soundcloud.

Continuing to lay down the beats, Lil Pump added Flex Like Ouu to his catalog on March 15, 2017. Produced by Johnny J. and Danny Wolf, the fast-paced track features the artist rapping about his haters, ex-girlfriends, and everyone else in the world. Since it was first made available online, it has racked up millions of plays.

From there, Lil Pump released his next collaborative project, Broke My Wrist- Lil Pump x SmokePurpp in April of 2017. Featuring the production of Ronny J, the song quickly turned into a viral sensation online. In fact, it easily became the rapper’s most popular track at the time, having reeled in over four million hits online.

Having said all of that, he owes most of his fame to the success of his big hit, D Rose. Produced by Terrotuga, it has pulled in over 15 million views, since it was first made available online in early 2017. On Youtube, the track’s official music video, shot by Cole Bennett, has also been played more than 13 million times.

With the help of Smokepurpp, Lil Pump has become one of the hottest emerging rappers on the Soundcloud platform. At 261,000 followers and counting, the teen has garnered much attention in the rap scene over the past two years. Considering how he’s consistently been laying out new music, it’s easy to see how his fanbase has managed to grow in size over such a short period.

Although he has yet to release a mixtape, his musical releases have undoubtedly earned him a hefty amount of change, this is all even more impressive when we take into consideration his age.

While his singles may bank him some dough, Lil Pump has earned most of his money from putting on concert shows. In 2016 alone, he performed in a handful of venues across the United States, from Houston Texas, to West Palm Beach, Florida. This year, the emcee also hit the roads for performances at Chicago, Philadelphia, Orlando, Birmingham, Jacksonville, Los Angeles, Phoenix, among many others.

As far as upcoming show dates, the artist currently has two concerts planned for later this summer- one at The Blind Tiger NC in Greensboro, North Carolina in later this June and another at the Gothic Theatre in Denver, Colorado in August. With his degree of fame, it wouldn’t be too surprising if he gets paid a good few thousands per show.

On top of all that, Lil Pump is also capable of earning passive income through his official Youtube account online. Since he first launched his channel in the fall of 2015, he has accumulated close to 45,000 subscribers. As you’re most likely aware, users are able to yield revenue from Google’s partnership program. On average, Youtubers are paid a few dollars per 1000 monetized views; looking at his channel, he has currently amassed over 550 million lifetime views. If we were to do the math with this number, that works out to be at least $1.5 million in earnings. Obviously he only gets a fraction of this as the record label collects the majority of the earnings but even a portion 1.5 million dollars is pretty legit.

Similarly, his Soundcloud account in which he has nearly a million followers, is also capable of running monetized ads for earnings.

Currently, Lil Pump’s net worth is estimated to be sitting at $2,000,000 – which is actually quite impressive for someone who is still in their teens. Assuming that he’ll continue to push out new titles, it’s only a matter of time before this number rises. Seeing as how he’s only released singles so far, we’d like to assume that he’ll be working on pushing out some mixtapes and albums in the next few years.

Does Lil Pump Have a Girlfriend?

As of right now Lil Pump is not in a relationship. If he is seeing someone, he’s been keeping it low, that’s for sure. So far, there have been no mentions of him having a girlfriend on social media.

We’ll let you know as soon as an official announcement is made regarding his dating status.

Does Lil Pump Have Any Children?

No, Lil Pump does not have any children that we know of.

Where Did Lil Pump Get His Name From?

While it’s obvious that Lil Pump is a stage name, its meaning or significant has never been explained by the rapper himself. However, perhaps even more interesting is the fact that he has never revealed his real name to fans- to this day, his birth name remains to be unknown.

Did Lil Pump Go to College?

No, Lil Pump did not go to college. In fact, he actually dropped out of high school prior to earning his diploma. Since then, he has been recording nonstop, as seen from his regular music releases.

Where Does Lil Pump Live?

Unfortunately, we currently do not have any pictures of Lil Pump’s house. Considering the fact that he’s still a minor and on the road touring it’s likely he just rents places on a short-term basis.

We do not have any pictures of his home to share at this time.

What Kind of Car Does Lil Pump Drive?

In May of 2017, Lil Pump showed off his new vehicle- a yellow Porsche on his Instagram account. Interestingly enough, just a week later, he informed his followers that he had crashed the car, having badly dented the hood.

Although he doesn’t have many mixtapes or albums to his name as of yet, he’s come a long way over the past two years with his hits, Gucci Gang, Lil Pump, D Rose, Movin, and Broke My Wrist. Altogether, his tracks have been played hundreds of millions of time online.

For a good part of this year, Lil Pump has been hitting up various US cities for a number of performances, as part of his concert tour. To see his current tour schedule you can click here.