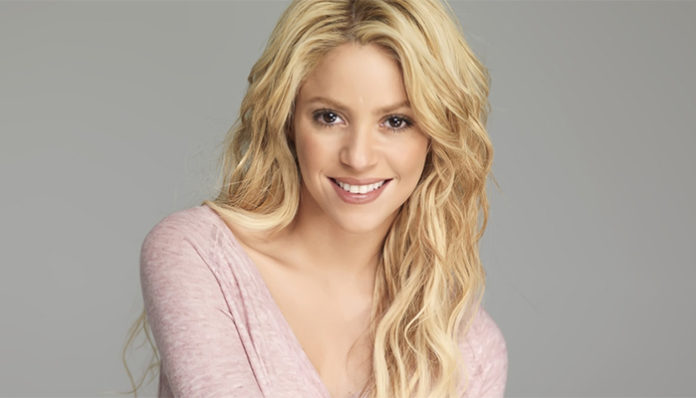 Singer-songwriter Shakira broke into the English market with her 2001 studio album, Laundry Service. Originally from Colombia, she began writing poetry at the age of seven; with time, her poems eventually evolved into songs. A natural singer, it didn’t take long for her to realize that she wanted to pursue a career in the performing arts.

At the age of thirteen, Shakira released her debut album entitled, Magia into the Latin American market. A handful of releases later, she entered the English-speaking market with her fifth album, Laundry Service. Since then, she has sold millions of records across the globe, making her one of the most popular artists in the world.

As of 2017, the Colombian singer is estimated to have a net worth in the hundreds of millions. What are her different sources of income? How did she earn her wealth? We’ll try to answer these questions below.

How did Shakira Make Her Money & Wealth? 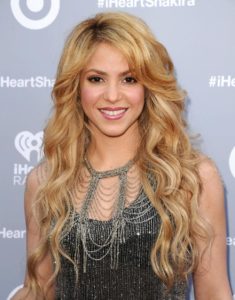 Born on February 2, 1977 in Atlantico, Colombia, Shakira (Birth Name: Shakira Isabel Mebarak Ripoll) grew up in Barranquilla, a city located on the northern coast. When she was four years old, she penned a poem entitled, The Crystal Rose. Inspired by her father’s work on the typewriter, she later began writing poetry on her own typewriter, which she received for Christmas. Before long, her poems had developed into full fledged songs.

After signing with Sony Colombia, she released her first studio album, Magia on June 24, 1991. Featuring a number of pop ballads, all of which she had written herself, it marked her official debut in the music scene. While it garnered her some attention in her native Colombia, it only managed to sell a little over 1,000 copies.

Striving to perfect her sound, Shakira later released her second album, Peligro on March 25, 1993. However ultimately, it wasn’t until the fall of 1995 that she received a big break with her third title, Pies Descalzos. Her breakthrough hit, it brought her much widespread attention in Latin America. Chart-wise, the album peaked at number 34 on the Billboard Hot Heatseekers Album; additionally, it also reached number three and number five on the Latin Pop Albums and Latin Albums charts respectively.

On September 29, 1998, the Colombian singer followed up with Donde Estan Los Ladrones?. Nominated for a Grammy Award for Best Latin Rock Album, it proved to be massive hit, having sold 300,000 copies on the day of its release alone; by the end of the first month, it had sold more than 1,000,000 copies. Lauded by fans and critics, it ended up topping the US Catalogue, Top Latin Albums and Top Latin Pop Albums charts; in Europe, it also charted in Germany, Denmark and Switzerland. As far as earnings go, she is said to have yielded $7.5 million from the album.

After attaining success in Latin America, Shakira broke into the English-speaking world with her next album, Laundry Service. Her best-selling album in the US to date, it has since sold over 3.5 million copies across the country. According to sources, Laundry Service yielded her over $4 million.

On June 3, 2005, the recording artist came out with her sixth album. Her sixth Spanish project, it sold 157,000 copies within the first week and took the number fourth position on the Billboard Top 200. It has sold over 4,000,000 copies internationally as of 2013. How much did this album earn her? Allegedly $4.2 million.

Just a few months later, Shakira released her next full length album, ation Vol. 2 on November 25, 2005. It has been certified platinum for reaching over 1,000,000 sales in the US. Another major success for the star, it’s said to have earned her upwards of $8.7 million.

After a prolonged hiatus, she emerged once again with the album, She Wolf. Revolving around the theme of love and relationships, it reached number one in numerous countries including Switzerland, Ireland, Mexico, Italy and Argentina. As of 2010, it has sold over 300,000 copies in the United States.

On October 19, 2010, Shakira released her ninth album entitled, Sale el Sol. The winner of a Latin Grammy Award, the title was a major success in Europe, to say the least. Not long after its release, it peaked at the top of the Mexican, Italian, French, Spanish, Belgian, and Croatian record charts, among others. In the United States, the album reached number seven the Billboard Top 200, which is an achievement in itself. From its record sales, the artist’s fortune went up approximately $2 million.

Since then, she has come out with two additional albums, the eponymous Shakira in 2014 and El Dorado in 2017; both of have since reached the music charts.

From everything that we’ve said above, it’s easy to see that Shakira has earned multi-millions from her record sales alone.

Aside from what she’s earned from her albums, Shakira also pulls in a significant amount from putting on concerts. Since she first made her debut in the 90’s, she has gone on a handful of tours. With her superstar status, it’s most likely reasonable to say that she earns a few tens of thousands per show.

On television, the award-winning artist has also appeared in a number of shows including Saturday Night Live, Posters, Taina, Ugly Betty, Dreamland, and Wizards of Waverly Place. From 2013 until 2014, she also served as a coach on the popular singing competition series, The Voice. Allegedly, Shakira was paid a salary of $12 million for her time on the show.

Speaking of which, her music has been featured in dozens of different films and TV series including Dreamland, One Hit Wonderland, Coronation Street, Silicon Valley, Zootopia, Pretty Little Liars, among others.

Outside of the show biz Shakira has also taken up a few business endeavours. In 2010, she launched her own line of cosmetic products called S by Shakira, with was released through Puig. Amongst its products are fragrances, body sprays, and lotions. As of 2017, 16 different fragrances have been released. Some of the line’s most popular perfumes include Elixir by Shakira, S by Shakira, Wild Elixir, Paradise Elixir, and S by Shakira Eau Florale.

On the web, Shakira also earns a considerable amount of spare change from her official Youtube channels. As of June 2017, her account- with 484,000 subscribers, has accumulated over 127,000,000 views. As a member of Google’s partnership program, users are capable of earning upwards of $5 per 1000 monetized views.

Perhaps even more impressive is her VEVO account, which has since amassed over 14 million subscribers and over 9 billion lifetime views. According to sources, VEVO’s average CPM ranges anywhere from $25 to $35.

No, Shakira is not married. Currently, she is dating professional football player, Gerald Pique; the two have been together since 2010.

Prior to that, she was engaged to Antonio De la Rue, the oldest son of the former president of Argentina.

Does Shakira Have Any Children?

Did Shakira Go to College?

Yes, Shakira went to college- however her days spent as a student were nothing but average. Following the end of her Oral Fixation World Tour, she went to the University of California, Las Angeles, where she studied history. Surprisingly, the singer had managed to attend her lectures unnoticed by disguising herself as a boy- dressed in loose boys’ clothes.

Where Does Shakira Live? Pictures of Shakira’s House 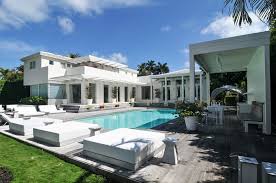 Back in 2001, Shakira purchased a luxurious abode in Miami, Florida for $3.3 million. Extremely spacious at 8,300 square foot, it includes six bedrooms, seven and a half bathrooms as well as a chef’s kitchen, large dock, hardwood pool deck, and a stunning view of Biscayne Bay.

Over the past few years, she’s listed the property for sale multiple times- the last of which we heard, she put it up for sale at $13.9 million.

What Kind of Car Does Shakira Drive?

Shakira as a Philanthropist

Dedicated to helping the less privileged ever since her father brought her to see orphans during her childhood, she founded a Colombian charity called the Pies Descalzo Foundation in 1997, which helps to provide aid for children across Colombia. For her contributions, she was given a Radio Disney Music Hero Award in 2014.

Not only that, but she is also one of the global representatives for UNICEF. In 2010, Shakira received a medal by the international organization for being a “true ambassador for children and young people”.

The highest-selling Colombian artist of all time, Shakira has garnered countless awards and recognition throughout her music career. Altogether, she has received 225 awards from over 400 nominations including twelve Latin Grammy Awards and two Grammy Awards.

One of the best-selling recording artists in the world, Shakira has sold over 70,000,000 albums across the globe to date.

This past May, Shakira released her eleventh studio album, El Dorado through Sony Music. Her first album since 2014, it charted in several countries including the UK, Scotland, Germany, Denmark, Belgium, Australia, and Argentina.

On television, she was also invited onto Entertainment Tonight and The Insider earlier this year.