What Happened to Christopher “Big Black” Boykin – What is He Doing Now? 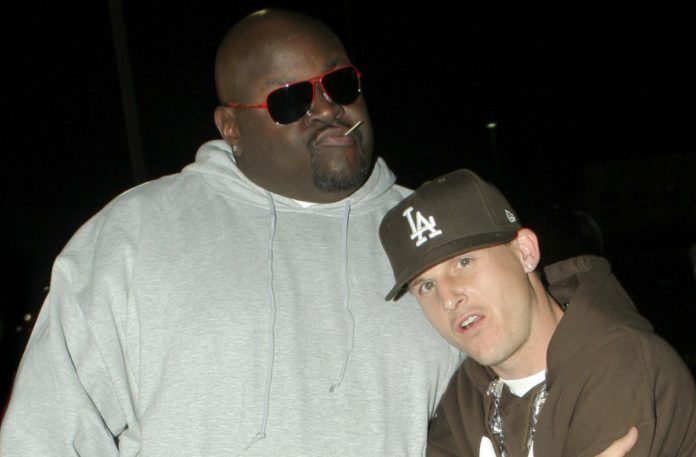 Comedian, Bodyguard, World Record Holder, Musician, Businessman and Actor. If there was time a to do it, Christopher “Big Black” Boykin probably did it. Making it big on the MTV show “Rob and Big”, Boykin would reach the homes of many with his big personality. But after 2015, he began to fade from the spotlight a bit. Here, we take a look at Christopher “Big Black” Boykin, his history, and what he has been up to in 2017.

It’s hard to imagine that Boykin was ever small, but one doesn’t come out of the womb at 6 feet 6 inches and over 400 pounds. Born on January 13, 1972 in Raliegh, Mississippi and raised in nearby Wiggins, he would spend quite a bit of his childhood enjoying music and performing it as well. His first job would be with the United States Navy, where the mountain of a man would work his deployment as a chef aboard an air craft carrier. After leaving the Navy, Boykin would go into working as a bodyguard and performed the occasional acting gig, which would allow him to meet a lifelong friend, skateboarder Rob Dyrdek.

During an advertisement for DC Shoes, Boykin ended up acting as a bodyguard for Rob against a team of security guards. Given the fun of the shoot and later discussions, Boykin would be hired by Dyrdek as a bodyguard full time, though this would evolve into far more.

Quickly becoming friends as well as bodyguard and celebrity, Boykin and Dyrdek would end up working together from 2006 to 2008 on the Rob and Big series on MTV. The reality series would center on the pair, but often include other characters including Rob’s Shetland pony, Mini-Horse or Meaty the Bulldog. The gang would often go to accomplish random tasks for each of the episodes which almost invariably involved a net gun. During one of the episodes, Boykin would break two world records. These would be the most bananas peeled and eaten in one minute, which he ate 3, and the most powdered donuts eaten in 3 minutes, coming in at 5.

After the end of the series, Boykin would transfer over to Rob Dyrdek’s Fantasy Factory series in the 4th season. Also during this time, Boykin would branch out into other business ventures. Among the most profitable of these were his clothing lines, Big Black and Big Dime Pieces, both brands tailored towards the bigger gentlemen who rarely had the selection of clothes available as others do. Also in 2008, Boykin would be married to Shannon Turkey and have a daughter, Isis Boykin. Sadly, in 2009 Shannon and Christopher would divorce. Not long after, Boykin would mostly retire from the limelight to take care of his daughter and run his business, which ended up giving him a net worth of around $3 Million.

Unfortunately, it would appear that 2017 would be the last year for Christopher “Big Black” Boykin. Sadly, on May 2, 2017, Boykin would be hospitalized in Plano, Texas due to heart issues associated with a congenital disorder. By May 9th, he would pass away and doctors would attempt to resuscitate him, but to no avail. It is assumed that his estate was left to take care of his family, and his funeral was attended by the family and many friends he had acquired over his far too short, but very successful life.