Brandon Calvillo Net Worth 2018 – How Much Does He Really Make? 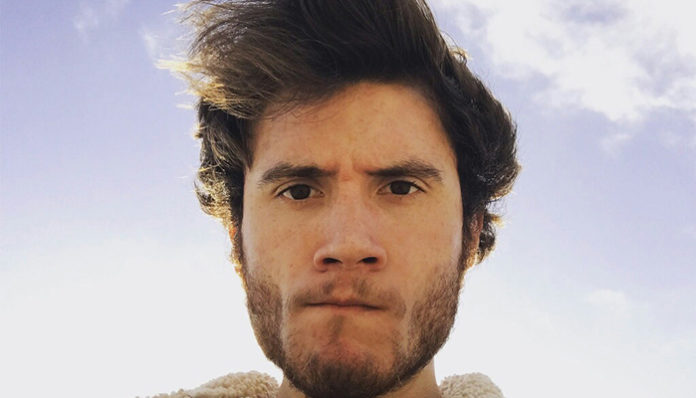 Brandon Calvillo originally rose to prominence through the video-sharing platform, Vine in 2013. Hailing from California, he decided to get involved with the online community after quitting his part-time job at a local sandwich shop. Before he started to post family-oriented Vines, his clips were much darker, and noir in nature.

Carried by his creative talents, his Vines soon began to rack up a considerable amount of views on his page. From there, his Getting Tacos for Taylor Swift and Maiden Video clips eventually went viral, which led him to reach the 10,000 followers mark in just a few month’s time.

Since then, Calvillo has also branched out to other platforms including Youtube, Instagram, and Twitter. In fact, he’s even appeared in a few movies last year. According to various sites, the Vine star currently has a net worth of $500,000. How did this fortune of his come to be? Let’s take a closer look at his career.

How did Brandon Calvillo Make His Money & Wealth? 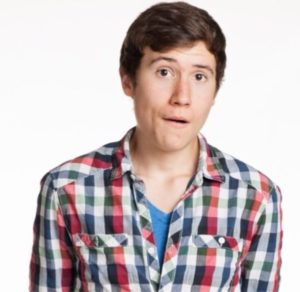 Born on July 28, 1994, in California, Brandon Calvillo has lived most, if not all of his life, in the city of Placentia with his parents and two brothers. As a teen, he went to El Dorado High School; like most students who wanted a little bit of spending money, he held a part time job at a local sandwich shop. Ultimately, it was at the shop that he first discovered Vine while playing around on his smart phone during his down time.

Thinking that it was “really cool”, he soon downloaded the app- which allowed users to post six-second clips, to his device. At the time, Vine was still relatively new and as Calvillo had noted, most individuals were using the platform to tell jokes. After formulating a few ideas from his interactions at the shop, he posted a few Vines onto his page; however, he soon realized that it was way too “noir” for the community.

Despite his dark humour however, his content successfully garnered 1,000 followers within just a few weeks. Met with surprise, he continued to post regularly onto his account and before long, his subscriber number had risen to 100,000 by late spring of that year. Around that time, Calvillo also quit his job at the sandwich shop, a stint that he had allegedly “detested”.

While he looked for a new job, he decided to focus his free time on his Vine account. At the time, the teen was simply doing it for fun- he had “liked the idea of contributing to a growing community.” Eventually, Calvillo decided to cut back on the swearing and dark bits, in lieu of cleaner, more family content- it would soon prove to be the right decision.

Not long afterwards, he came up with the idea of creating his  six-second long, Getting Tacos for Taylor Swift video. Although simplistic, its reception on Vine was huge- it didn’t take long for it to go viral online. Thanks to the clip, Calvillo’s popularity also exploded within the community. By the following summer, he had amassed well over 1 million followers- an impressive milestone, for sure.

Following his big break, Calvillo was approached by Grapestory- an agency who quickly offered him an endorsement deal with Virgin Mobile. From there, the Vine star produced ten Vines for the brand, all of which he later posted onto his page. Although it’s never been revealed how much exactly he was paid for the gig, we can probably assume that it was well in the thousands.

Known for his unique self-aware humour, Calvillo continued to work actively on Vine, up until its shutdown in January 2017. By then, the star had well over 6.4 million followers- making him one of the most popular users on the platform. Throughout his Vine career, he also had the opportunity to collaborate with the likes of Jason Nash, Christian DelGrosso, Thomas Sanders, King Bach, Nash Grier, Marcus Jones, and David Dobrik.

Since then, the former Vine star has turned his attention to other platforms- one of which includes the web giant, Youtube. As of June 2017, he has well over 91,000 subscribers on his channel, with more than 670,000 video views across his page. Continuing to entertain fans online, Calvillo has posted a number of videos onto Youtube- from vlogs to comedic skits. Currently, his most-viewed upload, The Neighbor, has received over 153,000 views. Some of his other popular videos include: Smash or Pass!!! (Ft. Jason Nash & David Dobrik), The End of Vine, and The Return of Walter.

While his follower count on Youtube is considerably less than what he had on Vine, Calvillo is still capable of monetizing his videos through Google’s Partnership Program. Typically, the site pays its users anywhere from $2 to $5 for every 1,000 views that are monetized; the exact amount would of course, depend on other factors such as the user’s audience and content.

Let’s do a little bit of math- assuming that 40% of his total views were monetized by Youtube, and that he earns upwards of $5 per 1,000 views, that works out to be earnings of ~$1,300- not too bad for some passive income on the side!

In addition to Vine and Youtube, Calvillo has also gained a considerable following on Instagram. Currently, he has a little over 813,000 fans on the image/video-sharing app. Since the closing of Vine, he’s taken to the platform for sharing short video clips, all of which easily garner tens of thousands of views each. Assuming that his presence will continue to grow on Instagram, it’s likely that he’ll reach “social media influencer” status on the platform, sometime in the near future.

Aside from his online endeavours, the California native has also appeared on television and even film- in the past few years. In 2014, he made his debut in the TV series, Warzone. From there, he returned to the small screen again in an episode of the mystery drama, Major Crimes (2016).

Following that, he made an appearance in the independent animated short, Night Light, before making his movie debut in the comedy film, FML (2016), which also starred Andrew Daly, Liza Koshy, and Busy Philipps. Since then, his filmography has also grown to include the romance comedy, Holiday Breakup (2016)- a movie that featured Manon Mathew, Katie Leclerc, and Shawn Roe.

That same year, Calvillo also worked behind the scenes for The Last Job (2016), a drama short that he helped to direct, produce, and write.

Currently it’s estimated that Brandon Calvillo has a net worth of $500,000. Drawing from what we’ve said above, it’s obvious that a large portion of this figure was earned from the various sponsorships deals that he took on at the peak of his Vine career. Having said that, his earnings were of course also supplemented by what he’s earned through his other endeavours such as his work on television and film. For instance, his pay check couldn’t have been too small for his starring role in the movie, FML (2016). For all we know, Calvillo might just decide to continue down the path of Hollywood.

Although his presence on Instagram and Youtube is still growing, we’re confident that he’ll be able to bring up his follower count on both platforms, assuming that he continues to update them both on a regular basis. The last time that we checked, his Youtube channel was growing by 50-100 subscribers a day. Considering this, it’s highly likely that Calvillo’s net worth will continue to go up in the near future- we haven’t seen all that the social media star is capable of just yet.

No, the online star is not married. Having said that, there were rumours about him having been in a relationship with a young women in 2016- however, Calvillo has never confirmed this himself.

It is currently unknown whether or not he is still seeing someone.

Does Brandon Calvillo Have Any Children?

No, Brandon Calvillo does not have any children that we know of.

Did Brandon Calvillo Go To College?

No, from what we can gather, the Vine star did not go to college- he had continued with his social media career after graduating from El Dorado High School in Placentia, California.

The last that we’ve heard, Brandon Cavillo was living with his mother and step-father in his hometown of Placentia, California. Seemingly close with the two, his parents had guest starred in a number of his Vine videos.

Not much is known about their residence however, as he’s never revealed any details about their home. We unfortunately do not have any pictures of their house to share at this time.

What Kind of Car Does Brandon Calvillo Drive?

According to various sources, Brandon Calvillo owns a 2015 Mini Cooper.

At one point, Calvillo and his brother (who is also a Vine star) sparked a bit of a controversy after the two judged the clips posted on Vine’s comedy page in a mocking way. Although they had done it for “humour’s sake”, many users ended up being offended by their actions.

In response, Brandon later posted a subsequent video where he apologized to the Vine users, stating that he in fact, did not have any right to judge anybody as “he’s the most flawed person on the planet”.

How Much Did Brandon Calvillo Make Last Year?

Unfortunately, the information is unavailable at this time.

From working at a sandwich shop to becoming a social media sensation, Brandon Calvillo has accomplished a lot during his short online career. Not only did he reach over 6.4 million followers on Vine, but he’s also amassed more than 813K followers on Instagram, 270K on Twitter, and 90K on Youtube. Equipped with his unique sense of humour, his comedic work has earned him a spot among the top in the world of social media.

In addition to his online success, Calvillo has also managed to break into the realm of acting on television and film. Just last year, he scored his first starring role in the comedy title, FML (2016), where he starred opposite of fellow Youtuber, Jason Nash.

So far this year, Calvillo has uploaded a number of videos onto his Youtube page including Surprising My Best Friend on his Birthday!!!!!, The Problem with Memes and The Catch Me Outside Girl, Living With a Blogger, and Smash or Pass!!! (Ft. Jason Nash & David Dobrik).