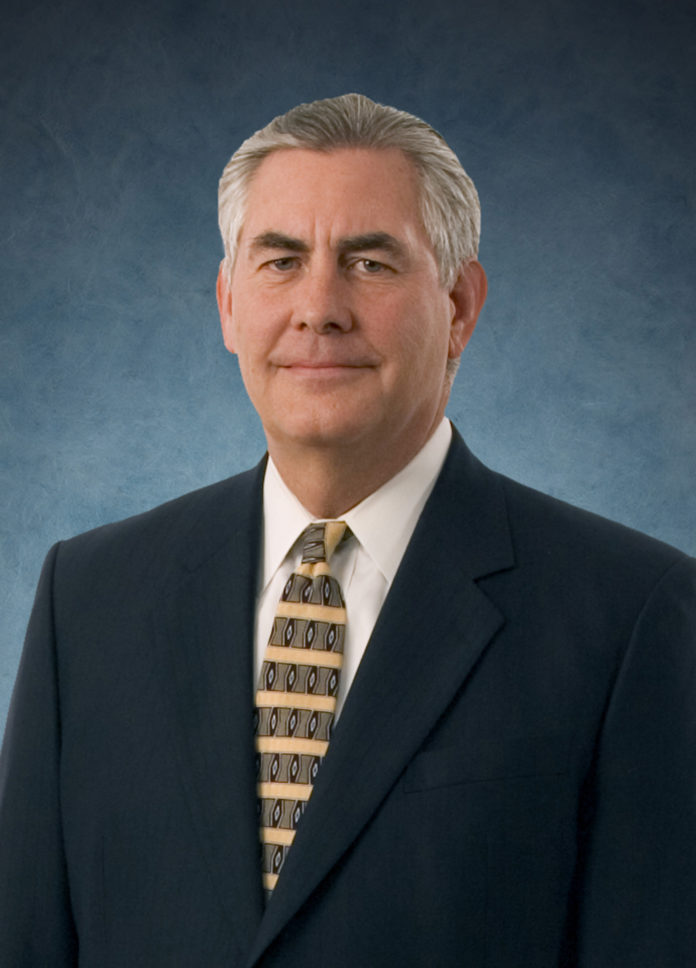 American businessman and oil magnate Rex Tillerson was catapulted into the public eye after being chosen as President Donald Trump’s secretary of state. Rex Tillerson and Donald Trump first met in 2016 and became fast friends. But Tillerson’s elite status, lack of political experience, and potential ties to Russia have sparked much questioning. He was previously the CEO of ExxonMobil, one of the largest companies in the world.

How Did Rex Make his Money & Wealth?

ExxonMobil is the seventh largest company by revenue, and the world’s 2nd most profitable. The oil magnate has managed company divisions in locations all over the world. That being said, it’s no surprise that Rex Tillerson makes a large amount of money. In 2015, he made 25 million from investments and from his position as ExxonMobil’s CEO. Tillerson left ExxonMobil on January 1st, 2017, after being nominated as Trump’s secretary of state in 2016.

Donald Trump’s cabinet is the richest president cabinet in history, worth a total of 11 billion,. Rex Tillerson is President Trump’s 3rd richest cabinet member, behind Secretary of Commerce Wilbur Ross (worth 2.5 billion) and Secretary of Education Betsy DeVos (worth 1.25 billion).

Along with his current net worth, Tillerson will make another $54 million after selling 600,000 shares of ExxonMobil stock. He will later receive 2 million shares in a severance package worth $180 million.

How Did Rex Tillerson Get Rich? 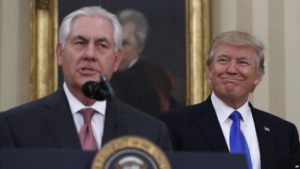 Contrary to what many may believe, Rex Tillerson was not born rich. He was born into a conservative middle-class family in Wichita Falls, Texas on March 23 1952. Tillerson was heavily involved with the boy scouts from an early age. He became an eagle scout at the age of 13. He still actively contributes to the organization. Tillerson was the national president of the Boy Scouts from 2010 to 2012, its highest non-executive rank.

Shortly after becoming an eagle scout, Tillerson picked up a job as a busboy at Oklahoma’s Student Union building. He later worked as a janitor at the university. He graduated from Huntsville High School in 1970. His favorite extracurricular activity was band.

Rex Tillerson graduated from the University of Texas at Austin with a BS in Civil Engineering. In 1975, he began work at Exxon as a production engineer shortly after graduating from college. Tillerson remained a production engineer for 14 years until 1989, when he was promoted to a general management position for Exxon’s central production division. He later became the president of Exxon Yemen Inc andProduction Khorat Inc.

In 1998, Tillerson was able to advance to becoming vice president of Exxon Ventures as well as Exxon Neftegas, a Russian-based subsidiary of Exxon. This promotion gave him responsibility over Exxon’s holdings in Russia and the Caspian Sea. Because Russia is the largest producer of crude oil, Tillerson has dealt with the country and its president Vladimir Putin many times before. Putin awarded Tillerson with the Order of Friendship in 2012.

Exxonmobil chose Tillerson as their president and director in 2004. Just two short years later, Tillerson became the chief executive officer of the company, and remained there until January 1st, 2017 after Donald Trump elected him as secretary of state.

Donald Trump and Rex Tillerson met in December 2016. The pair hit it off immediately. Trump was impressed with Tillerson’s diplomatic skills and leadership abilities. However, the sudden and seemingly haphazard decision on the part of the president surprised many people. The Senate confirmed Tillerson as the secretary of state after he was voted in with 56 to 43 votes. He was sworn in on February 1st, 2017.

Rex Tillerson’s salary as secretary of state is a mere fraction of his previous salary. He will make roughly $200,000 per year, a far cry from figures as large as 40 million he has been paid before. Despite the pay cut, Tillerson is still sitting on a large nest egg. 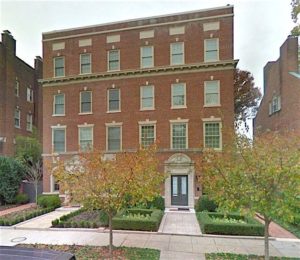 Rex Tillerson married his wife Renda St. Clair in 1986. He has twin boys from a previous marriage and a son with St. Clair. His twin sons are both engineers and received their degrees from the Cockrell School of Engineering at University of Texas at Austin. Tillerson was named a distinguished engineering graduate in 2006.

The Tillerson family’s primary residence is in Bartonville, Texas. After being nominated as secretary of state, Tillerson purchased a 5.6 million dollar home in Washington D.C., close to the homes of Jeff Bezos, Ivanka Trump and Jared Kushner, and the Obama family.

Tillerson has served in many councils and organizations. He is member of the Business Roundtable. Tillerson has also held a position on the executive committee of The Business Council. He is also involved in many engineering organizations and has held high-ranking positions in the National Petroleum Council, the Society of Petroleum Engineers, and the national Academy of Engineering. Tillerson is also a trustee for the Center of Strategic and International Studies and the United Negro College Fund.