James Comey Net Worth 2018 – How Rich is the Former FBI Director? 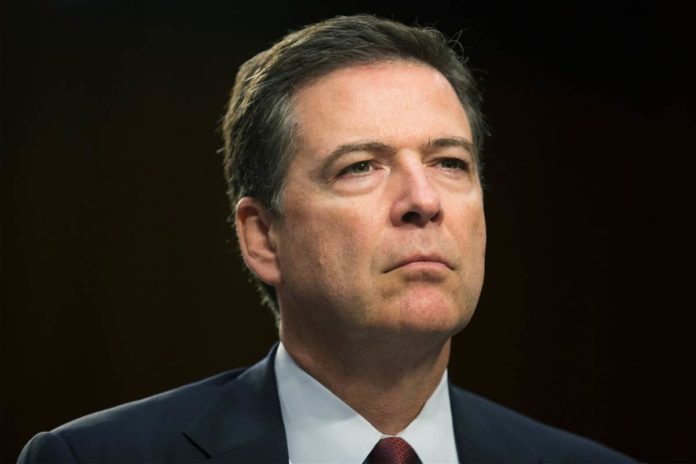 James Comey is one of the most talked about people in the entire country right now. He served as the Director of the Federal Bureau of Investigation from 2013 to very recently, when he was fired by President Donald Trump. It has been widely speculated that Trump fired Comey in order to put an end to the FBI’s investigation into Russian interference in the 2016 presidential election. He has been at the center of an enormous amount on controversy during this last month, and it’s likely that the events surrounding him will be in history books in the decades to come, for better or for worse. In this article, I’m going to specifically be talking about how wealthy James Comey has been able to make during his career. I’ll also make sure to talk about what exactly he did in order to put himself so firmly in the international spotlight. Without further ado, let’s get right into this very interesting topic.

How did James Comey Make His Money & Wealth?

James Comey Jr. was born in December of 1960 in New York. He grew up in a relatively white-collar family, with his father working in real estate and his mother occasionally working with computers. Although James was born in New York, he and his family moved to New Jersey when he was relatively young. James ended up attending High School in this city, where he would graduate. Comey moved on to study chemistry and religion at the College of William and Mary, where he graduated in 1982. He wasn’t entirely done with schooling yet, though. James would later receive his Juris Doctor from the University of Chicago Law School, in 1985. Once he had completed law school, James Comey was finally ready to enter the workforce. 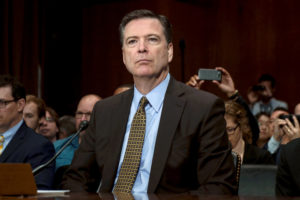 Comey started out working as a law clerk for John M. Walker Jr., a United States District Judge based out of Manhattan. He worked a lot in New York during this time. James worked with Gibson, Dunn & Crutcher as an associate for a period of time, and this eventually led to him working as Deputy Chief of the Criminal Division with the U.S. Attorney’s Office for the Southern District of New York. Comey got a lot of work done with these people, but arguably his most impressive “win” during this time was when he helped to prosecute the Gambino crime family. Comey worked with this Attorney’s Office up until 1993, when he left to move on to bigger and better things. For a period of time, he was Managing Assistant U.S. Attorney with the Richmond Division of the United States Attorney for the Eastern District of Virginia. Around this same time, he was also teaching law on an adjunct basis at the University of Richmond School of Law.

Probably Comey’s biggest case came in 2002, when he became the United States Attorney for the Southern District of New York. This was a pretty big job, and it involved him investigating former President Bill Clinton’s pardon of Marc Rich. He also took on a case against John Rigas, in one of the largest cases of corporate fraud that the country has ever seen. Comey had another notable case when she helped to prosecute Martha Stewart for fraud in 2003. Needless to say, cases like these really helped to force James more firmly into the spotlight. In 2006, he was at the center of another controversial series of events when an investigation was placed on the National Security Agency. When he was Deputy Attorney General, although he approved the use of several enhanced interrogation techniques (some of which are considered torture today) he actually argued against these techniques being used in combination. This may not seem like a lot, but he was actually one of the only people in then-President George W. Bush’s administration to attempt to limit torture. 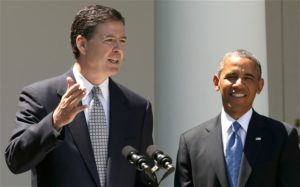 In 2005, Comey made the decision to step away from the Department of Justice for a little while. He initially joined Lockheed Martin as a General Counsel and Senior Vice President. (Lockheed Martin is best known for its work in aeronautics, defense, and security.) James actually worked in this position until 2010, when he ended up becoming a part of Bridgewater Associates. Bridgewater Associates may not have been as large of a company as Lockheed Martin, but Comey was able to make plenty of money with the Connecticut-based investment management firm. James took on many “odd jobs” during this period. He re-entered his more familiar work in 2013, when he nominated by President Barack Obama to become the Director of the Federal Bureau of Investigation, replacing Robert Mueller. He was confirmed in 2013 for a ten year term.

James Comey’s work as the Director of the FBI was mostly uneventful until the 2016 presidential election. He came under a great deal of fire fore his investigation into Hilary Clinton’s mishandling of classified information through her emails. It has been argued that this investigation, and Comey’s transparency during the investigation, essentially cost Hilary Clinton the presidential election. Even once the 2016 presidential election had ended, Comey took on a whole other controversy when he went to investigate possible Russian interference during the election. When Michael Flynn resigned from his position of National Security Advisor, Comey faced even more intense heat. Comey was formally dismissed from his position in 2017, cutting his ten year term short. Andrew McCabe replaced him as Acting Director. As the country continues to sift through allegations of Russian collusion in the White House, James Comey will continue to be a very important person.

James Comey is married to Patrice Failor, and the couple have five children together. They’ve been married since 1987, having met when they were both students at the College of William and Mary.

Although we don’t know much about how much money James Comey made when he worked in the private sector, when he worked with the Federal Bureau of Investigation he was technically a public servant. As a result, his salary was known publicly. As the Director of the FBI, Comey took home a salary of $185,000 per year.

How much does James Comey make per day?

With some really basic math, we can use the salary that we already know to determine James Comey’s daily income. In a year consisting of 365 days, as the Director of the FBI he was making about $505 per day.