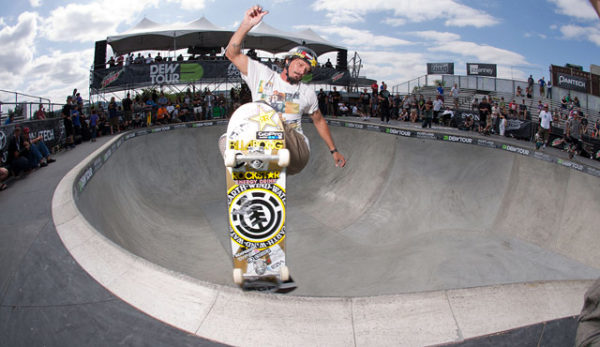 Right up alongside Tony Hawk in the Skateboarding world, and one the the best Vert Skaters ever, Bucky Lasek knew how to make a piece of board with 4 wheels on it really fly. From his height in the late 90’s and early 2000’s as a skateboarding star, he gained international fame for his extreme sports stunts. But where is he now? Here, we take a look at Bucky Lasek’s accomplishments and what he is up to in 2017.

Born Charles “Bucky” Lasek on December 3, 1972 in Baltimore, Maryland, Bucky began his love of skateboarding in an unconventional way. At the age of twelve, having lost his bike to theft, Lasek would start using his skateboard as a means of transportation, and stunts. Within 3 years, Bucky would not only be a competent skateboarder, but one sponsored by Powell Peralta, a skateb rding manufacturing company. Before long he would become part of the Bones Brigade, a group of extremely talented extreme sports athletes, including Tony Hawk. The public would first see Bucky’s skills in a big way with his introduction video with the Bones Brigade, Public Domain, in 1988. Bucky would turn fully pro in 1990.

The X Games and Vert Titles

Unfortunately for Lasek, 1990 and the early 90’s were a bad time for skateboarding. The novelty of the sport had worn off significantly, and no major out-of-industry sponsors were chomping at the bit to sponsor riders. In fact, as a result of this drought of attention to the field, Lasek ended having to mover across the country to San Diego with his family to try to keep his career afloat. Luckily, this would work for the few years needed before ESPN would start off the X-games, reviving mainstream interest of both snowboarding and skateboarding. 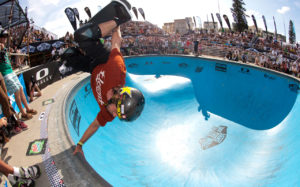 By 1998, Bucky would gain his first silver medal in the Vert Doubles competition, and by the next year repeat the performance with a follow up Gold on the singles competition. This would kick off an astounding career from 1995 (his first formal X Games appearance) to 2016, which would lead to 13 medals. Of these, he would win 3 Gold medals in a row for Vert, one of only two people to make that happen. He would also be one of three athletes to show at every X Games since inception.

Outside of his X Games fame, Bucky would also show up for multiple special events like the Vans Pool Party, the Dew Action Sports tour, the Gravity Games and the Slam City Jam, which he would dominate in his field of specialty. Such talent would soon land him in quite a few video games, mostly of the Tony Hawk Pro Skater and Underground series as a playable character with a few custom tricks. In May 2009, he would end up creating any Vert Skater’s dream, a backyard bowl named Lasekland, which has been home to some of his trick development, and a long list of skate parties.

During his peak of skateboard fame, Lasek would branch out to several other projects within the same sphere. Most well known of these projects would be a friendship and working relationship with Bam Margera. He would often appear in Viva La Bam! Episodes, and even a cameo in their 2003 film, Haggard, handing a skateboard off to one of the main characters. Oddly enough, Bucky would also appear in P!nk’s music video for Raise Your Glass.

Somehow, even with all these appearances and professional outings, Bucky Lasek would also run a Mission/ Socal style burrito joint, Bucky’s Burritos in Newburyport, Massachusetts. This has unfortunately, recently closed down. While the restaurant was open, it was usually given fairly solid reviews as it helped bring the cuisine to a part of the country that hadn’t really been exposed to it before.

To those who have kept an eye on Lasek just for his skateboarding skills, they may think that he resides in his Encinitas, California home, helping raise his three daughters and spending plenty of time with his wife. And of course, pulling tricks in his own backyard bowl. And they wouldn’t exactly be wrong. Since 2015, he has been taking it easier and spending more time with his family, considering himself first a husband and father. However, this is hardly the whole story. In recent years, Lasek as taken to a whole new sort of extreme sport, Global RallyCross. Driving a Subaru WRX STI with the designation of #81, Lasek has been doing some extreme driving for over 5 years. He is still on the roster for the 2017 season, though he has yet to make any large ranking appearances. While it may be true that Lasek seems to have put up his professional boarding skills for only home use, we can expect at least a few more high flying antics from one of the most respected athletes to touch the sky.