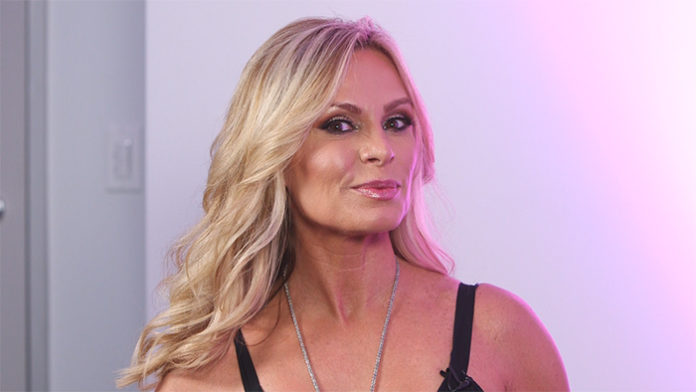 American socialite Tamra Judge rose to fame after joining the third season of The Real Housewives of Orange County. Prior to her television career, the blonde worked as a real estate agent for many years in California. A mother of four, she has been married three times- her latest marriage to Eddie Judge was followed in the Bravo spinoff, Tamra’s OC Wedding.

A housewife since season three, Judge has since been on the show for more than a decade. Throughout the years, she’s successfully carved an identity for herself as a reality star on American television. This summer, she will be reprising her role in the twelfth season of The Real Housewives of Orange County.

Surely as one of the country’s most popular socialites, the blonde has earned herself a sizeable fortune? According to various sources, Tamra Judge currently has an estimated net worth of $800,000. What are her different sources of income? Let’s find out.

How did Tamra Judge Make Her Money & Wealth?

Born on September 2, 1967 in California, Tamra Judge grew up with her parents and brother, Kenny in the city of Glendora. As a teen, she attended a local high school from which she eventually graduated from in 1984. Other than that, not much is known about her early life.

Having said that, we do know that she married her first husband, Darren Vieth a few years after her graduation. From there, the two soon welcomed their son, Ryan Vieth into the world. To support the family, the blonde began working as a real estate agent in California- she would continue this position for many years, more specifically up until she was cast in Bravo’s The Real Housewives of Orange County.

By the end of the 90’s, Judge had split with her first husband, and had tied the knot a second time with Simon Robert Barney. With him, she had three children, two sons and a daughter. After working as a real estate agent for many years, she received a big break after landing a role in the popular reality series, The Real Housewives of Orange County in 2006; Judge was in her late thirties at the time.

Joining the cast, Judge made her debut that Fall during the season premiere which aired on November 7, 2007. Aside from her, season three also starred Vicki Gunvalson, Jeana Keough, Lauri Peterson, and Quinn Fry. The original Real House Wives series, The Real Housewives of Orange County proved to be a huge success, drawing in millions of viewers during its broadcast. Thanks to the show’s popularity, Judge was able to make herself known on reality TV.

Since then, Judge has remained on the show for well over ten years- making her one of the longest staying housewives in the series (second to Vicki Gunvalson). Considering that, it’s only natural that she’s earned herself a sizeable fortune from the franchise. One of the most popular reality series on television, it’s no secret that its cast members receive a hefty pay check for their time- in fact, it’s not uncommon for some housewives to receive six digits for starring on the show.

How many zeros are attached to Judge’s pay check? Despite having fought with nearly every lady in the show, she is paid incredibly well- in fact, she’s one of the highest paid on stars in the entire franchise. According to various insider sources, the blonde has been earning upwards of $600,000 per season. Multiply that by ten for ten seasons, and her total earnings from The Real Housewives of Orange County would be roughly $6 million!

In the fall of 2013, the reality star also got her own Bravo mini-series called, Tamra’s OC Wedding, which followed her wedding with Eddie Judge. Premiered on September 2, 2013, the first episode garnered over 1.27 million views in the US. A three-part documentary, its second and third episode drew in 1.44 and 1.40 million viewers respectively. Although ratings for the spin-off were not particularly high, it further cemented her popularity on American television nonetheless.

While Judge is best known for her appearances in The Real Housewives of Orange County, she’s also appeared in many other programmings over the past years. For instance, she’s been invited as a guest onto the TV talk shows Lopez Tonight (2011) Today (2012), Chelsea Lately (2012), The Ricki Lake Show (2013), and The Doctors (2016). In addition to that, Judge has taken part in Who Wants to be a Millionaire? (2010), and Watch What Happens: Live (2011).

In addition to her television career, Judge is also the owner of a fitness gym dubbed CUT Fitness, which is located in Santa Margarita, California. A co-venture with her fitness enthusiast husband Eddie Judge, they boast a number of certified trainers for High Intensity Interval Training. According to their website, a 30 day unlimited membership will run you anywhere from $125 to $150 (depending on your payment type).

On Instagram, the socialite has amassed well over 1.1 million followers. With such a wide audience, she’s had multiple opportunities to team up with various brands for product endorsements and sponsorships. Did you know that such campaigns can easily earn an online star a few grand a pop?

Yes, Tamra Judge has been married to entrepreneur Eddie Judge for three years; they tied the knot on June 15, 2013. As mentioned earlier, their wedding was chronicled in the Bravo mini-series, Tamra’s OC Wedding.

Does Tamra Judge Have Any Children?

Yes, the reality star is a mother of four. She has two daughters named Sophia and Sidney Barney, and two sons named Spencer Barney and Ryan Vieth.

For a long time, it was reported that the blonde was in the midst of a custody battle with her ex-husband, Simon Barney. Finally in 2016, she cleared up the claims stating that she’d never in fact, lost custody of her children.

Recently however, it’s been revealed that Judge has an “estranged relationship” with her daughter, Sidney, whom she hasn’t seen in years, according to sources. Since then however, the two’s relationship seems to have gotten a little better, as Judge was seen at her high school graduation this June.

Did Tamra Judge Go to College?

No, from what we can tell, Tamra Judge did not go to college after finishing high school.

Although certain details are unavailable, it is known that Judge recently renovated her kitchen to include new Quartz counter tops and a Thermador professional stove. Since the “face lift”, she has posted multiple before and after images onto her Instagram account.

Unfortunately, we do not have any pictures of Tamra Judge’s house to share at this time.

What Kind of Car Does Tamra Judge Drive?

We currently do not have any information on her vehicle.

From a real estate agent to a reality star, Tamra Judge has come a long way over the past decade- since she first made her television debut back in 2006, her popularity has soared immensely thanks to the hit series, The Real Housewives of Orange County.

After having risen to fame, the blonde has appeared in multiple TV shows such as Who Wants to be a Millionaire Online, Big Morning Buzz Live, The Ricki Lake Show, The Doctors, and Access Hollywood Live. Heck, she even got her own spinoff on Bravo in 2013!

This summer, Tamra Judge will be starring in the twelfth season of The Real Housewives of Orange County, which is set to premiere on July 10, 2017.