What Happened to Kimberley Stewart – What is She Up to Now? 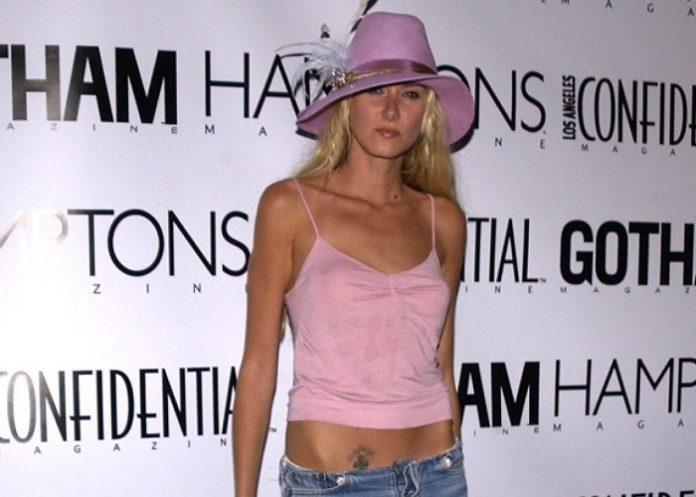 Kimberley Stewart was born into a glamorous and famous family and has never strayed too far away from the limelight. She is a socialite, model, fashion designer and reality TV star, but she is perhaps stilll best known as the daughter of the gravelly voiced Scottish rock star Rod Stewart. Kimberley has rubbed shoulders with the offspring of other rich and famous Hollywood stars since a young age and she has gained a reputation as a reliable and always glamorous model, as well as a well known star of reality TV shows, but what’s Kimberley doing now in 2018? Read on to find out.

Kimberley was born in Holmby Hills, Los Angeles on August 20th 1979. Her Father, the singer Rod Stewart had long been a constant source of tabloid gossip due to his numerous liaisons with a string of beautiful women, including several models and the actress Britt Eckland, but his marriage to Alana Hamilton, the ex-wife of actor George Hamilton was the first time he had tied the knot officially. Rod and Alana also had a son, Sean, in September 1980 but it wasn’t too long before Rod went back to his old philandering ways and left his young family for the attentions of model Kelly Emberg in 1983.

Despite the split of her parents, Kimberley enjoyed a happy childhood, her parents stayed friends and she remained close with both of them, as well as George Hamilton, Alana’s ex-husband who maintained a strong relationship with her and became a step-father figure to Kimberley and her brother. During her early years she was friends with Paris Hilton at Buckley School in Sherman Oaks, California, and she also counted Jack Osbourne and Zoe Winkler among her friends. Coming from a family and environment so rooted in show business it’s no real surprise that after graduating she followed her ambitions of making it as an actress. She studied under renown acting coaches Ivana Chubbock and Janet Alhanti and also went to London, England to study at the Royal Shakespeare Company. Kimberley worked on her vocal skills in England too, working with singing coach Mark Meylan of the Royal National Theater, and she perhaps hoped to follow in her famous fathers footsteps in time, but eventually the showbiz studying paid off, and she began to get a few small parts.

Another one of Kimberley’s early ambitions was to enter the World of fashion. Aged just 19 she created her own fashion collection, named ‘Pinky Starfish’ and she launched her own clothing label. The collection was a success but the clothing line eventually failed as Kimberley had problems setting up a reliable supply chain. Her acting career seemed far brighter initially, in 2001 after a few uncredited appearances as an extra, she landed the role of ‘Claire’ on the pilot of the drama series ‘Going to California’. The following year she had a role in the sitcom ‘Undeclared’, but within a few years the glamorous five foot ten inch tall blonde began winning some lucrative modelling contracts.

Kimberley worked with Tommy Hilfiger, Elle, Vogue and Vanity Fair, she won a $180,000 deal with high-end underwear manufacturer Ultimo and appeared on several magazine covers, including Vanity Fair and Tatler. The Tatler cover in particular was notable, it was shot by Canadian rock star and photographer Bryan Adams and featured not only Kimberley, but also Peaches Geldof and Leah Wood, daughter of Ronnie Wood from The Rolling Stones, all of whom appeared nude. It wasn’t Kimberley’s first nude photo-shoot, previously she had posed naked with a crucifix in the Italian edition of Vogue, and in the process received condemnation from the Vatican, who subsequently barred her from Vatican City.

Kimberley Stewart And The Press

Kimberley has always had a touch of the controversial about her, her wild parting days have become less wild as she’s become older, but it’s clear that she enjoys letting her hair down no matter what anyone thinks. She has expressed a wish to settle down, get married and have children, but so far she has only definitely managed one of those three. In 2005 she created a media storm after becoming engaged to Talan Torriero, star of the MTV reality show ‘Laguna Beach’, even though she had only known him for a month and he was seven years her junior at only 19. The engagement didn’t last however, after just two weeks the couple called it off and Kimberley was later linked to a string of men by the more sensationalist elements of the tabloid press. Kimberley explained in an interview that despite living in a gated community beyond the reaches of the paparazzi, whenever she left home she was followed by photographers. Once, in London, she found herself locked out of her flat after leaving a nightclub. She stayed with comedian and actor Russell Brand for the night, and the pair were bemused and shocked to discover that the tabloid papers were full of the news of their ‘torrid’ affair just a few hours later.

In 2007 Kimberley starred in her own reality TV show, ‘Living With Kimberley Stewart’, and in 2008 she featured in the music video for Elevation’s ‘Razoreyes’. In 2011 Kimberley won her first movie role, when she played the role of Jane in the comedy drama ‘Homecoming’ and the following year she took the part of Kim in ‘Lost Lake’, a supernatural thriller starring Ezra Buzzington of ‘Fight Club’ fame. In 2015 it was back to reality TV with the E! Networks ‘Stewarts & Hamiltons’ that featured the close family relationship between Kimberley’s mom Alana Stewart, and her ex-husband George Hamilton. The show aired for one season but was not a great success and didn’t return for a second.

Growing up as the daughter of a World famous artist certainly had it’s eventful moments for Kimberley. Rod would arrive to pick her up from school driving a Lamborghini and wearing his trademark Leopard-skin outfit, Kimberley has recalled her embarrassment at the time, and the teasing from school friends she received as a result, to the extent that she asked Rod to wait for her along the block. But it wasn’t all bad, despite his wild man of rock image Rod was quite the family man when on tour and used to take Kimberley with him. On one occasion he got hold of twelve chickens and set them loose in his drummers hotel room with Kimberley’s help.

Kimberley has spoken about how difficult it has been for her make it in showbiz under the shadow of her famous father, and Rod’s much publicized and occasionally chaotic personal life seems to have given the media plenty of ammunition to label Kimberley as a wild-child too, but these days Kimberley’s partying days are over, and her personal life, although fairly unusual, is no where near as juicy for the press as her fathers has been. In April 2011 it was announced that Kimberley was pregnant after a fling with actor Benicio del Toro. The pregnancy was the result of a casual encounter and the pair had never been in a relationship, but both seemed to be overjoyed with the result and Benicio was fully supportive towards Kimberley and the child. In August 2011 Kimberley gave birth to her daughter, Delilah Genoveva, also giving her the surname del Toro, and the couple have since then seemed to make their non-relationship work far better than many Hollywood marriages.

With the birth of Delilah, Rod Stewart became a grandfather for the first time, and Kimberley revealed that even though he was overjoyed at the birth, he had some concerns over Kimberley’s unusual personal life. Rod, who now has eight children with five different women and is currently married to his third wife, the model Penny Lancaster who is almost thirty years his junior is perhaps not the best role model when it comes to giving advice about relationships, and despite the unusual circumstances of Kimberley’s pregnancy, she and Benicio del Toro seem to be equally happy to be bringing their daughter up together, even though they have never been an item. Benicio, who has a well-deserved reputation as a ladies man has openly spoken about his various trysts and insisted that if he were ever to get married it would quickly end in divorce, but he and Kimberley have been seen several times on ‘family’ trips with Delilah and always seem to be happy with the situation.

In January 2017 Benicio, Kimberley and Delilah were seen on a trip to the California Science Center, and although they usually seem reticent to be photographed together, they always seem happy together. Kimberley’s relationship with Benicio del Toro may not be intimate, but it’s clear that they work well together co-parenting their daughter. Kimberley is often seen out and about in Hollywood, and it’s clear that her fashion experience is being passed on to Delilah, the pair are usually geared up in trendy designer gear and Kimberley’s experience in the fashion trade is clear to see.

Kimberley has continued modelling after giving birth to her daughter and she has also worked with several charitable causes in recent years, most notably after the devastating earthquake in Haiti in 2010. She actively worked in Haiti immediately after the earthquake for a voluntary relief organization and raised money for Sean Penn’s Haitian Relief Organization J/P HRO by running in the New York marathon in 2015. In the same year she launched a skinny scarf collection ‘Kimberley Stewart for Rockins’ in collaboration with the UK based fashion line Rockins.