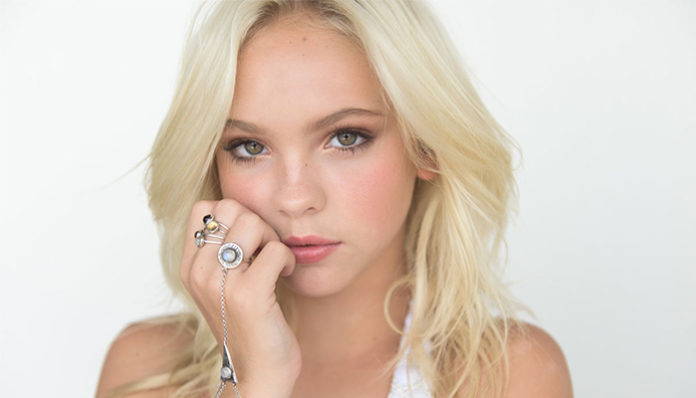 Multi-talented performer Jordyn Jones first rose to prominence as a contestant on Lifetime’s Abby’s Ultimate Dance Competition. A naturally gifted dancer, her parents encouraged her to pursue the art form at an early age. By the time she was in grade school, she had took part in a number of local competitions.

At the age of twelve, Jones garnered widespread attention after competing in Abby’s Ultimate Dance Competition, where she ultimately placed fifth. From there, the exposure that she received on the show went on to garner her a number of television offers. For instance in 2014, she was given the opportunity to hot the Nickelodeon Kids’ Choice Award.

Since then, Jone has accomplished a lot- not only has she released a handful of original songs, but she’s also attained a decent following across a number of social media platforms. Currently, the blonde has a net worth of $500,000. To find out where this wealth came from, let’s take a more detailed look at her career, thus far.

How did Jordyn Jones Make Her Money & Wealth? 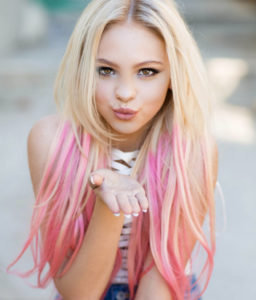 Born on March 13, 2000 in Kalamazoo, Michigan, Jordyn Jones took to the dancing practically as soon as she could walk. Recognizing her star potential, her parents later enrolled her in formal dance lessons; as a girl, she was extremely fond of hip hop. By the time she was ten, Jones had taken in part in several local dancing competitions.

Although she never won any major awards at the national level, her talent eventually led her to take part in Lifetime’s reality series, Abby’s Ultimate Dance Competition in 2012. An audience favourite, she won the initial group challenge which earned her the right to perform the first solo. Despite her impressive display of talent, Jones was eventually sent home after pulling a muscle during a performance; she placed fifth overall.

Although she didn’t go home with the winner’s title, her performance ultimately caught the attention of the Reload Music Group, an agency for young artists. With a little help from them, Jones eventually started to land a number of television gigs. In 2013, the blonde appeared in a few TV programmings including TinaQ’s Celebrity Interviews, On the Spot Interviews, and Teens Wanna Know.

The following year, Jones received a huge break after being given the opportunity to host the popular Nickelodeon Kids’ Choice Awards. From there, she appeared in an episode of Q N’ A With Mikki and Shay, prior to appearing in the video shorts, Playground Politix (2014), and Todrick Hall: Freaks Like Me (2014).

A few months later, her presence received another boost after she was featured in the Youtube videos, Dance Camp and Coked Up!. A huge hit, the two clips quickly racked up millions of views, after trending and going viral online. Thanks to the original movie shorts, Jones’ fan base grew considerably during that period.

Speaking of Youtube, Jones is also an active user on the website, with over 1 million subscribers to her name. Although she had had her channel since 2008, it wasn’t until 2014 that her follower count started to go up. That year alone, her fan base grew by a few tens of thousands. By 2015, the dancer had over 170,000 subscribers- a huge increase from the 8,000 that she had a year earlier!).

Since then, the videos on her page have been viewed over 137 million times altogether. According to Socialblade, Jones’ Youtube channel receives anywhere from 50,000 to 100,000 views a day, as of June 2017; her daily subscriber count has also been increasing in a similar fashion.

Currently, the 17-year-old’s most popular upload is that of Banji by Sharaya J; it has received over 33 million hits since it was first posted in 2014. Some of her other top videos include Lip Gloss by Lil Mama, Fancy by Iggy Azalea, Lips are Moving by Meghan Trainor and Jordyn Jones on Dancing with the Stars– combined, they have over 53 million views!

Capitalizing on her online popularity, Jones earns a steady income on Youtube through the site’s partnership program. Typically, Google pays its users upwards of $5 per 1,000 monetized views, for displaying advertisements on their videos. Obviously, the exact amount would vary depending on factors such as audience location and content.

Assuming that 40% of her total views is monetized, then Jones would have earned at least $100,000 from her Youtube videos alone over the past few years. For a teen, that’s really quite impressive.

In addition to her personal channel, Jones also has an official Vevo account on Youtube, through which she’s able to earn some passive income. Since it was first launched on June 15, 2015, her music videos have collectively received over 33.7 million lifetime views. To date, the channel has close to 350,000 subscribers. Currently, her MVs for I’m Dappin and BRUH! are the most popular, with 9.1 million views each.

On Instagram, Jordyn Jones has also become a “social media influencer” with over 3.7 million followers. As someone with a considerable audience on the platform, it’s not unusual for her to be contacted by brands and companies for product sponsorships and endorsements. For every campaign, an online celebrity can easily yield upwards of a few thousand dollars. Sure, we don’t know exactly how much Jones has received for these kind of stints, but it’s likely a considerable amount.

Aside from being a dancer, and social media influencer, Jones has also released a handful of original songs over the past years. An aspiring singer ever since she was young, the blonde came out with her first single entitled, I’m Dappin on July 1, 2015. Praised by fans and critics alike, its official music video on Vevo has since been viewed over 9.1 million times. On Soundcloud, the title has also been streamed more than 65,900 times.

On December 14, 2015, she released her first collaboration- U Already Know, which featured Josh Levi. Although it didn’t perform as well as her debut effort, its music video went on to reach 8.4 million views on her Vevo account. Later uploaded onto SoundCloud, the song has since received over 91,500 streams- making it her most popular title on the site to date.

The next March, Jones dropped her next single entitled, FiyaCracka. Accompanied by an official music video, much like her previous releases, it has garnered over 4.3 million views on Youtube thus far. From there, she came out Bruh! on June 20, 2016. A big hit, its view count on Vevo quickly made it into the millions not long after its release. Raved by fans, the single has since been streamed over 55,400 times on Soundcloud.

Speaking of the audio-streaming platform, artists such as Jordyn Jones herself are also capable of monetizing their content by displaying ads between their tracks on Soundcloud. The exact amount earned however, is hard to say- it depends on the content, material, and audience.

In the past, Jones has taken part in two live concerts- one at Worcester’s Outdoors at the Palladium event in June 2015, and another at Dallas’ Centennial Hall in March 2016. Obviously, she would have been paid handsomely for each of these stints- not to mention that such appearances also help to further boost her popularity. Most recently, the blonde also held a live show and meet and greet event on June 19, 2017.

In terms of future shows, it has been announced that the blonde will be performing alongside Lauren Orlando and Johnny Orlando at The Masquerade in Atlanta this coming July. Later this fall, she will also be joining lineup of the Coca-Cola Music Experience 2017, which is slated to take place in Madrid, Spain.

Currently it is estimated that Jordyn Jones has a net worth of $500,000. Drawing from everything that we’ve discussed above, it’s easy to say that she has a few major sources of income- her Youtube channel, her music, and her live shows; of course, her earnings are also supplemented by what she receives from her various television gigs.

With so many accomplishments under her belt, we’re inclined to believe that her fortune will continue to rise in the near future.

No, Jordyn Jones is not married. However, she has been in a relationship with the musical.ly star, Brandon Westenberg since December 2016. Enlisting the help of Jones’ best friend Luna Blaise, Westerberg had asked her to be his girlfriend creatively by writing “Girlfriend?” on a Starbucks cup, which he then gave to the dancer.

She eventually posted a reaction video onto her Youtube channel called, New Boyfriend?!?!, in which she shares the experience with her fans.

Does Jordyn Jones Have Any Children?

No, Jordyn Jones does not have any children that we know of.

Did Jordyn Jones Go to College?

No, the blonde has not gone to college- or more accurately, the 17-year-old is still finishing up her studies at high school. Will she be pursuing further education at a college after her graduation? Only time can tell for now.

Unfortunately, Jones has never revealed much about her home (other than what’s shown in her Youtube videos). Considering her age, she probably still resides with her parents in her home state of Michigan.

Because of that, we do not have any pictures of her house to share at this time.

What Kind of Car Does Jordyn Jones Drive?

According to a tweet that she posted in March 2016 (“So I got a Mercedes and I don’t even have a permit yet”), Jordyn Jones owns a Mercedes Benz. Since then, she’s posted a number of videos of her car on Snapchat.

Jordyn Jones as a Philanthropist

In April 2015, Jones took part alongside Will Jay and Drake Bell in a Meet & Greet and Concert event in California, where the proceeds went towards helping to raise a cure for Cystic Fibrosis.

This June, she also performed her new song, Bruh!, live in which the funds from the event went towards Fandation LA- a non-profit that helps to provide better education, and build safer schools with the community’s help.

Not only does she have multiple singles under her name at the age of seventeen, but Jordyn Jones has also appeared on television several times since she first appeared on Abby’s Ultimate Dance Competition in 2012. In 2016, she even made her big screen debut in the film, Dance Camp.

Continuously growing in popularity, Jones has amassed over 5 million followers across all of her social media platforms. On Vevo account, she has also accumulated close to 350,000 subscribers.

As mentioned above, the star will be making a couple of appearances later this year in Atlanta, Georgia and Madrid, Spain. For more information, please visit her official website.

The last that we heard, she was also working on putting together her first studio album.