Twan Kuyper Net Worth 2018 – How Rich is the Social Media Star? 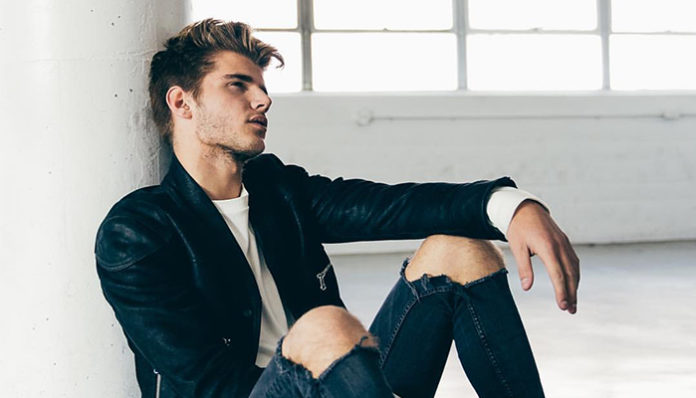 One of the most popular stars on social media, Twan Kuyper first skyrocketed to fame after joining Vine in 2013. Originally from the Netherlands, the chap started to work as a model at the age of sixteen. With his dashing good looks, he easily made it to numerous fashion and runway shows. At the age of eighteen, he relocated to South Florida to further pursue his modelling career.

Following his move, Kuyper was introduced by his best friend to the social media sensation Vine. As it happened, his very first clip ended up garnering him over 80,000 followers in a day. From there, his presence in the online community only grew with time.

Since then, he has also made a name for himself on Youtube, where he posts videos from comedy skits to vlogs. Surely with this kind of notoriety, Kuyper has managed to bank a considerable amount? According to sources, the 18-year-old currently has a net worth of $200,000.

Let’s take a look at how he’s yielded this fortune over the past years.

How did Twan Kuyper Make His Money & Wealth? 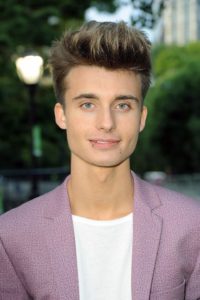 Born on February 19, 1995, Twan Kuyper spent his youth in the Netherlands, with his four siblings. Blessed with good looks, he eventually embarked on a modelling career at the age of sixteen while still attending high school. Over the next few years, he took part in numerous photo shoots and print campaigns; he even participated in several fashion and runway shows.

Wanting to pursue modelling more seriously, Kuyper decided to move to South Florida at the age of eighteen in 2013. Ultimately, it was there that he was introduced to the video-sharing platform, Vine, by his close friend, Lele Pons. Going ahead with his suggestion to make an account, he soon posted his very first video onto Vine. As it happened, the six-second clip quickly garnered him over 80,000 followers on the first day, after going viral online.

Amazed at the turnout, Kuyper continued to update his Vine account with new content. By the end of the first week, his comedic clips had brought him over the one million follower mark. By January 2017 (e.g. the shutdown of Vine), the model had more than 2.2 million fans on Vine- making him one of the most popular users on the platform. In addition to having garnered millions of followers, he also befriended a few Vine stars including Alec Bailey, Rudy Mancuso, Hayes Grier, Christian Delgresso, among a few others.

Thanks to his presence on Vine, he had the opportunity to collaborate with numerous brands and companies during the mid 2010’s. According to a recent interview he did with Forbes, most of the brands initially reached out to his manager, who later laid it out for the star.

Considering his popularity, he would have easily banked a few thousands, perhaps even a few tens of thousands, from such endorsement deals alone. Although it’s never been revealed exactly how much, it’s most likely a considerable amount.

After Vine was shut down in early 2017, Kuyper turned his attention to his Youtube channel, which he had launched back in 2015. Relocating his efforts, he began uploading a number of skits, and vlog videos to his page, which received countless of hits each. By January 2017, he had amassed over 219,000 subscribers- which is fairly impressive in itself.

As of June 2017, the model is just 10k shy of the 290,000 subscriber mark on Youtube. His popularity constantly rising, he has garnered over 8.5 million lifetime views across his channel so far (which currently contains 65 videos). Statistics wise, Kuyer receives anywhere from 22,000 to 25,000 views a day, according to Socialblade. As for his subscriber count, it’s been increasing at a rate of 200-400 subscribers a day for the past little while.

Looking at the contents on his channel, his most popular video is that of his Jellybean Challenge With Lele Pons, which has since been viewed close to 2 million times. Some of his other popular videos include Eating Challenge w/Lele Pons, The “Stuff Your Mouth” Marshmallow Challenge, When Your “Mom” Calls w/ Amanda Cerny, and When You Breakup Too Quick; altogether, they have received over 3.2 million video views.

As I’m sure you’re already aware, Youtubers are able to earn money through Google’s partnership program- that is, users choose to display ads on their videos, which in return, yields a small amount of money per x views. According to reports, the website pays anywhere from $2 to $5 per 1,000 monetized views (e.g. typically 40-60% are monetized). Assuming this is true, Kuyper would have easily earned at least $6,800 from his Youtube channel.

Aside from what he’s accomplished on social media, Kuyper has also taken part in a few acting projects. For instance in the summer of 2015, he was involved with the short comedy, Fifth Harmony: Worth it, PARODY, which starred Bart Baker, Gabrielle Jeanette Hanna, and Wellington Boyce. Following that, he played a small role in the crime drama short, The Broken Record, which was released on March 3, 2016. According to IMDb, he will also be making his feature film debut in the mystery thriller, A Mother’s Sacrifice,  sometime this year.

Staying close to his career beginnings, the dashing young man hasn’t given up modelling quite just yet- in fact, he’s still relatively involved with the industry. Last February, Kuyper landed a modelling contract with Wilhelmina, a New York City-based company that has worked with a number of other stars including Jake Miller, Demi Lovato, and Shawn Mendes.

Although he hasn’t embarked on any tours or concerts of that sort, Kuyper has given a live performance in front of a crowd back in 2015. That June, he was in Worcester, Massachusetts, for the Outdoors at the Palladium event DigiFest event, which also featured the likes of Jack & Jack, Mahogany Lox, Ry Down, Alyssa Shouse, Carter Reynolds, and The Dolan Twins, and many others.

Aside from Vine and Youtube, Kuyper is also incredibly well known on Instagram. Since he first joined the photo-sharing app, he has gained over 3.2 million followers- naturally, he has become one of the many social media influencers (e.g. an individual with an established audience and credibility online) on the platforms. As such, he has worked with numerous companies to promote their products throughout his Instagram career- all of these gigs would have earned him a significant amount throughout the years.

From everything that we’ve said above (and from what he’s stated from interviews), it’s obvious that Kuyper has banked most of his fortune from sponsorship and endorsement deals on social media. Of course, whatever he receives from those gigs would be supplemented by what he earns from Youtube (e.g. Google ads), and his modelling work. Considering how he has many years of experience in the modelling world (he started back when he was 16!), his pay checks from the companies shouldn’t be too shabby.

At just twenty years old, Twan Kuyper’s career still has a lot of room for growth- it certainly wouldn’t be surprising if his overall net worth was to break into the millions in the near future. As he continues with his work on Youtube, Instagram (where he already has millions of fans) and as a model, his fortune is extremely likely to go up.

Seeing as how he’s recently broken into Hollywood, we may just end up seeing more of him on the big screen in the near future. Only time can tell for now, though.

No, Twan Kuyper is not married. In fact, not much is known about his love life, other than the fact that he’s currently seeing a Dutch girl, whose identity has never been revealed. Still, he works to maintain a “single status” across his social platforms.

We’re not too sure whether or not he’s dated any other women in the past (though we’d be inclined to say yes considering his good looks).

Does Twan Kuyper Have Any Children?

No, Twan Kuyper does not have any children that we know of.

Did Twan Kuyper Go to College?

Not much is known about Kuyper’s schooling history; having said that, we do know that he studied business administration at one point when he was sixteen (as stated on his modelling website). Seeing as how busy his modelling/social media career keeps him, it’s unlikely that he’s had time to pursue further education.

Unfortunately, Kuyper has never disclosed any details about his pad. For now, all we know is that he resides in South Florida, to which he moved to when he was eighteen years old.

Due to the above, we do not have any pictures of Twan Kuyper’s house to share at this time. Should he ever reveal any details about his residence, we’ll let you know on this page.

What Kind of Car Does Twan Kuyper Drive?

Details regarding his vehicle are currently unavailable at this time.

Twan Kuyper as a Philanthropist

In the fall of 2016, the Dutch star launched a Gofund Me page for his friend, Wouter who was diagnosed with Acute Lymphatic Leukaemia. Since its creation on November 23, 2016, it has helped to raise over 2,673 € (approximately $3000 USD).

Aside from that, he’s also given back as a supporter of the Charlotte and Gwyneth Gary Foundation to Cure Batten Disease- a nonprofit that helps to raise funds for medical research of the condition. As well, he has contributed to ChangUr- an app where a portion of every purchase is donated to a charity of one’s choice.

One of Vine’s most popular stars, Twan Kuyper had accumulated over 2 million followers by the time it was shut down in January 2017; prior to that, his clips were fetching 10 to 20 million loops each. Since the shut down of Vine, he has focused his attention on his other accounts including Instagram, Youtube, Twitter, and Snapchat; combined, they have amassed more than 4 million followers.

Not only has he made a name for himself in the online community, but he also broken into the acting realm with the crime drama short, The Broken Record in 2016.

Sometime over the next few months, the Dutch star will be making his motion picture debut in the film, A Mother’s Sacrifice (2017), which will also feature Rick Ravanello, Kristy Swanson and Same Wiechec.

In addition to that, he will also be taking part in the drama thriller, Woman on the Edge (2017)– a movie slated to come out later this year. If anything, we’d say that he’s starting to get more involved in the acting scene!