Skippa da Flippa Net Worth 2018 – How Much Does He Really Make? 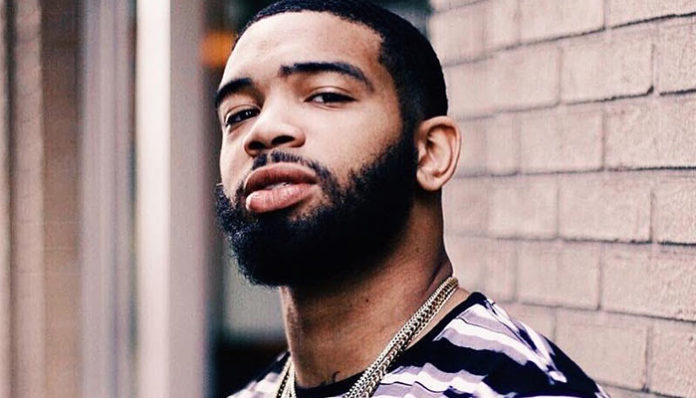 American artist Skippa da Flippa made his debut on the Quality Control Music label in the early 2010’s. Despite being from Florida, he spent most of his youth in Atlanta, Georgia, where he first got involved in the music circuit. Initially interested in trap, it wasn’t until he joined the hip hop group Migos, that he was first introduced to the rap genre.

After performing with the crew for a while, he set his eyes on a solo music career. Landing a record deal, Skippa da Flippa went on to release his debut mixtape, I’m Havin in the winter of 2015. Since then, his resume has grown to include a few other tapes and several singles.

Striving to make his way to the top, Skippa da Flippa continues to put forth new music every week on his Youtube channel, for what he calls, #FlippaFridays. Currently, it is estimated that the rapper has a net worth of $400,000. Interested in know how he earned his wealth? Read on and find out!

How did Skippa da Flippa Make His Money & Wealth? 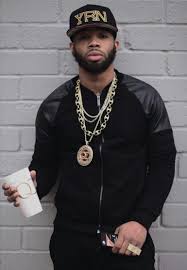 Born on June 22, 1992, in Florida, Skippa da Flippa (Real Name: Kevin Markees Purnell) was originally involved in the trap scene as a young teen. Growing up, his youth was split between Palm Beach, and Atlanta, Georgia; it was ultimately in Atlanta that he first started to produce trap music. From there, he was eventually introduced to rap by the fellows of Migos- a Georgia-based hip hop crew.

Nowadays, he is perhaps best known for being one of the pioneers of the dab- a dance move that has been enjoyed by likes of LeBron James and Hillary Clinton. Despite that, his dabbing was often ridiculed at the beginning of his career; it wasn’t until later on that people started to pick up on the dance move.

Involved with music his entire life, Skippa da Flippa had performed both trap and rap for many years, prior to his music debut. Known for being relatively aggressive behind the mic, he was featured in Migos’ QC Addiction in February 2014. From there, he released his first song, Safe House on May 1, 2014, which included vocals from Rich The Kid and Migos.

Later that month, he came out with his next single, Aquafina, which featured fellow rapper, Soulja Boy. Carrying on with his momentum, Skippa subsequently appeared in Migos’ new song, Trenchez in June 2014; he also made an appearance in the official music video, which has since been viewed over 9.2 million views on Youtube.

On November 21, 2014, the Florida rapper teamed up with his former collaborator, Rich the Kid for the song, Dropping A 100. Produced by Cassius Jay, the project also featured the work of Migos. Just a few days later, Skippa delivered his next beat, Chicken Coupe, a track that has been streamed over 6,300 times to date on Soundcloud. Around that same time, it was also revealed that the artist had been prepping his first mixtape, I’m Havin.

One of the newest signees of the Quality Control label, he eventually dropped the tape on December 3, 2014. Boasting eighteen tracks, it included the titles All You Should Want, Keep It 100, Won’t Sell My Soul, Chase Your Dreams, Since Back When, Chicken Coop, and How Fast. Produced by the likes of Cassius, The Beat, Phenom Da Don, and Butler, it also saw a few features from Sauce, and Lil Dark. Fairly well received among fans, an MV for the song was eventually uploaded online in January 2015.

On July 12, 2015, Skippa da Flippa shared First Day Out, his first track since he went to prison in April for drug and gun possession charges (he was arrested by authorities while performing at Georgia Southern University with the QC family). Despite his short stint behind bars, his popularity never wavered; to date, the track has been streamed more than 136,000 times on his official Soundcloud account.

Following that, he was featured in Rich The Kid’s new rap song, Plenty Paper alongside Key!, which was made available on September 15, 2015. Unsurprisingly, Skippa was also featured in the official MV, which was dropped a few days later on September 18, 2015. Although many reviews for the track were mixed, it went on to garner over 500,000 views on Youtube.

On October 19, 2015, the rap artist delivered his next single, No Witness– a collab with Migo’s Offset. Noted for its terrifying clown laugh at the beginning, its production was handled by their friend, Murda. Fairly well received, it has since been played more than 175,000 times on QC’s official Youtube channel.

A week later, Skippa da Flippa unveiled a HotNewHipHop Freestyle track online, which also featured QC rapper, Jose Guapo. Recorded at the HNHH studio, the song-produced by Jazzfeezy, also included a visual that was released on the same day; in it, the two rappers can be seen chilling outside the infamous fire escape of the HNHH office.

Before the end of 2015, Skippa made a couple of guest appearances in DJ Bandz’s On Me and in Migos & Young Thug’s Crime Stoppers. Afterwards, it wasn’t until April 2016 that he returned in Rich The Kid’s Phone Tap Freestyle, which also featured the likes of Lil Yachty. Praised by fans, the collab has since gone on to receive over 13,000 streams on Soundcloud.

On April 8, 2016, the QC artist released his second mixtape, I’m Havin II– the direct sequel of his 2014, I’m Havin. Recorded in between Los Angeles and Atlanta, the project contained cameos from a number of artists including Lil Yachty, Quavo, Mango Foo, and Offset. Produced by 30 Roc, C-Note, Jrelentlesz, Dot-N-Pro, and Taumatone, it came with the titles 1000 Bars, Not New to Me, Same Bitch, I’m Telling Ya, Get Loose, and Sportscenter, among others.

Soon afterwards, he helped Stape with his debut single, Know It on April 14, 2016, after which he made a cameo in iLoveMakonnen’s new song, Loaded Up. A month later, he returned with another collab- this time with Trouble in the track, Watch Doin, one that also featured his longtime collaborators, Young Thug and Quavo.

On June 3, 2016, Skippa once again teamed up with Quavo to deliver the song, Swervin Down. Featuring a beat by TraumaTone, the ballad-like track proved to be a major hit, having since received millions of plays online across multiple platforms; on Youtube alone, it has garnered well over 3 million views.

Carrying on with his music career, he went on to guest star in Trill Sammy’s Look At My Ice and in Rich The Kid’s Stay Focused that July. Eventually on August 29, 2016, he released a new song dubbed, I’m Eatin, which featured production by Helluvalife. Since then, it has managed to rack up more than 480,000 plays on QC’s Youtube channel in less than a year.

On August 31, 2016, the QC family member came out with his next full length project, I’m Tellin Ya. A must-download for fans, the mixtape contained features of Juicy J, Young Thug, Lung Lan, Trouble, and Lil Yachty. Among its tracklist were the titles All I Want, How Did U No, Slow It Down, I’m Eating’ Friends, Trippy Bounce, and My World. On Soundcloud, most if not all of the tracks, have been streamed tens of thousands of times.

On the same day, Skippa also released the record, Trippy Bounce which featured Juicy J and Lil Yachty. A thrilling collaboration, it has received over 20,000 plays on HNHH alone; on Youtube, the collab has been viewed close to 80,000 times.

From all that’s been mentioned above, it can easily been seen that the rapper has earned most of his income through the success of his mix tapes and singles. Aside from his musical releases, the rapper has also put on a number of live shows in the past couple of years- obviously, these stints would have helped to further supplement his income. For instance in 2016, he performed on stage at eight different cities from Los Angeles, California to Cambridge, Massachusetts.

For all we know, he may even get a share from the sales of QC’s online merchandise store, in which fans are able to purchase items such as t-shirts and caps.

Assuming that he continues on with his music career, it’s likely that his overall net worth and assets will continue to go up.

No, the QC rapper is not married. In fact, from what we can gather, he is currently single; he has never made any mentions of having a girlfriend or partner.

Does Skippa Da Flippa Have Any Children?

No, Skippa Da Flippa does not have any children that we know of.

No, from what we can gather, the recording artist did not go to college- having said that, not much is known about his early life. Presumably, Skippa had started to focus his efforts on music after graduating from high school.

Where Did Skippa Da Flippa Get His Name From?

Where did the rapper get his unique stage name from? Last May, he revealed the origin of his moniker in an interview with DJ Smallz. To watch the video clip, click here.

Unsurprisingly, we do not know too much about his current pad- as he tends to keep his personal life private. The last time that we checked however, he had settled down in Atlanta, Georgia, for his burgeoning rap career.

Unfortunately, we do not have any pictures of Skippa Da Flippa’s house to share at this time as none are unavailable.

What Kind of Car Does Skippa Da Flippa Drive?

We currently do not have any information on the make of his vehicle.

Since he made his music debut in 2013, Skippa da Flippa has put forth numerous singles, including three full length mix tapes- I’m Havin, I’m Havin II, and I’m Telling Ya. On Soundcloud alone, his beats have garnered him well over 16,7000 followers- a figure that continues to grow on a daily basis.

This January, he was joined Smokepurpp for the rap hit, No Smoke, which featured production by Akachi and Gnealz. As of June 2017, it has been streamed over 2.1 million times on Soundcloud, making it one of Skippa’s most popular collabs.

But that’s not all that he’s been up to- he also dropped the song, GangLand on February 18, 2017, his first release since he parted ways with Quality Control.

Most recently, Skippa was featured in Trouble’s new offering, Brick, which was made available on March 20, 2017.