J Balvin Net Worth 2018 – How Much The Colombian Singer Makes 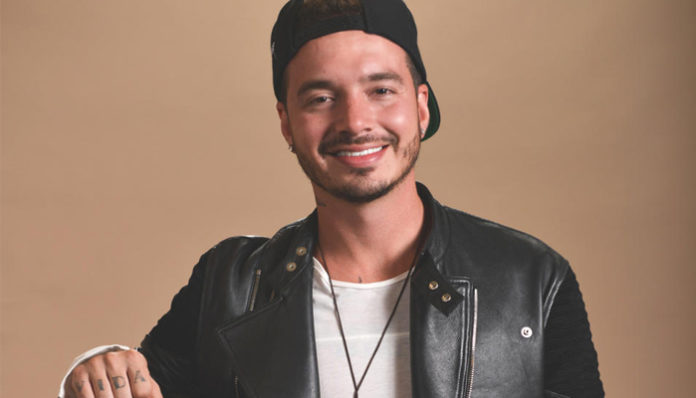 Colombian singer J Balvin garnered widespread attention with the release of his single, Yo Te Lo Dije in 2013. Originally from Colombia, he moved to Oklahoma when he was seventeen years old to study English. Having listened to rap, reggae, and champeta growing, he developed an interest in music at a young age. Eventually getting involved with the scene himself, he started to cultivate his own beats by the time he was in his teens.

After years of perfecting his sound, he landed a record deal with EMI Colombia in 2009; he was twenty four at the time. From there, Balvin released his debut single, Ella Me Cautivo later that year. Since then, he has grown to become one of the most well recognized pop artists in Latin America, with many multi-platinum hits to his name.

According to various online sources, J Balvin currently has a net worth of $6 million. What are his different sources of income? Let’s find out.

How did J Balvin Make His Money & Wealth? 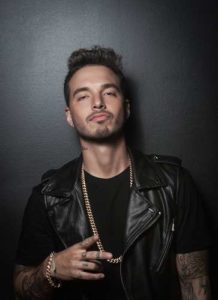 Born on May 7, 1985 in Medellin, Colombia, J Balvin grew up listening to an assortment of reggae, rap, and bachata on the local radio. Inspired by the music videos that he eventually discovered in his early teens, he soon began developing his own style and dance moves. When he was seventeen years old, he relocated to Oklahoma with his close friend Jesus Marulanda, in attempts to learn English.

Over the next few years, he continued to study English while perfecting his sound on the side. After living in Oklahoma for a while, he moved to New York City, where he resumed his language studies. Following that, he returned to his native Colombia where he performed music at a number of urban clubs- it wouldn’t be until a little later on that he’d make his official music debut.

Ultimately, Balvin has earned a significant portion of his wealth directly from his albums and records. Let’s go through his musical releases over the past years.

At the age of twenty four, Balvin received a small break after landing a music deal with EMI Colombia. Just a few months afterwards, he dropped his debut single, Ella Me Cautivo. Fairly successful for a debut endeavor, it charted at number 35 on the US Tropical chart and at number 16 in his native Colombia.

On May 7, 2010, the newcomer released his first full length album, Real through the Colombian imprint. Although the album itself didn’t end up charting, it eventually attained gold certification from ASINCOL (Colombian Association of Phonograph Producers) after selling over 10,000 copies.

The following March, Balvin dropped his second studio album, El Negocio via digital download. A solid addition to his catalog, it went on to produce three charting singles, including Sin Compromiso, Me Gustas Tu, and En Lo Oscuru, which peaked at number two, number eleven, and number one respectively in Colombia.

Ultimately, it was after the release of his 2012 mixtape that he garnered widespread attention with the success of his third album, La Familia. Released on October 29, 2013, it boasted fifteen tracks including La Venganza, Mil Fantasias, What a Creation, Live in Stereo, Imaginadote, and Lose Control; additionally, it also featured guest appearances from Vein, Farruko, and Motiff. Significantly more successful than his earlier endeavors, it quickly climbed to the top of the Colombian albums chart. His breakthrough album in the United States, it reached number 1 on the US Latin Rhythm Albums chart, number 10 on the Top Latin Albums chart, and number 36 on the Heatseekers Albums chart. Since then, it has gone platinum five times in Colombia, with over 100,000 country-wide sales.

On September 16, 2014, the Colombian artist released a reissue of his third studio under the title, La Familia B Sides. Made available less than a year after the original, the 18-track project included three brand new tracks as well as three remixes. While it didn’t chart in his native country, it eventually hit number three on the Mexican Albums chart. By the end of 2014, the album had produced the number one single, Ay Vamos, which reached the top of both the Colombian and US Latin record charts; as well, it also charted in Spain and Mexico.

In the summer of July 2015, J Balvin released Ginza, the lead single of his fourth album, Energia. A commercial hit, it quickly positioned itself among the top ten in the Spanish-speaking market. Given favorable reviews by critics, it eventually charted at the top of the US Hot Latin Songs, Latin Pop Songs, and Latin Rhythm Play charts in the United States; of course, it also charted at number one in Coluobia.

His fourth full length album, Energia was later released on June 24, 2016. His best-selling project to date, it included fifteen new titles including Sigo Extranandote, Pierde Los Modales, No Hay Titulo, Por  Un Dia, and 35 Pa Las 12. Upon its release, the album entered the Billboard Top 200 at number 38 with roughly 12,000 first week sales. Before long, it had become Balvin’s first album to reach number one on the Billboard Top Latin Albums chart. Outside of the US, it also charted in Belgium, Spain, Switzerland, and Mexico. Later certified 2x Platinum, it has since sold over 22,000 copies in the United States.

As a featured artist, Balvin has also collaborated with Robin Thicke, Xonia, Inna, Jencarlos Canela, Prince Royce, Justin Bieber, Cris Cab, and Zion & Lennox, to name a few. Some of the titles include that of Blurred Lines, Cola Song, Stuck on a Feeling, Sorry (Latino Remix), Love is the Name, and Turn Out the Light.

On the big screen, a few of his songs have been featured in the films Spy (2015), Furious Seven (2015), and The Swan Princess: Princess Tomorrow, Pirate Today! (2016). Aside from that, a couple of his songs have also been used in the TV series, Susana Gimenez.

Over the past few years, he’s also embarked on a few concert tours, all of which of course, would have supplemented greatly to his income. In 2014, he acted as a supporting act in Enrique Iglesias’ Sex and Love Tour. From there, he teamed up with Becky G for his La Familia Tour in 2015, after which he headlined his Energia Tour in support of his latest studio album. As of June 2017, he has already put on over a dozen shows at various cities around the world!

His income doesn’t stop there however; the singer also earns a bit of extra change from his official merchandise store, which he has set up online. Accessible via Redstar Merchandise, fans are able to buy items such as hoodies, t-shirts and hats.

Another revenue source that is often overlooked is his Youtube VEVO account. Since it was first created in September 2010, it has amassed over 5 billion view views and has reached the 7.8 million subscriber mark. According to various sites, Vevo offers a fairly competitive CPM for artists; on average, they have a CPM rate of $25 to $35. To put it in easier terms, one million streams on a Vevo account translates to approximately $15,000. Considering how Balvin has well over 5 billion video views, one can only imagine the amount that his account has managed to reel in.

Currently it is estimated that J Balvin has a net worth of $6 million. From what we’ve talked about above, it can be assumed that the majority of this amount came from his record sales, as well as what he’s earned from his on stage performances.

Seeing as how his popularity has increased so much in such a short time frame, it’s highly likely that his fortune and overall net worth will continue to rise in the near future.

No, the Colombian star is not married. In fact, the last that we’ve heard he was still living the single life.

Last year, many began questioning his sexuality following his acceptance speech at the Premio Lo Nuestro event. In response to these rumors, Balvin took to Instagram to confirm that he is in fact, straight; in his words, “If I was gay, I’d have already shown you my boyfriend”.

Does J Balvin Have Any Children?

No, J Balvin does not have any children that we know of.

Did J Balvin Go to College?

No, the singer did not go to college. As a teen, he moved from Colombia to the United States to study English when he was seventeen years old. From there, he eventually continued his studies in New York City- this left no time to pursue a college degree.

Where Did J Balvin Get His Name From?

His stage name comes from his real name- the “J” stands for his given name, Jose, while Balvin is simply his legal last name.

Where Does J Balvin Live? Pictures of J Balvin’s House

What Kind of Car Does J Balvin Drive?

In just a few years time, J Balvin has become one of the most well recognized artists in Latin America. Since his music debut in 2009, he has released four studio albums (three of which received impressive certifications), a mixtape, and a series of singles.

Outside of Colombia, his presence has also grown increasingly in the United States, since the release of La Familia in 2013.

How Much Did J Balvin Earn Last Year?

This information is currently unavailable at this time.

So far this year, J Balvin has released three singles, one of which includes the hit song, Hey Ma- a collaboration with Pitbull, which was featured in the popular action movie, The Fate of the Furious (2017). A smash hit, it reached number five on the US Latin Songs chart and number 56 in Colombia.

As well, the singer is currently on his Energia Tour, which kicked off back in September of 2016. In support of his latest album, it is scheduled to continue until October 2017 in Mexico City.