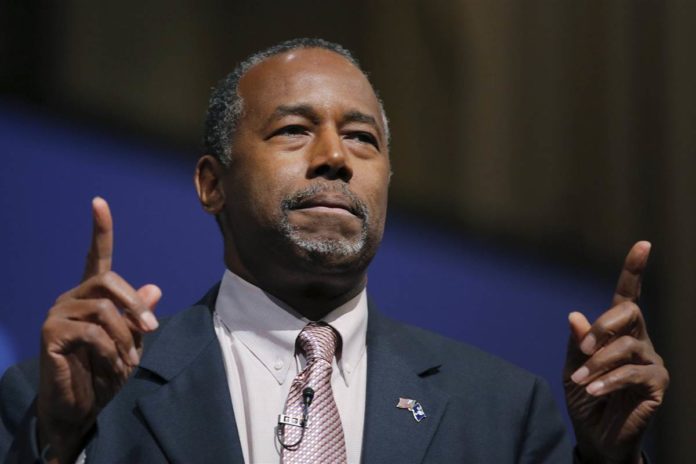 Within just a couple of years, Ben Carson has been able to become one of the more well-known figures in American politics. He had an unsuccessful run for the presidency during the 2016 election, and now he serves as America’s Secretary of Housing and Urban Development. Prior to his work in politics, Carson was renowned as one of the most accomplished neurosurgeons in the entire country. How wealthy has he been able to become through his work in both medicine and politics? How much does Ben Carson, really? I plan to answer that question in this article. I’ll talk about Ben Carson’s rise to prominence, while also making sure to discuss how his current success has impacted his personal finances. Without further ado, let’s get started.

How did Ben Carson make his money and wealth?

Ben Carson was born in Detroit, Michigan in September of 1951. His parents separated when he was pretty young, and when he was around eight years old he moved with his mother to Boston. The separation put a lot of stress on his mother, and she suffered from a few mental breakdowns, one of which led to a suicide attempt. The family ended up moving back to Detroit, where Carson lived in a predominantly white neighborhood. While all of this was going on, Ben was working really hard to stick to his schooling. He wanted to be a missionary doctor at first, but he eventually developed aspirations to become a psychiatrist because he saw how much money psychiatrists made on television. Through high school, Carson did pretty well for himself. He ended up graduating third in his class, and he was well-liked among his classmates despite his issues with his temper. 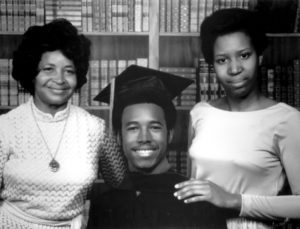 Carson wanted to go to college far away from home, and he ultimately decided to apply to Yale, where he was accepted and offered a huge scholarship. His education was not interrupted during the Vietnam War, because he received a high number during the second draft lottery. During this time, Carson didn’t believe the Vietnam War to be necessary, and he identified very strongly with the anti-war protests that were going on throughout the country. He eventually graduated from Yale and he would go on to attend the University of Michigan’s Medical School in 1973. (His brother had attended University of Michigan during his undergraduate career prior to being drafted into the war.) Ben struggled a lot at first, but he began to catch up and he eventually graduated in 1977. After that, he studied neurosurgery specifically at the John Hopkins University School of Medicine.

At John Hopkins, he studied for around six years. After a brief stint in Western Australia, he returned to John Hopkins in 1984 as the Director of Pediatric Neurosurgery. He was considered quite gifted, and he performed countless procedures. In 1987, he was the lead surgeon in a team of surgeons responsible for separating a pair of conjoined twins, which was a highly publicized ordeal. Although the surgery itself was successful, the twin boys suffered major neurological complications. Ben performed several similar procedures in the years to follow, with mixed results. Still, Dr. Ben Carson became famous for his ability as a surgeon who specialized in this sort of unique procedure. His newfound fame allowed him to write books about his career and also find work as a motivational speaker. 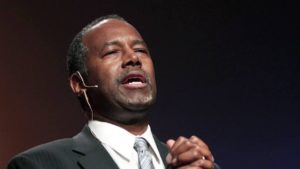 Carson retired from his work as a surgeon in 2013. He sort of kicked his political career off in February of that year, when he was a keynote speaker at the National Prayer Breakfast. The National Prayer Breakfast is usually pretty civil, but his speech spent a good deal of time criticizing the policies of President Barack Obama. This led to him becoming more popular among the conservative community. Ben changed his registration from Republican to Independent following the impeachment of then-President Bill Clinton, but in 2014 he changed back to the Republican Party, probably in anticipation of his upcoming presidential campaign. In May of 2015, he announced that he was going to be running for the Republican nomination for the 2016 presidential election. Ben initially made a very strong push in the polls, but his success eventually declined.

He struggled in later polls due to various news outlets digging up details about his past as a troubled youth. People also didn’t like how he wrote about certain events in his autobiography that were either outright disproved or at the very least unsupported by evidence. The media was also skeptical of Carson’s knowledge of foreign policy, which based on some of his comments during debates, seemed flimsy at best. After Super Tuesday, he decided to drop out of the race. Throughout the remainder of the election, he was a staunch supporter of Donald Trump. Carson was one of the people considered to run as Trump’s vice president once Trump was named the Republican nominee. 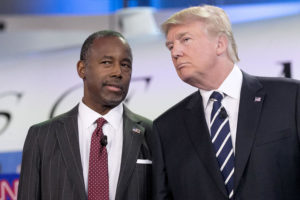 Ben didn’t end up having that position, but Trump made Carson the Vice Chairman of his transition team when he won the election. Carson was offered a position on Trump’s cabinet but he declined, citing his lack of experience and desire to step away from politics as a whole. However, he was then offered the ability to become the Secretary of Housing and Urban Development, which he gladly accepted. There were some people who questioned Ben’s real claim to that position, given his total lack of experience in the field. However, he was officially confirmed into the position in March of 2017, and he has remained there ever since.

Ben Carson is married to Candy Rustin, who he met in 1971 as a student at Yale University. They officially married in 1975, and they have three sons together. They also have a few grandchildren.

Even though Ben Carson was retired from his work in healthcare in 2016, he was still making money from book royalties and speaking engagements. It can be estimated that he made around $8 million from those things in 2016.

How much does Ben Carson make per day?

With some very basic math and the estimated salary that we came up with earlier, we can easily calculate Ben Carson’s daily income. In a year consisting of 365 days, he makes about $21,900 per day. That definitely isn’t bad coming from a guy with such humble beginnings!

Since Carson had such a rough childhood, it isn’t much of a surprise that he has dedicated time and resources into supporting other disadvantaged youth. In 1994, he established the Carson Scholars Fund, which awards scholarships to students who exhibit academic excellence and a positive attitude. If you receive this scholarship, you receive $1,000 to be put toward your college education. Thousands of these scholarships have been awarded over the years.