Martini Brothers Burger Bar in Youngstown, Ohio, was opened in 2013 courtesy of brothers Joey and Daniel Martini. As they were having problems financially, the two sought the assistance of Jacob Harver who was the landlord of the bar’s building. The brothers gave Harver an 8% stake and asked for a discount on the rent in return. The bar managed to rake in $60 grand a month during its first year and it was constantly packed with clientele.

However, the brothers unraveled Harver’s own agenda: building an art gallery right inside the bar. The customers at Martini Brothers didn’t like the gallery which forced many of them to find better watering holes.  Harver also had a habit of mooching from the brothers and leaving “IOU” notes in the cash register. Harver insisted that the building was on the line that’s why he was doing everything he can to save it from being taken away.

Now with both bar and building on the line, the trio have agreed to summon Jon Taffer and Bar Rescue for help.

From the SUV, Taffer and his experts namely mixologist Mia Mastroianni and chef Mike Ferraro observe the Martini Brothers Burger Bar. They saw how the visitors in Harver’s art gallery fingerpainted on the walls which made the room look like a nursery. Despite the bar’s name, they only had one kind of martini on the menu, and the burger was awfully prepared. The bartenders did not measure their pours and they lacked fresh fruits on the cocktails, despite the fact that the art gallery was wasting lemons for the wall canvas. Also, the visitors in the gallery went into the bar to order food with their skin smeared in a variety of colors.

The Bar Rescue host went inside the bar and was greeted by Harver, who downed a few shots as he and his friends were having an “art party” in the gallery. Taffer had to make the brothers realize that they owned 92% of the bar versus Harver’s 8%, yet the two couldn’t do anything to stop their co-owner’s unprofitable venture. The following day Taffer and his experts returned for a staff meeting where the employees revealed that they were basically working for free. Mastroianni inspected the filthy bar area and saw that the bartenders were serving glasses on a rusty container. The kitchen was equally nasty with grease on the fryers and improperly-stored food items. In the storage area, Ferraro uncovered a bag of edible crickets which Harver snacked on.

The experts began their training for the stress test after the three owners cleaned everything up. Mastroianni gauged the mixing speed of the bartenders when creating martinis and encouraged them to practice for better speeds. Ferraro taught Joey the importance of rinsing off potatoes for the French fries to eliminate its starch content and avoid undercooking.

During the stress test, Mastroianni kept tabs on the bartenders who made the most number of mistakes. The bar was packed with customers and the bartenders were already accumulating points for their errors. Harver helped the brothers by delivering burgers from the kitchen and he was doing a good job, however some customers complained that the food was undercooked. As the orders grew in number, Harver had no other choice but to help prepare patties to expedite the cooking. In the bar area, only one bartender remained as the majority were eliminated by Mastroianni after making too many blunders. However the lone bartender’s performance was not enough and Taffer had to shut the place down.

After the test, Harver gained praise from the brothers after working alongside them. To pave way for the new incarnation of the Martini Brothers Burger Bar, Taffer had Harver cover the ceiling’s mural with white paint. The brothers then expressed their desire to give Harver an actual role in the bar as the trio showed cooperation that was vital for success. Ferraro introduced a meat loaf burger to the menu while Mastroianni whipped out the shot named The Burger Bomb and the vodka milkshake The Ice Cap.

After the renovation, the Martini Brothers Burger Bar was transformed into The Federal. The exterior signage now broadcasted the bar’s offerings of beer, burgers, and cocktails. The interior had beautiful new furniture, a dance floor, pool tables, and sofas. The art gallery was turned into a board room where corporate meetings can be held. The ceiling was equipped with pipes that emit mists on the dance floor which looked great with the strobe lights. The bar area now had an industrial tap beer system and two POS systems to make the bartenders serve a lot faster. 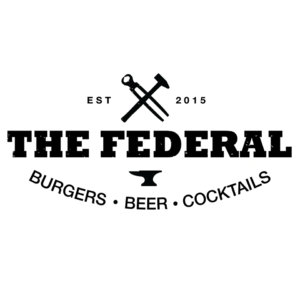 The bar has a handful of reviews on their Yelp page where people expressed conflicting opinions towards the food items. Feedback is more positive on their Facebook page with a generous amount of five-star ratings for this year.

Last 2015, Daniel pleaded guilty for his role in a fraud scheme that involved selling fake sports memorabilia on eBay as genuine. These fake items came with fake certificates of authenticity and “signatures” from athletes, and the perpetrators were able to earn more than $2 million from this deception. Daniel, along with his cohorts in the scheme, cooperated with the authorities and were put on probation. On April 2017, the mastermind of the fraud case, Clifton Panezich, was put behind bars for six years. Daniel was sentenced to community service as prosecutors stated that he had a small role in the scheme.

The Federal maintains a very active Facebook page where they post their food items, upcoming events, and of course customer reviews. Click here to visit it. Finally, check out their official website at http://110space.com/.