Priyanka Chopra Net Worth 2018 – How Wealthy is She Now? 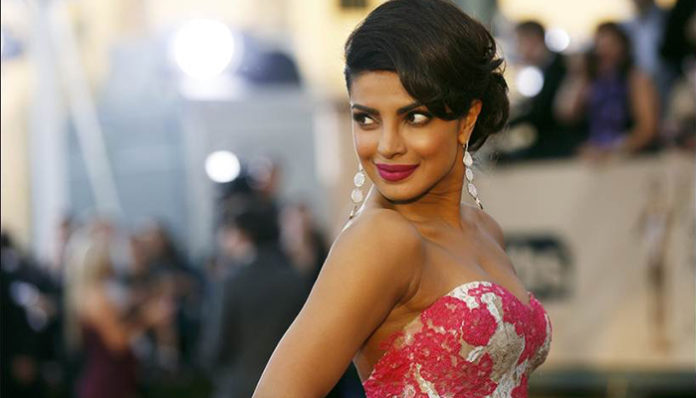 One of the highest paid Indian actresses, Priyanka Chopra has appeared in dozens of films since her debut in 2002. After living in India for most of her youth, she moved to the United States at the age of thirteen with her aunt. It was then, while she was in Massachusetts, that she first got involved with the theatrical arts.

Eventually returning to India, Chopra was later crowned Miss World 2000 at the age of eighteen. With her newfound recognition, she was soon offered a number of film roles. In 2002, the beauty queen made her movie debut in the action film, Thamizhan.

Since then, the actress has starred in numerous titles, including the ABC thriller series, Quantico in 2015. If anything, her popularity has only continued to rise over the past decade. According to various sources, Priyanka Chopra currently has an estimated net worth of $8 million. Curious to know where she earned her wealth from? We’ll be discussing the answer to that below.

How did Priyanka Chopra Make Her Money & Wealth? 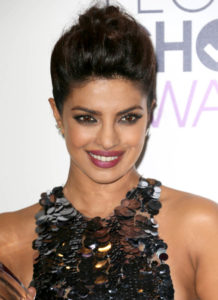 Born on July 18, 1982 in Bihar, India, Priyanka Chopra moved around frequently during her childhood due to her parent’s career with the Indian Army. When she was thirteen years old, she moved to live with her aunt in the United States, attending a school in Massachusetts. Ultimately, it was while she was there that she participated in a number of theatrical productions.

Three years later, she finished her high school education upon returning to India. From there, she went on to compete at a number of beauty pageants; in 2000, the eighteen year old was crowned Miss World Continental Queen of Beauty and Miss World 2000 in London. With her newfound fame, Chopra soon found herself inundated with acting offers.

Shortly afterwards, she was set to make her film debut in the romantic thriller called, Humraaz. However, the production ultimately fell through as it conflicted with her schedule. Following that, Chopra made her big screen debut in the Tamil film, Thamizhan, where she played the love interest of the main protagonist.

In 2003, the actress- continuing with her show biz career, landed a lead part in the romantic musical film, Andaaz. Centring around the relationship between a man named Raj and two young women, it received many praises upon its release that May. A major commercial success, the movie eventually took in ₹288 million from a budget of ₹80 million.

After a few box office disappointment, she attained success in the 2004 romantic comedy film, Mujhse Shaadi Karogi. Starring alongside Salman Khan and Akshay Kumar, she portrayed the role of Rani Singh, an up-and-coming fashion designer. Released theatrically on July 30, 2004, the movie garnered nothing but rave reviews. The third highest Bollywood film of the year, it eventually took in ₹565 million at the box office.

Later that year, Chopra received critical acclaim for her role as an antagonist in the romantic thriller, Aitraaz (2004). A notable highlight from her early acting career, her portrayal in the film garnered her numerous accolades including a Bengal Film Journalists’ Association Award and a Screen Award for Best Actor in a Negative Role. By the end of its run, the thriller had more than doubled that of its production costs, with a total gross of ₹260 million.

In 2005, the actress appeared in half a dozen films, the most successful being that of Waqt: The Race Against Time. Directed and produced by Vipul Amrutlal Shah, it told the story of a businessman who determinedly teaches his immature son some life lessons, all while hiding his serious illness. In the film, Chopra portrayed the role of his son’s girlfriend, Pooja Aditya Thakur. Met with praise, it took in ₹339.8 million in her native India.

From there, her next box office hit came in the form of the romance comedy, Bluffmaster! (2005). One of the three main protagonists, Chopra starred alongside Ritesh Deshmukh and Abhishek Bachchan. Although some reviews from critics were mixed, the general consensus was positive; it was eventually successful in earning ₹313 million at the box office.

In late 2006, Chopra worked with director Farhan Akhtar in the action thriller film, Don – The Chase Begins Again. A remake of the original 1978 movie, it saw the actress playing the role of Roma, a young woman who joins the underworld in attempts of avenging the death of her brother. Not only was the motion picture a major success in India, but it was also a hit overseas. A commercial hit worldwide, Don went on to gross ₹1.06 billion.

After a string of poorly received titles in 2007, the actress made a come back with the drama film, Fashion. Directed by Madhur Bhandarkar, it starred Chopra as an aspiring fashion model who ultimately transforms from a small-town girl to a supermodel over the course of the movie. Extremely successful, it collected ₹600 million at the Indian box office from a budget of ₹180 million. Lauded for her role, Chopra also won two awards at the 56th National Film Awards ceremony.

In 2009, Chopra was given the role of a feisty woman in the thriller film, Kaminey. Co-starring Shahid Kapoor, it followed the lives of a pair of twins, over the course of a day, in the underworld of Mumbai. Playing the role of one of their love interests, the actress received numerous praises from critics, many of whom thought she was the most lovable character in the movie. By the end of it all, it had yielded ₹710 million at the box office.

In 2015, she received a big break after scoring a lead role in the ABC drama thriller, Quantico, making her the first South Asian actress to headline an American TV series. The brainchild of Joshua Safran, it starred her as Alex Parrish, an intelligent FBI recruit who eventually finds herself becoming a prime suspect of a terrorist attack that happened at the Grand Central Terminal.

Premiered on September 27, 2015, Quantico proved to be incredibly popular, having drawn in an average of eight million views during its first season. Raved by numerous publications, its second season later debuted in the fall of 2016; after a 22-episode run, it concluded on May 15, 2017. Since then, it has already been announced by the network that a third season is on the way.

For her portrayal of Alex Parrish, Chopra was allegedly paid $3.7 million USD in 2015. Not only did it add to her bank account, but it also brought up her popularity in North America. Seeing as how she’s the series’ main cast member, it’s likely that she received an even greater pay for the second season, although its exact amount has never been revealed.

Aside from being an accomplished actress, Chopra has also made a name for herself as a music artist. After signing with Creative Artists Agency in 2012, she released her debut single, In My City on September 13, 2012. A commercial success in her native India, it trended at number one on Twitter for a few months shortly after its release and sold over 130,000 copies within the first week.

Chopra’s third record, a cover rendition of I Can’t Make You Love Me by Bonnie Raitt was released via digital download on April 22, 2014; it eventually reached number 28 on the Hot Dance Songs chart in the US.

As far as other endeavours go, Chopra has also been writing an opinion column for the Indian newspaper, The Hindustain Times since 2009. In 2014, she also wrote for a couple of articles for The Guardian and The New York Times.

Currently, it is estimated that Priyanka Chopra has a net worth of $8 million. Considering everything that we’ve said above, it’s obvious that the actress earned most of her fortune through her film roles over the years.

No, the Indian actress is not married- in fact for a long period, fans assumed that she’s was still single. It wasn’t until this year that she revealed in an interview that she was seeing someone, whom she had met on set during filming.

Does Priyanka Chopra Have Any Children?

No, Priyanka Chopra does not have any children that we know of.

Did Priyanka Chopra Go to College?

After graduation from high school in India, Chopra had initially enrolled in college; however she ultimately dropped her studies after winning the beauty pageant in 2000, to focus on her acting career.

While she was shooting for the second season of Quantico, Chopra rented herself an opulent mansion in Montreal, in which she spends most of her weekends. Her home away from home, the property even boasted an indoor swimming pool.

What Kind of Car Does Priyanka Chopra Drive?

We do not have any information regarding her vehicle at this time.

Priyanka Chopra as a Philanthropist

The founder of The Priyanka Chopra Foundation for Health and Education, the actress has currently donates 10% of her total earnings to fund the organization, which offers educational support for unprivileged children in the country.

In 2013, Chopra made a ₹5 million (approximately $80,000 USD) donation to the Nanavati hospital, that went towards funding a new cancer ward.

Some of the other organizations that she’s been involved with include UNICEF, Cancer Patients Aid Association, PETA, Alert India, and Greenathalon.

One of the most popular celebrities in India, the 34-year-old actress has received countless accolades throughout her career including an Asian Film Award, four BIG Star Entertainment Awards, five Filmfare Awards, two Global Indian Film Awards, six International Indian Film Academy Awards, and five Lion Gold Awards, among countless others. In total, Chopra has accumulated well over 620 awards and nominations.

For her contributions to the arts, she was also awarded with the fourth highest civilian award- the Padma Shri, by the Government of India in 2016.

Currently, Priyanka Chopra is busy filming for the third season of Quantico, which will presumably come out sometime in 2018.

According to her IMDb, the actress will also be working on two new films, A Kid Like Jake, and Isn’t It Romantic.

As for recent projects, Chopra played a supporting role in the comedy film, Baywatch (2017), which hit the theatres this MAy.