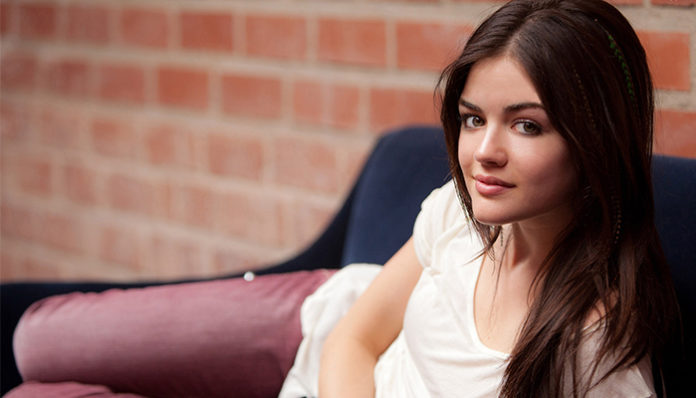 Lucy Hale is perhaps best known for playing Aria Montgomery in the teen drama, Pretty Little Liars. Born and raised in Memphis, Tennessee, she took up singing and acting lessons as a young child. Determined to make a name for herself in the show biz, the blonde eventually moved to Los Angeles at the age of fifteen in hopes of getting a record deal.

Although she didn’t get what she was originally after, Hale soon landed a minor role on television, in the series Drake & Josh after attending a few auditions. From there, she later made a few guest appearances in The O.C., Ned’s Declassified School Survival Guide, and How I Met Your Mother.

However, it wasn’t until she starred in Pretty Little Liars in 2009, that her popularity rose. According to various sources, the 27-year-old actress currently has a net worth of $2.5 million.

Let’s take a look at her different sources of income.

How did Lucy Hale Make Her Money & Wealth? 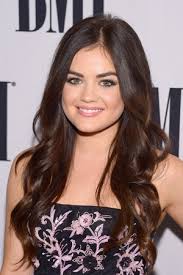 Born on June 14, 1989 in Memphis, Tennessee, Lucy Hale (Birth Name: Karen Lucille Hale) demonstrated a natural flair for performing even as a child. Determined to one day, pursue a career in the show business, she started to take singing and acting lessons as a youth. Homeschooled, she spent the majority of her childhood at home with her two sisters.

In attempts to narrow the gap between herself and her dream, she relocated to Los Angeles at the age of fifteen. Although she didn’t end up getting what she was originally after- a record deal, the blonde soon found herself trying out for various television gigs. After a few auditions, Hale successfully landed a minor role in the Nickelodeon sitcom, Drake & Josh; she was just sixteen years old at the time.

Continuing to try out for roles, the young actress later made a few guest appearances in the television series, Secrets of a Small Town (2006), Drake & Josh (2006), and The O.C. (2006). After playing a few minor parts, Hale received her first recurring role in the NBC’s science fiction series, Bionic Woman (2007), where she played as Becca Sommers- the younger sister of the show’s title character.

Her first time playing a relatively major character, the show garnered her much exposure as a new actress. Relatively popular upon hitting the screens in the fall of 2007, the pilot episode drew in close to 14 million viewers in the United States. Unfortunately, due to the Writer’s Guild of America Strike later that year, the show’s production was put on hiatus. After no official announcement from NBC regarding the series’ status, Bionic Woman was considered cancelled.

Over the next year, Hale appeared in a few titles, including two unsold television pilots for American Family and The Apostles. At one point during 2008, the actress was also featured in a two-episode arc in the teen sitcom, Wizards of Waverly Place.

Finally in the fall of 2009, she received a relative break after being cast as one of the lead protagonists in The CW comedy drama, Privileged. Created by Rina Mimoun, it centred around a journalism major who finds herself becoming a live-in tutor for two spoiled granddaughters of a business magnate. Acting alongside JoAnna Garcia, Ashley Newbrough, and Michael Casidy, she portrayed the character of Rose Baker, one of the two, rebellious teens.

That same year, she starred in the Lifetime television film, Sorority Wars, which premiered on October 17, 2009. Directed by James Hayman, it marked Hale’s first leading role in the movie. Written by Michelle Loretta, it saw the actress playing the part of Katie Parker, a college freshman who makes enemies after she refuses to pledge to her mother’s sorority. Despite being a relatively low budget production, the film earned Hale multiple awards from publications such as Variety Magazine and the New York Post.

From there, she guest starred in the popular dramas, Private Practice and CSI: Miami, prior to landing her breakthrough in the crime thriller, Pretty Little Liars (2010). Based on a novel series of the same name, it starred Hale as Aria Montgomery- one of the main female leads who is often depicted as being caring and intelligent. Introduced as an “artsy chameleon”, her character plays a major role in the plot.

Starring alongside Troian Bellisario, Holly Marie Combs, Ashley Benson, and Ian Harding, most of the actress’ fame and glory came as a result from the series’ popularity. A major hit, especially among women, its highest rated episode attracted over 4.2 million viewers in the United States. Throughout its run, it also managed to maintain a steady viewership of over 2.5 million.

Lauded for her portrayal, Hale receives several awards for her performance on the teen drama, including a Gracie Allen Award, a People’s Choice Award, six Teen Choice Awards, and a Young Hollywood Artist Award. Ultimately, it was Pretty Little Liars that propelled her to superstardom.

As one of the main cast members, she has remained on the show since season one. Seeing as how it’s the most noteworthy highlight of her filmography, it’s only natural that the series has earned her a significant portion of her wealth. How much was Hale paid for being on Pretty Little Liars? According to various online sources, the actress was paid a a salary of $42,000 per episode. Considering how she’s appeared in 160 episodes, that works out to be a little over $6.7 million!

Outside of her acting career, Hale has also made a name for herself as a recording artist in the recent years. On January 7, 2014, she dropped her debut single, You Sound Good to Me via DMG Nashville. Praised by critics, the song reached number 88 on the Billboard Hot 100, number 21 on the Hot Country Songs chart, number 8 on the Top Seekers chart, and number 4 on the Country Digital Songs chart; in Canada, it also charted at number 57.

On June 3, 2014, the artist release her debut studio album, Road Between. Met with positive reviews, the 11-track project entered the Billboard Top 200 at number 14 and the Top Country Albums Chart at number 4; within the first week, it had sold 18,000 copies domestically. A relative success, the album eventually also charted in Canada and Australia, making it her first record to chart internationally. As of 2014, over 44,000 copies have been sold in the US, a figure that translated to earnings of roughly $66,000 for Hale.

Originally, Hale had planned to embark on a tour- The Road Between Tour to promote her album, however she ultimately had to cancel due to a vocal injury.

By July, the album had spawned its second single, Lie a Little Better, which was made available via digital download. After debuting on the Billboard Country Airplay at number 60, it peaked at number 54.

Aside from her singles and album, Hale has also been featured in the songs, Nervous Girls Mistletoe, and Let It Go.

Back when she competed in American Juniors in 2004, she also contributed to the albums, Kids in America, which featured the titles, I’m Gonna Make You Love Me, One Step Closer, and Kids in America.

As of 2017, Lucy Hale has an approximate net worth of $2.5 million. While her music career has banked her a considerably amount of cash, most of her fortune stemmed from her success in Pretty Little Liars (2010-2017). Still, her side ventures have undoubtedly helped to supplement her overall income.

No, the Pretty Little Liars actress is not married. Just this past May, Hale reportedly broke up with her boyfriend of two years, Anthony Kalabretta. The split was later confirmed after the stars both unfollowed each other on social media.

In the past, she has been romantically involved with Adam Pitts, Tony Oller, Graham Rogers, Joel Crouse, Alex Marshall, David Henrie, and Chris Zylka.

Does Lucy Hale Have Any Children?

No, Lucy Hale does not have any children that we know of.

Did Lucy Hale Go to College?

No, Lucy Hale did not go to college. After being homeschooled right through to high school, she focused the entirety of her attention on her burgeoning acting career.

Where Does Lucy Hale Live? Pictures of Lucy Hale’s House 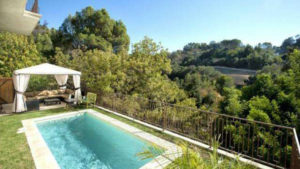 Outdoors by the decks are a plunge-sized swimming pool and a tented cabana for some relaxing lounging.

What Kind of Car Does Lucy Hale Drive?

How Much Money Did Lucy Hale Make Last Year?

Unfortunately, this information is currently unavailable at the moment.

Since she first made her small screen debut back in the 2000’s, the Tennessee-native has become one of the most well known stars on American television. For her breakthrough role in Pretty Little Liars, which she continued for seven years, Hale won numerous industry awards including six Teen Choice Awards (e.g. Choice Summer TV Star, Choice TV Actress), a Young Hollywood Award (e.g. Cast to Watch), as well as a Gracie Allen Award (e.g. Outstanding Performance by a Female Rising Star).

Not only that, but as a recording artist, she has released a studio album and a couple of singles, all of which went on to chart in the United States.

Currently, the actress is starring in the seventh and last season of Pretty Little Liars, which premiered back in June 21, 2016.

As for upcoming projects, she will be starring in a comedy drama film called, Dude sometime later this year. As well, she will be lending her voice to a character in the sci-fi movie, Miles, which is slated to be released in November 2017.

In 2018, Hale will also be appearing in the TV series, Life Sentence and a film called, Truth and Dare.