What Happened to Kesha – What is She Doing Now? 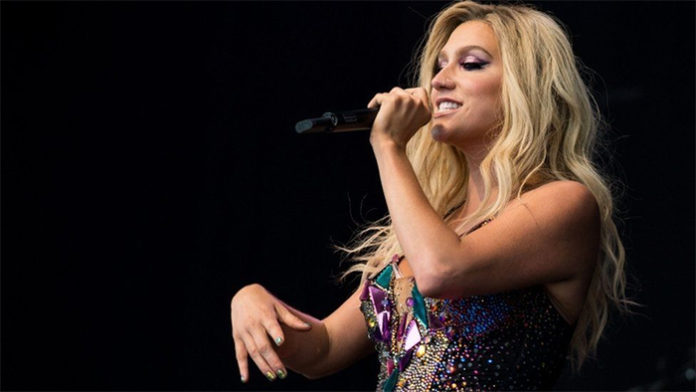 American singer-songwriter Kesha achieved breakthrough fame after being featured in Flo Rida’s hit single, Right Round in 2009. The daughter of a musician, she was exposed to her mother’s melodies and tunes from an early age. After spending the first few years of her childhood in Los Angeles, she and her family relocated to Nashville, Tennessee. Encouraged by her mother, Kesha soon began to sing by the time she was in grade school. From there, she eventually enrolled at a local music school, where she learnt about the art of songwriting. Determined to make it big, Kesha later dropped out of high school at seventeen to pursue a career as a recording artist. During her initial years, she worked with a number of artists including Prince, Paris Hilton, and Britney Spears. However, it wasn’t until she was in her early twenties that she hit it off after making a cameo in Flo Rida’s number one track, Right Round.

Thanks to the hit single, the aspiring artist soon found herself signing a record deal with RCA. In the summer of 2009, Kesha released her debut single, Tik Tok, which ended up topping multiple music charts across the world. Since the release of her multi-platinum record, she has come out with two full length albums, two extended plays, one compilation album and over a dozen singles, most if not all of which have earned RIAA accreditation. Some of her most popular titles include Your Love is my Drug, Take it Off, We R Who We R, Die Young, and Blah Blah Blah. In support of her releases, she has also embarked on a number of tours throughout the past few years- in fact just last year, she headlined the Kesha and the Creepies: Fuck the World Tour. With her skill set, she quickly rose to become one of the most prominent rappers of the 2010’s. As of 2016, Kesha has sold over 2,400,000 albums in the United States alone.

Unsurprisingly, her talent has also garnered her a number of accolades and recognitions including five BMI Pop Awards, an Eska Music Award, an iHeartRadio Music Award, two Japan Gold Disc Awards, an MTV Europe Music Award, among several others. While music is undoubtedly her main focus, Kesha has also dabbled in acting. In 2013, she made her television debut in the animated comedy series, Robot Chicken. From there, she appeared in an episode of Jane the Virgin (2015), prior to landing a small part in the adventure film, Jam and the Holograms (2015). In 2016, the rapper also played a one-off character in the popular romance drama, Nashville.

What has the multi-platinum selling artist been up to lately? Can we expect to see any new songs or titles from her this year? What new projects have she been working on these past few months? What Happened to Kesha? Where is she now in 2018? 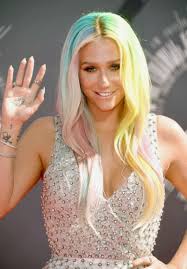 Born on March 1, 1987 in Los Angeles, California, Kesha (Birth Name: Kesha Rose Sebert) was raised single handedly by her mother, Pebe Sebert, a singer-songwriter. Due to her mother’s line of work, she was exposed to music at an early age. Growing up, money was often tight; for the first few years of her childhood, her family depended heavily on food stamps and welfare; her mother’s wage was simply not enough to support herself, Kesha and her older brother. When she was four years old, they moved to Nashville, Tennessee after her mother landed a songwriting contract.

As a young teen, Kesha often accompanied her mother to work; as a result, she spent a lot of time at the studio. With a little encouragement, she eventually took up singing, honing her skills at a local music school, where she was taught about songwriting. When she was seventeen years old, Kesha dropped out of high school in lieu of pursuing a music career. Adopting her current stage name, she relocated to Los Angeles, where she soon found herself collaborating with record producer, Dr. Luke. For the first few years of her career, she worked with a number of artists including Paris Hilton, Prince, and Britney Spears.

Ultimately it wasn’t until 2009 that Kesha came to the public’s eye after making a cameo on rapper Flo Rida’s hit single, Right Round. Although the work was uncredited and unpaid, it quickly garnered her widespread attention after word spread that she was involved with its production.

Kesha’s Music Career Throughout the Years 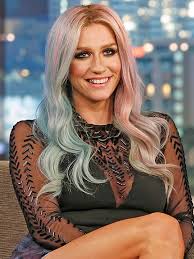 Shortly after her big break, she was offered a music deal with RCA Records. Through the imprint, Kesha dropped her debut single, Tik Tok on August 7, 2009. Featuring elements of electro-pop and bit pop, the record proved to be a major success upon its release. Responsible for the launching of her career, the song debuted at number 79 on the Billboard Hot 100, prior to climbing to the top in a few week’s time, where it stayed for over two months. Nothing short of a smash hit, the track eventually reached number one on sixteen charts, including those of South Korea, Norway, New Zealand, Italy, and France, to name a few.

To put its popularity into perspective, its official music video has since been viewed over 340 million times online, to date. As far as record sales go, over 6.8 million copies of Tik Tok have been sold in the US, earning it 5x platinum status.

On January 1, 2010, the rising star came out with her debut studio album, Animal. Featuring elements of dance pop and electropop, its contents revolved around the themes of love, relationship and heartbreak. Produced in part by Kesha, it boasted fourteen titles including Your Love is My Drug, Kiss n Tell, Party at a Rich Dude’s House, Backstabber, Dancing with Tears in My Eyes, and Boots & Boys; one of its tracks, Blah Blah Blah also included a feature from fellow rapper, 3OH!3.

Although its reception was mixed, Animal was a huge commercial success. In the US, the album entered the Billboard Top 200 at number one, with over 152,000 sales during the first week. Internationally, it also charted among the top ten in several different countries such as Austria, Canada, Greece, Japan, Ireland, Australia, New Zealand, and the UK. By the summer of 2010, the album had spawned four singles, three of which reached multi-platinum status in the US.

That fall, Kesha released her first extended play dubbed, Cannibal on November 19, 2010. Recorded at Conway Recording Studios, the project added nine new tracks to her catalogue including The Harold Song, Crazy Beautiful Life, C U Next Tuesday, and Grow a Pair. Within a month of its release, the EP had debuted at number 15 on the Billboard Top 200; by the end of the first week, it had sold over 74,000 copies. Supported by two singles, Sleazy and Cannibal, both of which reached the charts, over 500,000 copies have since been sold in the US according to Niel Soundscan.

On March 18, 2011, she dropped her first and only compilation album, I Am the Dance Commander + I Command You to Dance. Composed of her usual dance pop and electro-pop songs, it came with nine of her most popular hits including Tok Tok, The Sleazy Remix, Blow, We R Who We R, Your Love is My Drug, and Blah Blah Blah. Given mostly positive reviews, the album debuted at number 36 on the Billboard Top 200 with roughly 14,000 first week sales; it eventually also reached the top of the US Dance/Electronic Albums chart.

On November 30, 2012, the artist released her second studio album, Warrior. Spanning the genres of hip hop, techno pop, and pop rock, the project revolved around the theme of magic. Supported by the 2013 North American Tour, which she headlined with Pitbull, the record contained twelve tracks, one of which included a feature from fellow artist, Iggy Pop. Although it didn’t manage to surpass the records set by her first album, Warrior entered the Billboard Top 200 at number six, and sold approximately 85,000 units within a week’s time. Supported by three singles, it later also charted overseas in countries such as Greece, Belgium, France, Italy, Japan, Spain, Poland, and Brazil.

On February 5, 2013, Kesha released her second extended play, Deconstructed. Preceded by the lead single, Die Young, which went on to achieve commercial success, the EP entered the Billboard Top 200 at number 6, and sold approximately 85,000 copies in the first week. Although its performance was underwhelming compared to that of her debut EP, Animal, it received mostly positive reviews from critics, many of whom lauded it for being an enjoyable album. Internationally, Deconstructed reached a number of record charts including the ones for Japan, Ireland, Greece, Germany, Canada, Brazil, Spain, and Poland, to name a few. As of 2014, close to 349,000 copies have been sold domestically. 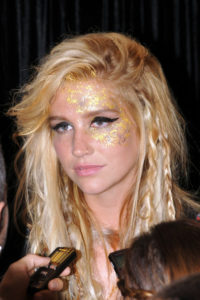 On November 16, 2012, the album spawned its second single, C’Mon, which peaked at number 27 on the Billboard Hot 100, after debuting at number 99. Additionally, the song also reached number 28 on the Billboard Pop Songs chart and number 70 on the Hot Digitals Song chart. Within a month’s time, the record has sold over 350,000 copies in the United States.

The third single, Crazy Kids was released on April 30, 2013. Featuring Juicy J and Will.i.am, it achieved moderate success in the US, having peaked at number 40 on the Billboard Hot 100 after entering the chart at number 59; as well, the track also climbed up to number 19 on the Pop Songs chart. By August that year, it had sold more than 623,000 copies domestically. Outside of the US, it also reached the charts of Canada, Germany, Ireland, South Korea, the UK, and Australia.

On October 7, 2013, Kesha was also featured in Timber, a song from American rapper Pitbull’s extended play, Meltdown. A major hit, it peaked at the top of the Billboard Hot 100 where it stayed for three weeks straight. As if that wasn’t impressive enough, it also managed to top the charts of Canada, Germany, Denmark, the UK and the Netherlands. Reportedly, over 12.6 million copies of the single have since been sold worldwide, making it one of the best selling records of 2013.

Kesha as an Actress

Over the past few years, the rapper has also appeared in a few television series including Robot Chicken (2013), Jane the virgin (2015), and Nashville (2016). In fact this year, she’s taken part in a handful of addition titles- we will discuss these titles below.

So far this year, Kesha has appeared in the TV series, Jeff & Some Aliens and in the fantasy film, A Ghost Story, the last of which marked her first appearance on the big screen.

According to IMDb, the rapper will be playing a major role in an upcoming animated series called, Highly Gifted, which is currently in post production.

On the music scene, her third studio album has been delayed as a result of her being being in an ongoing legal battle with her former record producer. Having said that, it’s been revealed that the pop star has recorded a couple of songs with the rock band, The Eagles of Death Metal.

Want to stay connected to with the star? You can do so by following her on social media- you can find Kesha on Instagram at @iiswhoiis or on Twitter at @ KeshaRose.