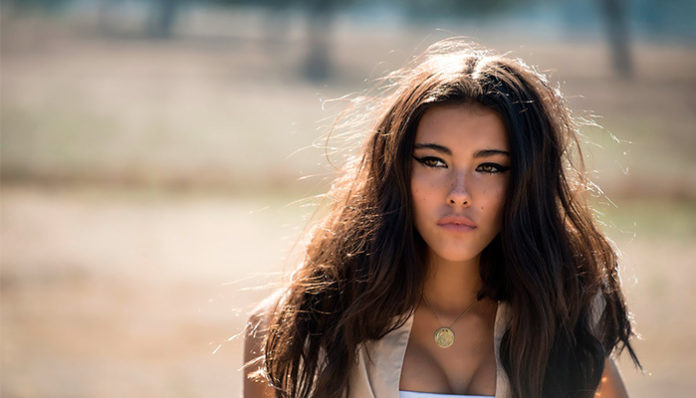 American singer Madison Beer rose to fame after her singing was shared by popular pop star, Justin Bieber in 2012. Hailing from Long Island, New York, the brunette fell in love with performing as a young child; she later decided to become a singer while still in grade school.

Eventually taking up a few experiments including the piano and guitar, she worked diligently to perfect her sound over the next few years. As her passion grew stronger with time, Beer began recording and uploading cover videos onto her own Youtube channel. Sure enough, her hard work paid off. In 2013, she received a colossal break after her rendition of At Last by Etta James was shared by pop sensation, Justin Bieber on Twitter. Not long afterwards, Beer was signed on to Island Records.

Allegedly, the 18-year-old artist currently has a net worth of $6 million. How did she earn her wealth? Let’s answer that question by taking a closer look at her career thus far.

How did Madison Beer Make Her Money & Wealth? 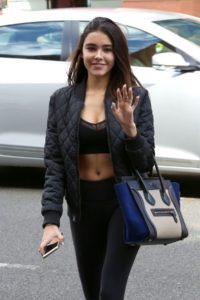 Born on March 5, 1999, Madison Beer spent her childhood in Jericho, with her parents and younger brother, Ryder. Growing up, she’s always been a performer; ever since she was a young girl, she had loved to sing. By the time she was in grade school, the brunette had picked up an array of musical instruments including the piano, guitar, and the drums.

As a teen, Beer began recording covers of popular songs such as those by Adele, Bruno Mars, and Lauryn Hill in the early 2010’s; the videos were later uploaded and shared on her Youtube account, which was created on February 12, 2012. Although they received their fair share of hits, it wasn’t until 2013, after her rendition of Etta James’ At Last was shared by pop singer Justin Bieber on Twitter, that she garnered nationwide attention. Before long, her name was trending on the social media platform.

Not long afterwards, the brunette received a record deal with Island Records- the same label that Justin Bieber was signed to. Managed by Scooter Braun, Beer eventually began working on her official single debut. After recording a theme song for Monster High, a fashion doll franchise, she dropped her first song, Melodies on January 1, 2013. Made available via digital download, it marked her official entrance into the music industry. Within the end of the first week, the single had sold roughly 9,000 copies.

That year, her collaboration with Cody Simpson, Valentine was also re-released officially on February 9, 2013.

Beer’s next song, Unbreakable was released on June 17, 2014. Written by a team consisting of Evan Bogart, Jessica Ashley, Emanuel Kiriakou and Matt Schwartz among a few others, its official music video has since been viewed over 16.1 million times through her Vevo account. Despite being a solid addition to her catalogue however, reviews from critics were generally mixed. Nonetheless, it added to Beer’s continuously climbing popularity.

On September 4, 2015, the artist came out All For Love, a collaboration with the pop rap duo, Jack & Jack. Considerably more successful compared to her previous title, it received mostly positive reviews from fans. Since the MV was first uploaded online in September 2015, it has been viewed over 14.9 million times- a vibrant sign of her success.

On February 24, 2015, the New Yorker was featured in DJ Mako’s hit song, I Won’t Let You Walk Away. Coming to life with the addition of her vocals, the project- co-written by the artist, garnered multiple praises from those within the industry. Her first endeavour to reach the charts, it eventually peaked at number 43 on the US Hot Dance/Electronic Songs chart and at number 33 on the US Dance/Electronic Digital Songs chart.

Before the end of the year, Beer released a new song titled, Something Sweet on December 18, 2015. Though it didn’t chart in the United States, it has since been played over 35,000 times on her official Soundcloud account.

Naturally, her musical releases have contributed significantly to her net worth. According to various sources, the singer has yielded upwards of ~$4 million from record sales alone; allegedly, her best-selling single so far is that of her 2014 hit, Unbreakable, which has since earned her a little over $1 million.

Aside from her musical endeavours, Beer has also taken to film in the last few years. In 2013, she made her movie debut in the independent film, Louder Than Words, where she had the opportunity to work with actors David Duchovny, Adelaide Kane, Morgan Griffin, and Timothy Hutton.

While she hasn’t returned to the big screen since, she did eventually go on to make an appearance in the television series, Todrick in 2015. Speaking of which, Beer has also been featured as herself in Piper’s Picks TV (2014), and Hollywood Medium (2016).

Last year, the social media star also landed a deal with Wilshire Studios for a reality show called, Making Madison, which will centre around her everyday life. According to reports, television executive Amy Palmer of TRL fame will be producing the series. Still under ways, no release date has been announced as of yet.

On Youtube, her channel also yields a non-negligible amount of revenue. Since her rise to prominence, Beer’s subscriber count on the site has grown immensely; as of June 2017, the brunette has amassed over 321,000 subscribing fans. As far as her video uploads go, she has received close to 16 million life time views on her channel.

Considering these numbers, it’s only natural for her to monetized her videos through Google’s partnership program. Through out, users can earn upwards of a few dollars per 1,000 monetized views- the exact amount depending on facts such as content, audience and location. On average, only 40% of one’s total views are monetized; for Beer, this works out to be 6.3 million views. Assuming that she earns at least $2 per 1,000 views, she would have yielded at least $12,700 from her channel alone.

Her most-viewed upload to date- a cover of Sam Smith’s Stay With Me, has since hit over 4 million views. Some of her other  popular videos include Bruno Mars Mashup, Caught in the Act, Unbreakable (piano version) and At Last- Etta James Cover. Currently, it is estimated that her Youtube channel reviews anywhere from 3-5k views on a daily basis.

Speaking of social media, Beer also has over 9.4 million followers on Instagram. With such an audience, she’d be able to   yield revenue through endorsement and sponsorship deals. Did you know that a celebrity can earn upwards of a few grand (in times even more) per brand campaign? Considering her fan base, she’s likely to have already banked a few thousands from the photo/video sharing app alone.

For fans who’d like to own some official merchandise, Beer has also set up an online store, where individuals can purchase items such as tank tops, t-shirts, and beanies (ranging from $19.99 to $30).

With everything that she has going for her- including her impending reality series, we’d say it’s highly likely for her assets to go up in the near future. Will Beer eventually tackle Hollywood and return to the big screen? We’ll just have to wait and see.

No, the 18-year-old social media star is not married. She is currently however, in a relationship with Jack Gilinsky (of Jack & Jack fame); the two started dating on April 26, 2015.

It’s unknown whether or not she’s dated anyone previously in the past.

Does Madison Beer Have Any Children?

No, Madison Beer does not have any children that we know of.

Did Madison Beer Go to College?

No, Madison Beer has not gone to college. As of 2017, she is still a student a Jericho High School. It’s currently up in the air as to whether or not she plans on attending university after graduating from high school.

This April, Madison Beer moved into her first apartment in New York City. According to a tweet that she shared with her fans, the experience was “much more emotional that [she] had thought”. The brunette eventually showed off her new apartment in a virtual-tour, which she posted onto her Youtube channel.

What Kind of Car Does Madison Beer Drive?

As of 2016, Madison Beer owned a blue Range Rover. Unfortunately for her, it looks like her boyfriend Jack Gilinsky accidentally crashed the vehicle while he was driving it last year; fortunately, no one was hurt, and the car just sustained some damage at the front.

How Much Did Madison Beer Earn Last Year?

According to various sources, Madison Beer earned approximately $811,000 in 2016- although this has not been officially confirmed.

So far, the eighteen year old star has not only managed to make a name for herself on social media, but she’s also earned herself quite a reputation in the music industry. Over the past few years, Beer has released a number of singles including Melodies, Unbreakable, Something Sweet, and All For Love. She even had the chance to collaborate with artists DJ Mako and Cody Simpson!

Despite her young age, Beer has also managed to break into the acting scene with the independent film, Louder Than Words  in 2013. In 2015, she even made an appearance in the musical series, Todrick.

Across all of her social media accounts, she has amassed well over 9.7 million subscribers- a number that is constantly on the rise.

As mentioned earlier, she is currently working on her upcoming reality series, Making Madison.

In terms of public appearances, the brunette recently hit the stage (for the first time ever, as a matter of fact) at London’s Hoxton Square Bar & Kitchen on June 4, 2017. Joined by popular magician Dynamo, all three of the shows quickly sold out. At the event, she also paid tribute to the victims of the Manchester Arena terrorist attack that took place earlier in June.

This June, she was also spotted dancing it out at a Delilah dance club in West Hollywood.