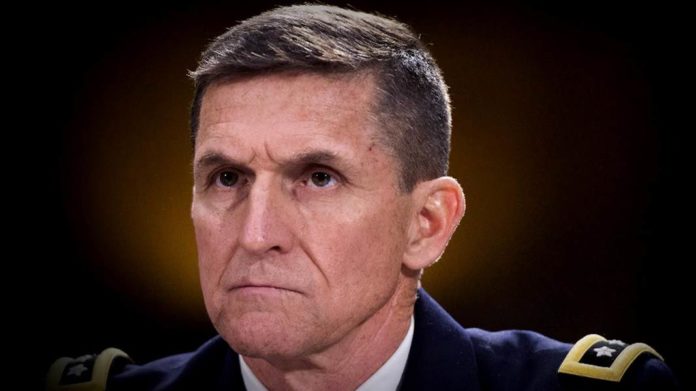 This year, Michael Flynn has been one of the most talked about people in the United States. He began his career as a mere soldier, but he was eventually able to become President Donald Trump’s National Security Advisor. However, he was forced to resign earlier this year after information came out regarding his conduct during the Russian investigation. In this article, I’m going to be talking specifically about how much money Michael Flynn makes, while also making sure to discuss how exactly he was able to rise to such a notable position. Without further ado, let’s see if we can’t learn a little bit more about this guy.

How did Michael Flynn Make His Money & Wealth?

Michael Flynn was born in December of 1958 in Middletown, Rhode Island. He came from a family where his mother worked in real estate and his father worked in banking. Flynn quickly decided to enter a similarly successful field when he began studying management science at the University of Rhode Island. He would graduate from the university with a bachelor’s degree in 1981. Once he graduated, he decided to take his career into an interesting direction by enlisting in the military. He had several different assignments during his military career. Flynn was all over the place, from North Carolina to Grenada. His career saw a significant boost when, in 2001, he became the assistant chief of staff with the XVIII Airborne Corps at Fort Bragg, North Carolina. Around this same time, he also worked as the director of intelligence with Join Task Force 180 in Afghanistan. 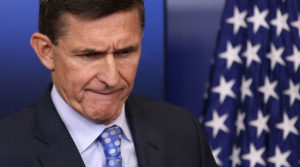 About a year later, Flynn was nominated by President Barack Obama to become the director of the Defense Intelligence Agency, and he would take that position. When this happened, he also became commander of the Joint Functional Component Command for Intelligence, Surveillance and Reconnaissance. Michael also became the chair of the Military Intelligence Board. He was still a Lieutenant General at this time, but he made the decision to retire from the military in 2014, and it was sort of controversial. There were rumors at the time that he had been basically forced out of his work there because of his lackluster performance and because of the poor relationships that he maintained with his staff. In later interviews, he talked about how he was ostracized by his peers because he viewed the threat of Islamic terrorism as being a lot more dire than they did. 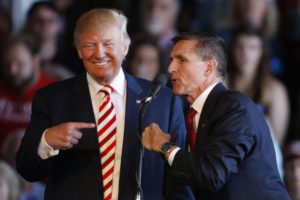 Once he was done with military though, Flynn worked a little bit in other areas. He and his son ran Flynn Intel Group Inc., which was a company that provided intelliegnce services. It was founded in 2014 and it didn’t close until 2016. Around this time, Donald Trump had won the election and he was assembling his administration. President Barack Obama warned him about hiring Michael Flynn in a major role, citing his experiences that he had with the man during his time as the director of the Defense Intelligence Agency. (As we already mentioned, this apparently didn’t go very well.) However, Donald Trump disregarded this, and Michael Flynn became National Security Advisor in November of 2016. This was a highly criticized hiring, since Flynn said and did some controversial things during the 2016 presidential election.

Michael Flynn didn’t remain in office for very long, though. In February of 2017, he officially resigned as the National Security Advisor, in another situation where he was basically pushed out of his position. There was reporting going around at the time that he had been communicating with Russian ambassador Sergey Kislyak and that he wasn’t completely honest about these communication with Vice President Mike Pence. He was only officially in office for 24 days, which was a record. Flynn’s miscommunication in his position led to distrust between himself and the President, which meant that he basically had no choice but to leave. Since his resigning, Flynn has since registered with the Justice Department as a foreign agent. Although he’s no longer working the President, given the current controversies surrounding the White House, Michael Flynn is likely to remain a relevant name in the years to come.

As National Security Advisor, Michael Flynn was a member of public office, technically. As such, his salary was considered public information. As National Security Advisor, Flynn made around $172,200 per year. That may not seem like a lot given the importance of his position but that’s usually a sacrifice that someone makes when they choose to become a public servant.

How much does Michael Flynn make per day?

If you use the figure that we came up with before, you can just use some really basic math to figure out Michael Flynn’s daily income. In a year consisting of 365 days, Flynn makes about $470 per day.