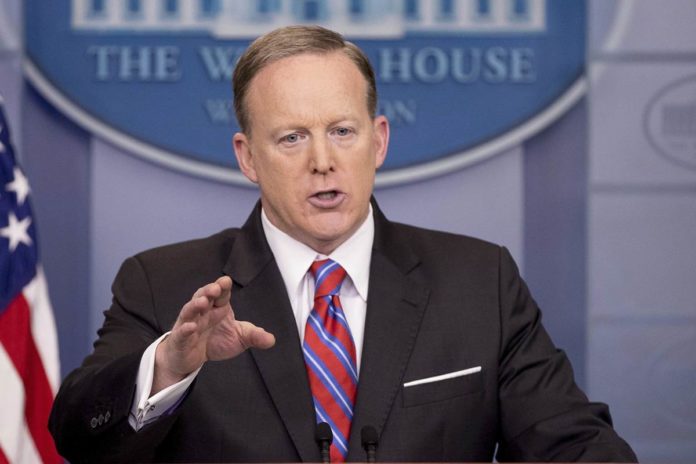 Although the majority of President Donald Trump’s staff is the news quite frequently, there may not be someone as buzzworthy as Sean Spicer. He’s only been the White House Press Secretary for a little while now, but he’s already been involved in a lot of different controversies. Spicer has worked in public relations and communications for the majority of his adult life, and this is clearly work that can pay very well if you’re good at your job. (In many instances, even if you aren’t that good at your job, representing a large enough company can get you a lot of money.) In this article, I’m going to be talking about how Sean Spicer was able to qualify for a job in the White House, while also making sure to address how much money that job actually makes him. Without further ado, let’s see if we can’t learn more about this public figure.

How did Sean Spicer make his money and wealth?

Sean Spicer was born in Manhasset, New York in September of 1971. Spicer was raised Catholic in Rhode Island, where his father worked as an insurance agent and his mother worked at Brown University. He showed interest in politics at a pretty early age, volunteering for local political campaigns when he was still just attending high school. Once Sean was done with high school, he ended up attending Connecticut College, where he graduated in 1993 with a bachelor of arts in government. In college, he continued his political activities, continuing to volunteer for local campaigns and even acting as a student senator. Once he had graduated from college, he worked with several Republicans during their political campaigns, including Mark Foley and Clay Shaw from Florida and Mike Pappas and Frank LoBiondo from New Jersey. He strengthened his ties with government-related work when he joined the United States Navy Reserve as a public affairs officer in 1999. 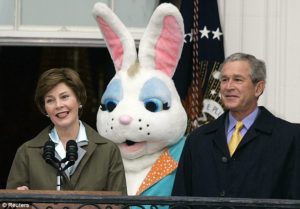 Around this same time, Sean served as the communications director for the House government Reform Committee. Once he had finished with that job, he became the director of incumbent retention with the National Republican Congressional Committee. He was also able to become the communications director for the Republican Conference of the U.S. House of Representatives. He acquired one of his most impressive jobs between 2006 and 2009, when he worked in media and public affairs during George W. Bush’s presidential administration. When George W. Bush left office, Spicer did, too, and he became a partner with Endeavor Global Strategies. Basically, his work involved fostering good relations between foreign governments and businesses. He worked there for several years before moving onto his next gig.

His next gig, as it turns out, was a pretty big one. He became the communications director of the Republican National Committee, which is obviously a very important organization for the Republican party. Spicer was very active in this role, improving the committee’s social media operations and also ensuring that the organization was prepared for any kind of attack. By 2015, he was also work as a chief strategist for the entire party. Interestingly enough, Sean Spicer attracted some attention when he was with the Republican National Committee due to his public criticism of candidate Donald Trump, disapproving of Trump’s disparaging comments toward illegal immigrants and fellow Republican, U.S. Senator John McCain. However, he would develop a pretty different relationship with Donald Trump when Trump was elected into the presidential office. 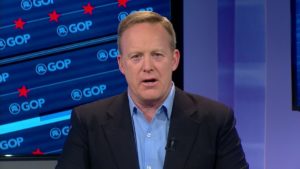 In December of 2016, Spicer became both the White House press secretary and the communications director for the entire Trump Administration. Pretty early on, Sean began picking little fights with media. First, he was critical of images of Donald Trump’s presidential inauguration, claiming that they made it seem more sparsely attended than it actually was. The media fired right back, picking apart some of the less than correct facts that Sean Spicer used to support his points. Despite this assault on Spicer, he was still supported by the rest of the Trump administration, who praised him for calling out the media on what they believed to be unfair treatment toward Trump. Later, Spicer revised his statements to put himself more in line with the actual facts. Still, the damage had been done, so to speak.

He encountered even greater controversy in April when he compared Syria’s Assad government to Nazi Germany, falsely stating that Hitler didn’t even use chemical weapons. (Of course, in Hitler’s gas chambers, chemical weapons were obviously used to kill people.) People were infuriated by this statement, with many people calling for Sean’s firing. He formally apologized for his remark on the following day. Due to this whole circus surrounding Sean Spicer and media, it isn’t a surprise that he has been lampooned so frequently in the mainstream. Most popular is probably Melissa McCarthy’s less than flattering impressions of Spicer on Saturday Night Live. And all of this has certainly added up to something, making Sean Spicer one of the most recognizable names in the whole of Trump’s White House staff. For better or for worse, this press secretary sits firmly in the public spotlight these days.

Sean Spicer married Rebecca Miller in 2004, who was a television producer at the time. Today, Rebecca works as the senior vice president of communications and public affairs for the National Beer Wholesalers Association. The happy couple have two children together.

When Sean Spicer was working in the private sector, his salary was, well, private. However, since he’s technically a member of public office now, his salary is public for everyone to see. When he became the White House Press Secretary, he was signing on for a salary of around $180,000, give or take. That may not be as much as he could make elsewhere, but that’s a sacrifice that most people make when they enter this line of work.

How much does Sean Spicer make per day?

If you use his salary from before as a starting, then you can just use some really basic math to determine Sean Spicer’s daily income. In a year that consists of 365 days, Spicer makes approximately $490 per day. That’s definitely a respectable amount of money for a person to make.