Raffi Ahmad Net Worth 2018 – How Rich is the Actor Actually? 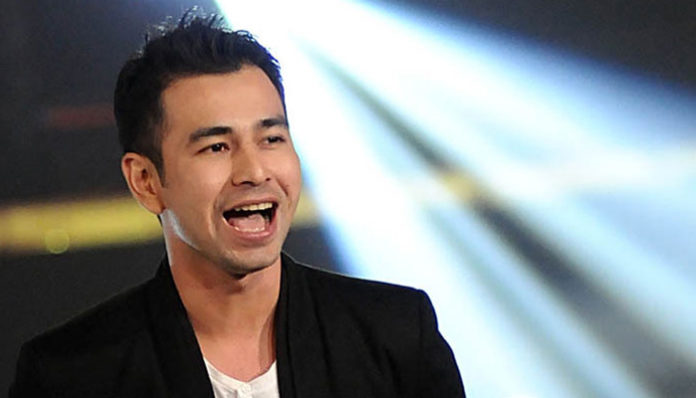 Indonesian actor Raffi Ahmad has appeared in a number of movies and soap operas including Liar, Asoy Geboy, and Rumah Tampa Jendela. Hailing from West Java, he broke into the television realm at the age of fifteen in the series, Point One Star (2002). From there, he landed his first lead role in the soap, Senandung Masa Puber (2003). Continuing to act into his late teens, he eventually made his movie debut in the films, Panggil Namaku 3X (2005) and Me vs. High Heels (2005).

In 2007, Ahmad received a small break after starring in the film, Love is Cinta. Praised for his portrayal, it later garnered him an MTV Indonesia Movie Award nomination that year. Some of his other notable works on the big screen include 40 Hari Bangkitnya Pocong (2008), Liar (2008), Asoy Geboy (2008), and Pocong Kesetanan (2011).

One of the wealthiest actors of Indonesia, he is currently estimated to have a net worth of $200 million. How did his fortune come about? What are his different sources of income? To find out, let’s delve a little deeper into his career.

How did Raffi Ahmad Make His Money & Wealth? 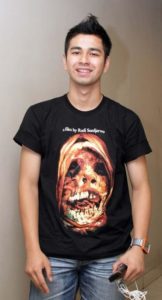 Born on February 17, 1987 in West Java, Indonesia, Raffi Ahmad spend the majority of his childhood in the province’s capital of Bandung. The oldest out of three siblings, he had expressed an interest in the show business at a young age; other than that, not much is known about his early life. As a teen, he made his small screen debut in the soap opera, Point One Star (2002), where he played a supporting role. In the series, he was joined by actors Baim Wong, Okan Cornelius, and Kirana Larasati.

Not long afterwards, Ahmad was propelled towards stardom after landing a lead role in the television series, Senandung Masa Puber (2003). Considerably popular among audience members, the show ultimately continued for four seasons from early 2003 until late 2004; by the time it ended, it had run for 250 episodes. Following that, the teen actor appeared in the soap operas, Ada Cinta di Lantai 9 (2004), Aku Ingin Hidgup, and Me vs High Heels The Series (2005), all of which further bolstered his fame in Indonesia.

In 2007, he received a career breakthrough with the Indonesian drama film, Love is Cinta. Directed by Hanny Saputra, it centered around two young couples who despite being in love with each other, have difficulty expressing their affection to one another. Portraying one of the lead roles, Ahmad played the part of a character named Doni; his co-stars included Irwansyah, Acha Septriasa, and Andhika Pratama. Released theatrically on May 16, 2007, the production garnered mostly favorable reviews from views. Praised for his performance, the actor’s portrayal eventually earned him an MTV Indonesia Movie Award nomination for Most Favorite Actor later that year.

Continuing to show off his skill set in front of the cameras, Ahmad went on to star in another movie titled, Wild in the summer of 2008. One of the main cast members, he starred alongside Irgy Ahmad Fahrezy, Asmirandah, and Intan Nuraini, among others. In it, he played the character of Bayu, a young man struggling to realize his dreams of becoming a motor racer. That same year, the actor joined the cast of the drama film, Asoy Geboy (2008). Directed by Arie Azis, it featured Ahmad as a young villager from Semilir Angin who travels to Jarkata for college, alongside a couple of friends.

Over the next couple of years, the Indonesian actor landed a few roles in the film, Putih Abu Abu dan Sepatu Kets, and in the television series, Tarzan Cilik (2009), Baim Anak Sholeh (2009), Buku Harian Baim (2009), and Koboi Cabe Rawit (2010). By now, Ahmad had become one of the most prominent actors in the country, with numerous credits to his name.

Starting from 2010, Ahmad’s focus began to shift to television. That year, he was cast as the main protagonist of the soap opera, Titip Rindu, where he played a character by the name of Bagas. Following that, he took part in the series, Bintang Untuk Baim (2011), Baim Jaim (2011), and Arti Sahabat (2011), all of which proved to be a success among viewers. In 2011, the actor also participated in the soap, Dia Atau Diriku– where he remained until 2012.

While he was mostly involved with soap operas during that period, he also took time out to appear in a few movies including, Virgin 3 (2011), Get Married 3 (2011). Most notable of all, perhaps is the horror film, Pocong Kestanan (2011), where he once again returned as a lead character. Directed by Pinkan Utari, it centers around a group of friends who are met with strange, disturbing events after coming upon a sacred Chinese tomb in a newly traveled-to city. Aside from Ahmad, it also starred Aziz Stuttered and Thunder Triyoga. By the end of 2011, the actor was considered one of the richest artists in Indonesia.

From 2012 until 2014, Ahmad took part in a variety of TV programmings from sitcoms to variety shows. In 2012, he played a character in Trans TV’s Waktunya Kita Sahur. Shortly afterwards, he starred in the popular variety series, Yuk Keep Smile– one of the most-watched programmings of its kind at the time. Following that, he was involved with the titles, Sahurnya Ramadhan (2014), Ngabuburit (2014), and The Blusukan (2014).

Inferring from everything that we’ve said above, the Indonesian actor’s acting career on both television and film would have earned him a considerable amount (e.g. millions) over the past years. If anything, it’s probably one of his biggest sources of income.

In addition to movies and soap operas, Ahmad has also starred in a number of commercials throughout his career; some of the brands that he’s worked with in the past include Ardilles, Kit Kat, XL, Suzuki New Swift Facelift, Pixcom, Oli Top 1 Action Matic, and C59 T-Shirt.

Behind the scenes, he has helped to produce two movies, Wanita Tetap Wanita (2013), and more recently, Rafathar (2017). Back in 2010, Ahmad also made his directorial debut in the film, Barbie.

As far as other endeavors go, the Indonesian actor is also a pop singer who has successfully made a name for himself in the music industry. In 2006, he joined a music group called Bukan Bintang Biasa; the start of his music career, they eventually released their first single entitled, Let’s Dance Together later that year, which garnered many positive reviews.

After release the record, Jodoh di Tangan Tuhan in 2009, he teamed up with Yuni Shara for the songs, 50 Tahun Lagi, Cinta Ini, 1 2 3 in 2011. Some of titles that he later released include CH2 (Cinta Hati Hati), Air dan Api, Bukan Rama Shinta, Terbaik Untukmu, Let’s Talk About Love, and Menikahmu. Finally in 2015, Ahmad reached another milestone with the release of his debut album entitled, Kamulah Takdirku. Preceded by the singles Terbaik Untukmu, and Kamulah Takdirku the album was also a collaboration with his wife, Nagita Slavina.

Considering this immense popularity in Indonesia, it’s not surprising to learn that he’s also put on a number of concerts throughout his home country over the last decade. Naturally, these gigs would have fed to his overall fortune.

Not only is he active in the entertainment industry but Ahmad has also taken on numerous business ventures since his rise to fame. So far, he’s released his own line of beauty masks, body sprays, clothing, and even food- some of the brands and individuals that he’s worked with on these projects include RA Jeans, Denny Buana and Bakmi RN. The last that we heard, the actor was in the planning stages of launching a children’s playground called Rafather PlayPark in Indonesia.

Currently, it’s estimated that Raffi Ahmad has a net worth of $200 Million- this easily puts him among the richest artists in Indonesia.

Yes, the Indonesian actor is married. On October 17, 2014, he married his longtime childhood friend and fellow actress, Nagita Slavina- their extravagant wedding was witnessed by millions after being broadcasted on television. Even before they became husband and wife, the two had collaborated on several occassions such as in the film, Rats and Cats Looking for Love.

In the past, Ahmad has been romantically linked with Tyas Mirasih, Laudya Cynthia Bell, Velove Vexia, and Bunga Zainal. At one point, he also became the subject of popular media after beginning a relationship with Yuni Shara, who was 14 years his senior.

Does Raffi Ahmad Have Any Children?

Yes, Raffi Ahmad has a son with his wife, Nagita. The two welcomed their son, Rafathar Malik Ahmad into the family on August 15, 2015.

Did Raffi Ahmad Go to College?

Not much is known about Ahmad’s schooling history, however considering his busy schedule as a teen actor, it’s presumed that he did not go to college.

From what we can gather, Ahmad and his family currently live in a luxury abode in Pondok Labu, South Jarakarta. Rumored to be worth upwards of 11 billion rupees, the three-story property includes six bedrooms, an elevator, a swimming pool, and even a studio.

Aside from that, the actor reportedly also owns 13 different apartments across Indonesia.

What Kind of Car Does Raffi Ahmad Drive?

A fan of luxurious vehicles, Ahmad is said to be the owner of a Lamborghini Aventador. In addition to that, he also has a few motorcycles including ones from Ducati, Harley Davidson, and Triumph.

At just thirty years old, Raffi Ahmad has earned himself the title of being one of the richest artists in Indonesia. Not only has he embarked on a successful acting career, but he’s also released a number of singles- and even a full length album, as a recording artist.

Recognized for his work on television and film, he has garnered numerous industry awards throughout his career including four Bright Awards, two Global Seru Awards, two Dahsyatnya Awards, seven Insert Awards, six Panasonic Awards, two Yahoo OMG! Awards, and a SCTV Award. In total, he has been nominated for over a hundred different titles.

This year, Raffi Ahmad will be playing a lead role in the adventure film, Rafathar, which is set to be released in Indonesia on August 10, 2017; in it, he will be joined by Ence Bagus, Babe Cabita, and Nur Fazura, among others.

As well, the actor will be starring in the soap opera (his first in four years), I-KTP later this year.