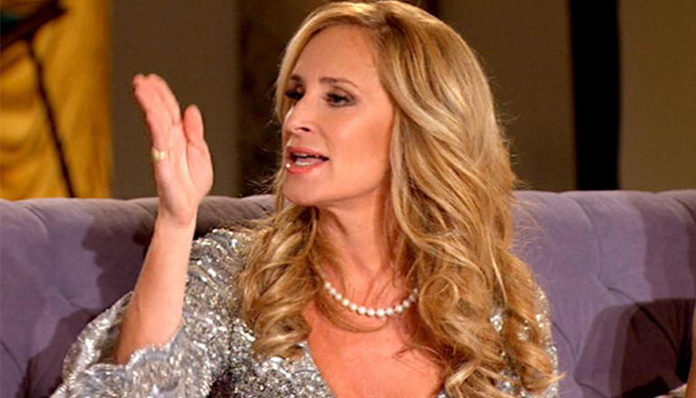 American entrepreneur Sonja Morgan rose to fame as one of the cast members of The Real Housewives of New York City. Born and raised in New York, she has been involved with the fashion industry all her life. A former student at the Fashion Institute of Technology, she eventually started to work as a model, a career that brought her to many cities around the world including France, California, and Colorado.

From there, the blonde established herself at an upscale Italian restaurant, where she consulted with the likes of Martha Stewart, Barbara Walters, and Donald Trump. A self-described lifestyle entrepreneur, Morgan has since launched her own line of clothing, swimwear, and jewelry.

In 2010, the New Yorker garnered nationwide attention after being cast in the Bravo reality series, The Real Housewives of New York City.

Currently, it is estimated that Sonja Morgan’s net worth is around the $8 million mark. What are her difference sources of income? Let’s take a look.

How did Sonja Morgan Make Her Money & Wealth? 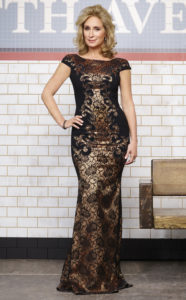 Born on November 25, 1963 in New York, Sonja Morgan spent her youth in the city of Albany, where she and her three siblings were raised by their single mother. Upon graduating high school, she packed her bags and headed to New York City, where she studied marketing at the Fashion Institute of Technology.

As she worked towards her degree, she supported herself by working as a model- it eventually led her to travel to various cities around the world including France, California, and Colorado. Eventually graduating from the institute, the blonde soon began to work as a luxury brand consultant for a number of high-end establishments in the country.

Although said establishments have never been named, the blonde has long been associated with the likes of Donald Trump, Le Cirque, and Martha Stewart. A well known socialite, Morgan was often spotted at events such as the Grammy’s or Monaco’s Red Cross Ball- almost everyone had heard about her charm, and beauty.

After many years of working in the fashion industry, the New Yorker expanded her expertise into the show business, where she began to work as a film producer. In 2006, Morgan was among the producing team for the award-winning horror thriller, The Marsh. Most recently this year, she also helped to produce the film, The Man in the Attic.

Having grown more comfortable with the entertainment industry, Morgan later appeared on the small screen herself, after receiving a big break with the Bravo reality series, The Real Housewives of New York City (2010). Marking her official television debut, the popularity of the show instantly turned her into a household name in the United States.

Debuted on March 4, 2008, The Real Housewives of New York City marked the second instalment of the network’s Real Housewives series. Ultimately, it wasn’t until the latter half of the third season in 2010 that Morgan became one of the main cast members. Co-starring on the show with her at the time were Ramona Singer, LuAnn de Lesseps, Bethenny Frankel, Jill Zarin, Kelly Bensimon, and Alex McCord.

Despite the title of the series, many of the featured women were not housewives, including Morgan. A business owner, her personal and professional lives, as well as those of her cast mates, were depicted in the show. Since she first joined the series 2010, she has become one of the most prominent housewives of RHONY– having been featured in six out of its eight seasons.

As you probably already know, the reality stars on the show are paid handsomely for their time. Depending on an individual’s popularity, it’s not uncommon for one to receive a few hundred thousands per season. According to various online sources, Morgan takes home approximately $220,000 per season- a figure easily comparable to that of a doctor’s salary.

Let’s do a little bit of math- considering the fact that Morgan has been on The Real Housewives of New York City for five and a half seasons, her accumulated earnings over the past few years work out to be a little over $1.2 million. For most of us, we can only dream of making that much.

Since she made her small screen debut in the Bravo series, Morgan has appeared in various other TV programmings. For instance, the blonde has been invited onto Rachael Ray (2011), Sergio’s Blog (2011), Millionaire Matchmaker (2014), Million Dollar Listing New York (2014), Bethenny (2014), and Brunch with Tiffany (2015), among others.

While acting is not her main focus by any means, she recently also made an appearance in the comedy series, Difficult People (2016), where she appeared as herself.

From what we’ve discussed above, it’s fair to say that Morgan has banked a sizeable amount through her success on television. However, as we’ve also mentioned above, she is also an experienced, and successful entrepreneur.

In 2015, the blonde launched her own fashion line, branded Sonja Morgan New York. Originally announced back in the winter of 2014, the collection “has something for everyone”, including swimwear, sportswear, and evening wear. Not only does it strive to offer long lasting value at affordable prices, but she also designed it with elaborate details in mind.

Her business endeavours go further than clothing however; she has since also launched her own line of jewelry called The Sonja Morgan New York Timeless Collection. Some of the accessories available include earrings, bracelets, and diamond pendants, all set in 925 sterling silver.

At one point, the reality star was also working on creating a Toaster Oven cook book. The last time we checked, she was still rewriting the text- who knows? It may just hit the stores one day.

Last summer, Morgan also launched her own line of beverage, more specifically, her own line of Prosetto called Tipsy Girl. According to tabloids, the sparking drink, imported from Italy, can be enjoyed at a New york City lounge located on 8th Street.

Constantly taking on new endeavours, Morgan recently announced last year that she plans on opening a restaurant called Tipsy in New York. The last that we’ve heard, she was researching decor and pondering about what kind of menu to offer. According to sources, the reality star had been scouting various locations in the Upper East Side of Manhattan, New York. Allegedly, she has hired a filmmaker and producer and plans on creating a TV show based on the restaurant.

One of the country’s most popular reality stars, Morgan often finds herself booked for various events. of course, she would be paid a hefty amount for each gig. Some of the events that she’s participated in the past include the Social Life Magazine Launch Party, the Art Tour Brunch, the Aviva & Reid 5th Anniversary Party at the Empire State Building, Cat Ommanney’s Book Launch and the Masquerade Ball, to name a few.

Currently, the entrepreneur and television personality has an estimated net worth of $8 million. Seeing as how she’s remained on The Real Housewives of New York City for seven years now, we wouldn’t be surprised if she were to continue with the series (it did propel her to fame, after all), assuming that it is renewed for a new season. If she does stay on the show, it’s highly likely that she’d be able to negotiate an even higher salary with the network.

Let’s also not forget that she made her acting debut last year. For all we know, Morgan may just make a career out of it in the near future.

No, Sonja Morgan is not married. However, she recently announced that she’s been dating a man whom she refers to as “The Frenchie”. While his identity has never been revealed, she did disclose that he is a hotelier and is fourteen years her junior. So far, things appear to be quite serious between the two of them.

Before this, the reality star was dating Benjamin Benalloul; the two were together for a few years before parting ways.

In the past, Sonja Morgan was married to John Adam Morgan; the couple divorced in 2006.

Does Sonja Morgan Have Any Children?

Yes, the entrepreneur has a daughter (b. 2000). named Quincy Adams Morgan with her ex-husband. The “joy of her life”, she accompanied her mother on the red carpet last summer.

Did Sonja Morgan Go to College?

Yes, Sonja Morgan went to college. After finishing high school, she moved to New York City where she attended the Fashion Institute of Technology; she eventually obtained a degree’s in marketing in 1985. 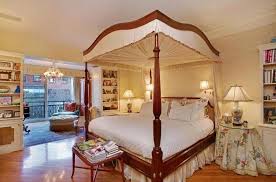 This February, Sonja Morgan listed her five-story Manhattan home for $10 million- surprisingly (or non-surprisingly), it’s the seventh time that she’s attempted to sell the property.

Located in the Upper East Side, the lavish abode includes five bedrooms, seven full baths and a number of other opulent amenities. Not only does it have a stunning green terrace, but it also boasts a personal sauna, a mini library, as well as an elevator. At 4,500 square foot, the home also has a fully equipped home gym for its owner’s workout needs.

What Kind of Car Does Sonja Morgan Drive?

We do not have any information on her vehicle at the moment.

Sonja Morgan as a Philanthropist

An outspoken advocate for animals, children and the LGBT community, Sonja Morgans has worked with numerous charities over the years including The Princess Grace Foundation, the New Yorkers for Children, GLAAD, ASPCA, and the Jeffrey Fashion Cares, to name a few.

In 2011, she received the Broadway Speaks Out Hero Award for her continuous support with the LGBT youth community. Back in 1995, she was also honoured by the St. Regis Hotel as a “Singular Sensation”.

An inspiring entrepreneur, Morgan has launched a number of successful brands in the past decade. Considering her skill set and expertise, we have no doubt that her upcoming restaurant will also be a major hit.

As far as her television career goes, she has risen to become one of the most well recognized reality stars in the US. Since she first step foot in front of the cameras in 2010, her fame has only continued to go up.

Currently, Sonja Morgan is starring in the ninth season of The Real Housewives of New York City, which was released through the Bravo network this past April.

As mentioned earlier, she also helped to executively produce a film called, The Ma in the Attic this year. According to IMDb, it will be released on October 1, 2017 in the United States.