MTV has always been a relatively popular television station among young viewers. However, 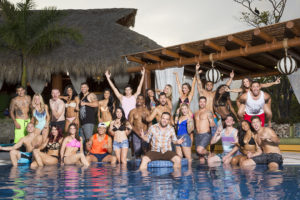 they have semi-recently become a new face for dramatic reality t.v. shows that are painfully addicting to watch. One of which is The Challenge. This is a game show that spins off their two other reality shows, Real World and Road Rules. Participants of the aforementioned shows are brought together to compete against each other in order to win a cash prize at the end of the season. Originally titled Road Rules: All Stars, the series premiered on June 1, 1998. The Challenge now has a total of 29 season, all of which have a different “theme” to keep it interesting for viewers. Their latest season, which aired February 7 through May 16, 2017 was sub-labeled “Invasion of the Champions”. 18 contestants from previous seasons were brought back to redeem themselves in Krabi, Thailand.

In November of 2012, MTV decided to create a spin-off series after the 2010 documentary Catfish. In the original documentary, Nev Schulman began building a

relationship with a woman he met via Facebook. Through his documented journey, he eventually meets the woman who had been ‘catfishing’ him for quite a while. The film brought light to the idea that it can be anyone sitting behind the screen and you have to be careful about who you trust online.

The MTV series is hosted by Nev himself, and co-hosted by his friend Max Joseph. They receive emails from people across America who are in online relationships and want to finally find out the truth about who they’re talking to. After they hear the stories of how the couples met, Nev and Max will do some online “sleuthing” where they look up phone numbers and pictures to determine how truthful the potential catfish is being. Most episodes end in relatively the same way. Nev calls the catfish, they agree to meet, and by the end of the episode you find out who the person behind the curtain really is. Sometimes the relationships work out, but more often than not they end up falling apart. However, what is one of the more important aspects of the show is that it allows people to hear both sides of the story and catfishers are confronted with the wrongness of their actions.

America’s Next Top Model is a reality television show where aspiring models come to compete against one another in order to get their career of the ground. The models are put 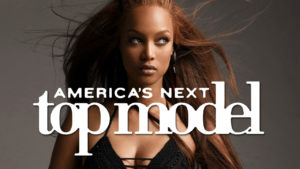 through a series of challenges, most of which test their ability to work under pressure and how they adapt to the visions of carious photographers. For the majority of the show’s existence, the participants in America’s Next Top Model were strictly female models. During the show’s 20th through its 22nd season, male models were permitted into the competition. However, in their most recent season they reverted back to their all female cast.

The show is the creation of Tyra Banks, the American actress and former model. She was the show’s host all the way up until the 23rd season. Rita Ora took over the position temporarily, because it is anticipated that Banks will return for the upcoming season. It originally aired in May of 2003 on the UPN newtork. Three years later, when UPN and The WB merged together, it was aired on The CW. America’s Next Top Model was the highest rating show broadcasted on The CW for the years 2007 through 2010. However, it was canceled in 2015 only to be later revived when VH1 picked up the show for themselves.

The Amazing Race is a reality competition that first aired in America on September 5, 2001. 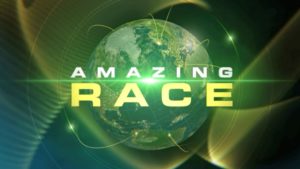 The premise of the show is relatively simple. Eleven groups of two competitors must work together, following clues and completing various tasks around the world to reach the cash prize of $1 million at the end. While participating on the show, the guests are required to interact with locals, solve riddles, and use various modes of transportation in different cities across the world.

The Amazing Race has won the Primetime Emmy Award for Outstanding Reality-Competition Program a grand total of ten times. Additionally, each season it averages to have about $10 million viewers. The show’s 29th season aired on March 30th and is currently 11 episodes in. You can catch the latest episodes during Sunday nights on CBS. 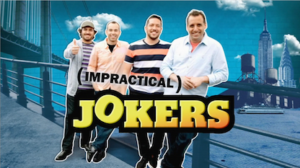 goals are to set one another up for failure through embarrassment. Brian Quinn, James Murray, Sal Vulcano, and Joe Gatto compete against each other by performing public pranks on strangers. If one of them does not complete a prank, they lose the challenge. At the end of a series of challenges, the loser must perform any punishment of the other three’s choosing.

These men have been best friends since high school and always had a love of comedy and messing with one another. It’s almost similar to the television series Jackass, only more children friendly. So far the show has gone over extremely well with the public. The Jokers have performed a few live shows in front of fans and it has been renewed for a seventh season with TruTV. 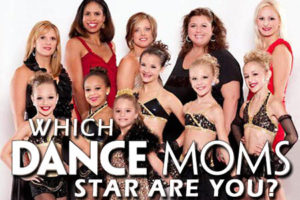 following the lives and careers of young dancers who train and perform for the Abby Lee Dance Company, which is based in Pittsburgh, Pennsylvania. Although the show is supposedly about young dance students, after watching a few episodes it becomes pretty clear that most of the drama comes from the mothers and Abby Lee Miller herself. They are constantly bickering and there’s always the impending threat of their child being kicked off the elite team.

During the show’s existence, there have been quite a few lawsuits and scandals. Abby Lee has been criticized for her sometimes extremely harsh teaching methods and suspected favoritism. However, the dancers she trains are some of the most exceptional. For example, Maddie Ziegler has become a very popular face in social media. She’s a dancer who works closely with the musician Sia and has started to dabble in the acting and modeling fields. Dance Mom’s is currently seven seasons in, with its most recent having ended on February 21, 2017. 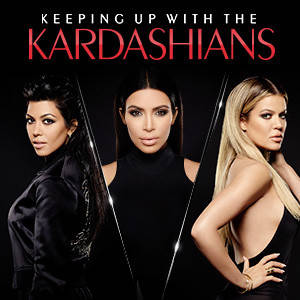 shows in the country. It has aired a total of thirteen seasons since its premier on October 14th of 2007. The cable network E! hosts the show and Ryan Seacrest serves as its executive producer. It’s primary concept is to follow the lives of the Kardashian-Jenner family. All of their familial drama is documented and put on air for the entertainment of the general public.

Although the show is considered to be a guilty pleasure by most viewers, critics have given it poor reviews for encouraging the idea of “famous for being famous”. The Kardashian and Jenner family is often criticized for being self-absorbed and dim-witted. Despite all the negative publicity surrounding them, the family has made such a success that spin off shows were created. Additionally, Kendall and Kylie Jenner now have strong social media presences and have started their own clothing and make-up lines.

The title says it all for this American reality-competition series. In each season, a celebrity is

paired with a professional dancer and together they compete against the other pairings. They must perform various genres of dance and after each episode, one couple will be eliminated based off of the judges points and the audience votes. The show is hosted by Tom Bergeron and has completed a total of 24 seasons.

Celebrities who appear on the show are paid based on how long they last in the competition. There was some legal issues with payment on season 21 when Bindi Irwin was a contestant. A judge from the Los Angeles County Superior Court withheld her earnings because she was a minor and therefore needed the signatures of her parents. Her mother signed, but they still could not retrieve the money until they produced her father, Steve Irwin’s death certificate.

Now an international television series, RuPaul’s Drag Race is a reality-competition show where drag queens come to fight for the title of “America’s next drag super star”. The 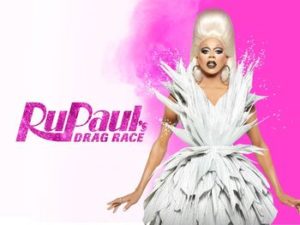 contestants of the show must complete a series of different challenges. Some include making their own outfits or doing their best to impersonate a celebrity. The show is hosted by RuPaul, but he also serves as a mentor for the queens and judge for the show. It promotes the acceptance of all types of people and the queens address what it’s like to be someone who is different from the majority.

In 2016, RuPaul’s Drag Race won awards for Outstanding Host for a Reality or Reality-Competition Program and Outstanding Reality Program. It has also been nominated for various other awards such as a Creative Arts Emmy Award and 4 Critics’ Choice Television Awards. RuPaul’s Drag Race has become the highest rated show on Logo TV’s network. The show has a total of nine seasons thus far and is currently in the middle of airing the ninth. 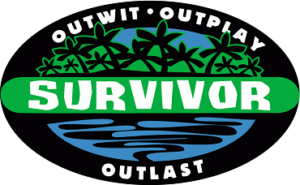 show Expedition Robinson. Survivor first aired on Mary 31, 2000 and has since then been renewed for 34 seasons. Since its production, it has become an extremely popular show in America. For a while it was rated as one of the top 10 most watched television series. In 2007, Time magazine included it on its list of the 100 greatest TV shows of all time.

Jeff Probst and Mark Burnett are the shows hosts. They present the group of strangers with odd and sometimes disturbing challenges that test their survival skills and dedication to winning the grand prize. The Survivor contestants are all marooned on an isolated location and are forced to test their knowledge of nature. All contestants must make their own fire, scavenge for food, and find their own water sources. It’s a competition that tests a person’s survival skills and it’s definitely not for the feint of heart. However, whoever makes it to the end of the show receives a cash prize of $1 million, which probably makes the trying experience worth it.