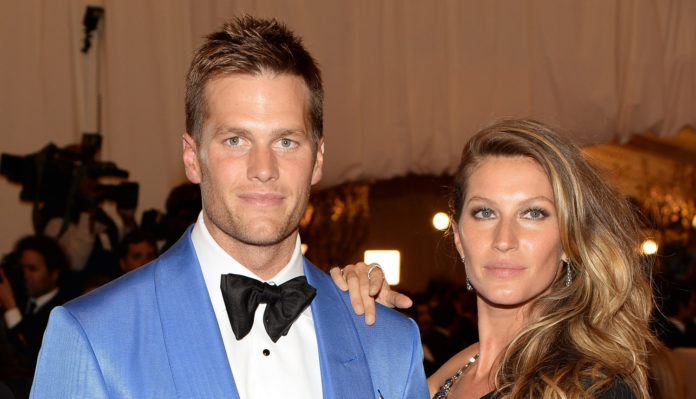 Tom Brady and Gisele Bundchen are one of the richest celebrity couples in the world. Supermodel Gisele Bundchen is the world’s highest paid fashion model, and star New England Patriots Quarterback Tom Brady is one of the most accomplished football players in history. The couple has been married since 2008. They are both some of the most accomplished people in their fields.

Both Tom Brady and Gisele Bundchen are some of the most successful people in their respective fields. As a result, they both command massive salaries.

Tom Brady is worth 180 million. Such a figure is to be expected of an NFL star. Gisele Bundchen’s net worth is double that – $360 million. Given that the NFL is more popular in USA while Bundchen has been the world’s most successful model for over decade, the disparity in their wealth makes sense.

How Did Tom Brady and Gisele Bundchen Get Rich? 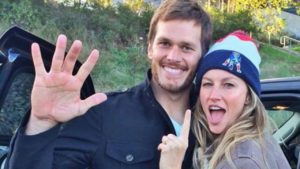 Tom Brady excelled at sports from an early age. As a child, he regularly attended 49ers games at Candlestick Park in San Francisco. When he was only 4 years old, he witnessed Joe Montana throw “The Catch” to wide receiver Dwight Clark, a pivotal moment in football history that permanently made Brady a dedicated fan of Joe Montana.

Before high school, Brady went to many football camps. He attended a camp at the college of San Mateo where he received coaching from future quarterback Tony Graziani, then a camp counselor. Brady attended Junipero Serra High School in San Mateo, California. He played football, baseball, and basketball. Although Brady was almost drafted in the MLB for his baseball skill, he was adamant about becoming a pro football player.

By the end of high school, Brady had caught the eye of several other college coaches. He ended his high school football career with 236 of 447 completed passes for 3,702 yards and with 31 touchdowns. However, he still had much competition despite his success. In order to better distinguish himself from other players, Brady composed highlight reels which he sent out to prospective teams.

From 1995 to 1999, Brady played football with the University of Michigan. He was advised by legendary coach Greg Harden. Although Brady was a backup quarterback his first two years, he started every game in 1998 and 1999. He was a Big Ten honorable mention both seasons.

Brady was drafted by the New England Patriots in the 6th round of the 2000 NFL draft. However, he did not get a chance to prove himself until 2001 after the starting quarterback Drew Bledsoe suffered an injury. Brady started 14 games that season, 11 of which he helped the patriots win.

Brady also helped the Patriots Win the XXXVI Super Bowl against the St. Louis Rams when he was only 24. He assisted in his team’s victory for three more super bowls in his career.

In 2017, Brady received a $14 million signing bonus. The bonus was added to his already massive initial contract of $41 million.

Now 39, the football star is nearing retirement. Brady has launched his own line of nutrition products in partnership with Yee & Dubin Sports. Products in his signature TB12 line sell for high prices due to their endorsement by Brady as well as their quality. His brand sells whey protein, supplements, apparel, and exercise equipment.

Unlike her husband, Gisele Bundchen did not have her sights set on modelling from an early age. Instead, she was working towards becoming a pro volleyball player. Her future changed when she was scouted by an agent for Elite Modeling while only 13. Her mother was instrumental in pushing her into a modelling career.

After being discovered, Gisele placed 2nd in the Elite Look of the Year contest. The next year, she placed 4th. She moved to Sao Paulo at 14 to pursue a full time career in modelling.

In 1997, Gisele Bundchen became a favorite of designer Alexander McQueen. She was able to keep balanced in high heels during his spring “rain” theme ready-to-wear show. McQueen gave her the nickname “The Body”, which made her bookings skyrocket. In 1998, she modeling for brands such as Versace and appeared on the cover of the French Vogue. She appeared on the cover of Vogue in 1999 and 2000 as well.

In 2000, Bundchen wore the world’s most expensive lingerie of all time at a Victoria’s Secret show. The “Red Hot Fantasy Bra” was valued at $15 million. Later on she was featured in the 2001 Got Milk campaign in Sports Illustrated.

In 2004, she was featured on the cover of American Vogue. She made her acting debut that same year in the remake of Taxi. She later played Serena in The Devil Wears Prada in 2006.

In 2008, Bundchen was named one of the biggest stars in fashion history by The Independent, as well as one of the most powerful people in the fashion world.

Despite being almost 40, Bundchen is still a highly sought after model. In 2012, she appeared in over 5,600 commercials in Brazil. In 2012 alone, she had 11 appearances on the front of Vogue Magazine. Bundchen was chosen as the ambassador for Pantene North America and the face of Chanel’s Les Beiges makeup line in 2013. She was also chosen as a spokeswoman for Chanel’s No. 5 fragrance in 2014.

As of 2017, Gisele Bundchen has appeared on over 800 runway shows, over 2000 magazine covers, 3500 magazine editorials, and more than 500 advertising campaigns. She is considered the 2nd most popular celebrity in Brazil. 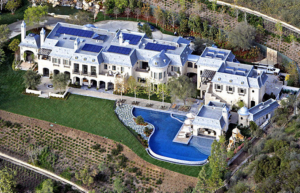 Tom Brady and Gisele Bundchen met in December of 2006 after being set up on a blind date by a mutual friend. The pair connected instantly. They have never gone a single day without talking since the day they met. They married on February 26th, 2009. The first ceremony was privately held in Santa Monica at a small Catholic church. They later invited more people to a second public ceremony in Costa Rica.

Brady and Bundchen have two children. The pair had daughter Vivian Lake in 2009, and their son Benjamin Rein in 2012. Brady also has a son born in 2007 from his previous marriage with Bridget Moynahan named John.

Due to their lifestyles, both Tom Brady and Gisele Bundchen live healthy lifestyles. Bundchen is almost vegan, and Brady eats a very strict diet to maintain his athleticism. They both enjoy exercise as leisure.

Both Brady and Bundchen are advocates of environmental preservation. Their $20 million dollar mansion in Los Angeles uses solar energy, a gray water system, energy efficient lighting, and is 80% constructed from recycled or reused materials. It was finished in early 2017. The couple is building a similar mansion in Boston.