Ana Cheri is most famous for being selected as the Playboy Playmate of the Year in 2015. Her cover photo was one of the last to future a model who was fully nude. Since then, Ana has made a career for herself on Instagram as a brand ambassador and fitness model.

How Ana Cheri Got Famous

She was born in Southern California on May 16th, 1986. She was the only girl in a house full of boys, and that gave Ana a tomboyish side. On her website’s personal biography page, she tells her fans that she used her skateboard as her primary mode of transportation before she learned how to drive. Even with her tomboyish attitude and love of football, Ana also loved fitness and makeup. Her exotic looks that stem from her Caucasian, Mexican, and Native American background helped to get noticed in the modeling world.

Ana Cheri began modeling professionally in the summer of 2008. She was photographed in shoots with photographers such as Anthony Cress and Andrea Haught. She also appeared in the Brokedown CLothing Co. Fashion Show in Newport Beach in the fall of 2008. She followed up those appearances with being the promotional model for No Limits Gym, and the Toyo Tire spokesmodel on a nationwide level.

In 2009, Ana Cheri did a variety of photo shoots. She shot for Addiction cosmetics in February 2009 and did the brochure for Toyo Tires in the summer of that year. Ana has also done commercials for Tirecrawler.com and Lipuipel. Her unique looks make her in high demand for cosmetic lines and fitness wear.

All during this time, Ana Cheri was building up engagement on her Instagram page. She posted her own modeling photos, as well fitness tips and tricks on the social media site. Her Instagram page went viral, and grew to over 8 million followers. This landed Ana a feature in Muscle and Fitness magazine, and eventually led to her being crowned Playmate of the Month for October 2015.

Since then, Ana has only increased in popularity. instead of doing commercials for Tirecrawler.com, she was now working with big brands such as Monster Energy and the Ultimate Arm Wrestling League. Ana also was able to obtain her current job as a full-time brand Ambassador for Shredz Supplements. True to her love of fitness, Ana now gives motivational talks all over the country related to building inner strength and promoting positive thinking. In her spare time, Ana runs her own gym in Santa Ana called Be More Athletics, and has an activewear brand that is marketed towards teenagers know as Want My Look.

Not much is know about the former Playmate’s dating life before she met her current husband. Ben Moreland is also a fitness guru. The pair has been married since 2006, which is almost 12 years. 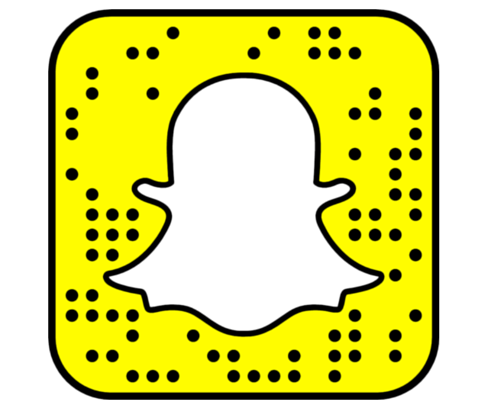 Ana Cheri’s snaps seem to come at a price. The adult model has a private Instagram and Snapchat that you can only gain access to by paying to become a member of the Cheri Army. Her website states that this will provide you with a way to look at her personal life, including live streams, messages, and Q&As. It promises “Access to tons of content that I can’t post publically online.” Take that as you will. Here is the link to join.

As is common for most celebrities, Ana Cheri does not have a public Facebook profile, opting instead for the official Facebook page with the checkmark. Over 5 million people follow her content, and you can join them by clicking here. Needless to say, she posts content that isn’t R rated enough to get on the Facebook censors radar, but just risque enough to keep her fans interested.


Ana Cheri has a Twitter account with just over 200,000 followers. It has not been verified. It has also not been updated since 2016, but if you’d like to follow the account, you can do so by clicking here. The old content is a bunch of photos from a few of her photo shoots, as well as a few promotions for giveaways that have long since ended.


Ana Cheri has multiple Instagram accounts. There is her main one for modeling, one called Cheri_fit, and one called Cheri_swim. Her Santa Ana gym, Be More Athletics, also has it’s own Insta account. On her checkmarked official account, Ana Cheri shares motivation quotes, as well as modeling shots and more than enough butt shots to satify any fan. you can follow her main page here.

While it does not seem that Ana has a Kik messenger name, you can access a similar personal service by paying for access to her Cheri Army fan club. The website claims that she responds to personal messages, and implies that you will also receive access to explicit content.

Ana’s official YouTube contains lots of fun content. She has just over 49,000 followers. She has posted a few travel vlogs, question and answer sessions, as well as other personal updates. There is a section labeled Healthy Habits where Ana showcases her healthy cooking skills. There’s also a lone fitness video under the heading Strong is Sexy. You can follow her by clicking here.