Bentley’s Corner Barkery Update – What Happened after The Profit 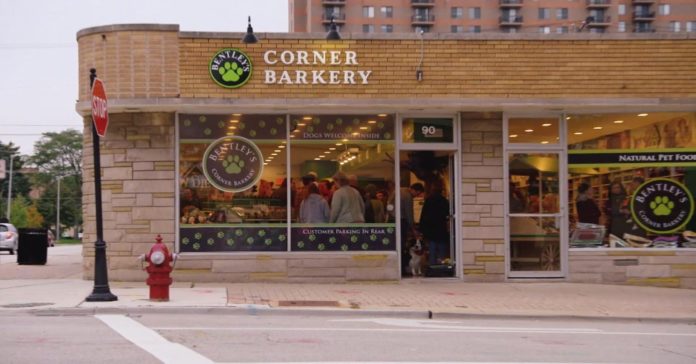 Bentley’s Corner Barkery Before The Profit

Started by Lisa Senafe, Bentley’s Corner Barkery is not what you might assume it to be considering the easily misread name. Instead of cakes or muffins, Bentley’s was founded to create healthy food and snacks – for pets. After having lost a pair of pets to immune disorders, Lisa set herself a mission to create healthier pet food options to give herself and other pet owners a chance at raising happier, healthier pets. Unfortunately, a mix of branding hassles and less than healthy growth sent Bentley’s from sitting pretty to rolling over. This is where Marcus Lemonis and The Profit step in.

Bentley’s Corner Barkery On The Profit

Dropping by the flagship in Chicago, Marcus meets some of the employees and their pets before meeting the owners. While liking the people, he finds the store is more than a bit cramped with products and poor lighting causing issues. What isn’t dark is the profit outlook for the business, as the flagship store does over a million in business a year, with plenty of products hitting the 50+% profit margin area. This can be improved though, as the average margin is around 35%. Marcus would like to see around 5% more revenue, and plans to incorporate more treats to manage that. When discussing prices on pet foods, the owners admit that their average bag of food is quite expensive at $70, stating cheaper brands don’t really meet their guidelines, and despite this turning away more budget oriented pet owners, they wanted to keep more specialized.

A huge issue Marcus finds is the lack of managerial oversight, as while Lisa is the marketing person and Giovanni is the numbers guy, no one really focused on sales outside managers and the stores having no unified front to present. It’s also revealed that the store has had a few mergers and acquisitions done- with little to no working capital to back them up. After meeting the owner’s child (who needs surgery for breathing issues), Marcus takes a look at the stock room and finds it a mess both on the logistical scale and in personal troubles. It turns out the owners had been keeping some of their private property hidden away in one corner as they have had to move between 7 places in short order (including selling their house), and Giovanni mentions he doesn’t want to do that to their son. It is incredibly clear that the owners are dedicated to both their brand and their employees, handing out bonuses while not getting paid themselves.

The next day, Marcus drops by another Illinois location which looks different but also has stock issues, and then the acquired location whose awning hasn’t even changed yet. The need to blend what is acquired into your new platform is critical, and they apparently didn’t get the memo about this being a priority. When talking to managers, it’s clear that there’s no real power structure above the general managers. When discussing things in private with Lisa, it’s discovered there’s a third partner that really isn’t involved, and that it really seems to be their want to grow rapidly that was their downfall.

After these quick tours, it’s time for financials. It first shows that there’s $2.3Million in revenue over the first 7 months of the financial year, but lost $12,000. When asked why they would expand when losing money, Giovanni states something disturbing; He’s not running the expansion based on current financial data, but rather the checking account and day to day cashflow. The investor ended up dropping them an additional $400,000 which is likely where the property money also came from, and the shared salary between the two is jotted down at below $70,000. In terms of private financial issues, the couple took loans out on their life insurance policies to pay for their son’s surgery, which Marcus notes is doing what they had to do, and is respectable. Marcus jokes that they have courage, perhaps too much, but he says he is proud of them and will come back tomorrow with a deal.

He then meets the owners in a high rise restaurant, alongside their investor, David. David is “as drunk” on the idea of property acquisition as the other owners are, and confident the business could earn a lot of money in the next 18 months, which is a surprise. In fact, callbacks have occurred about properties. Marcus shuts this idea down for now, as they need to work on the stores they have and the leadership they don’t. The offer is $1.7 million, $400,000 is for infrastructure and cash flow and $1.3million will go to the acquisition after Marcus has been convinced it’s a good idea. In exchange, Marcus gets 40% equity until the $1.3 Million is paid off, which then it drops to 25%. Lisa is concerned about product selection, to which Marcus states he won’t put anyone’s pet in jeopardy with bad food to make a buck. The deal is then made.

With a new deal comes a new day, and a staffwide meeting in the Glendale location. At the meeting, Giovanni is tapped to be in charge of operations who the managers can look up to, and a warehouse so that product can be stored and not cause clutter. Affordable foods are then mentioned, with some products needing to be cheaper and available to more customers, asking Lisa to make a list of things that need to choice factors. The teams then get to work, with Lisa and Marcus dropping by Pet Food Experts. Lisa presents the food mission statement while touring the facility, and they find that Nutro pet foods fit all of them, but Lisa is hesitant because some time ago there was a recall. Lisa then makes up more issues with multiple more affordable foods including past formulations of non-related products. Marcus calls her out on these things, stating even she herself wants to be quality, not brand loyal.

Later the store managers are brought together in a board meeting to give Giovanni a plan to set the company image. Giovanni flops pretty hard on this, not even having an agenda. The managers end up being against the acquisition, which is also a bad sign. Marcus schools Giovanni on the basics of logistics and meeting as well as leadership.

Design and processes are then streamlined and made consistent, with Arlington Heights being the model. Marcus uses this to test Gio’s ability to lead on his feet, which he seems to take to. Later, he takes the team out to do a bit of market research to adapt product needs. Marcus takes them to FreshPet manufacturing to show the owners that the big names aren’t bad, while the store is renovated. With these changes and better leadership, Bentley’s Corner Barkery can face the future without nearly as much fear of failure.

After The Profit, it seems that Bentley’s has been home to some tail wagging fun, both for dog owners and the dogs themselves. Having a flawless 5/5 stars on sites like Yelp and Facebook, it seems customers love the store selection and the community events held for local animals. Having been rebranded to Bentley’s Pet Stuff has also helped visibility, as have multiple awards for quality in pet care. Now partnered with Petstuffzoom.com, Bentley’s has been able to expand their customer base, and even expand into new store locations, from Colorado to South Carolina. As a final sweet note for this pet barkery turned boutique, Bentley’s has reportedly donated over 100 tons of food to local pet shelters since 2008, making them a huge help in terms of working to ensure more pets have the chance to get adopted.