Andy Murray Net Worth 2018 – How Wealthy is the Tennis Player Now? 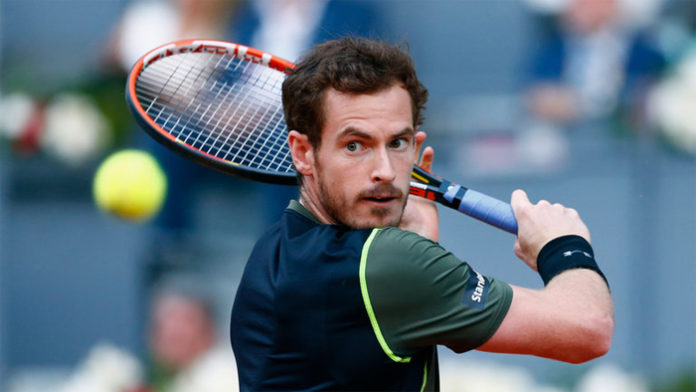 Originally from England, Andy Murray is currently the number one tennis player in men’s singles. Representing Great Britain, he has participated in several tournaments and competitions throughout his career, including the 2012 and 2016 Summer Olympics. The only individual to have won two Olympic medals in singles, he is also a three-time Grand Slam champion (among other titles).

Raised in Scotland, he first took up the sport at the age of three; by the time he was five, he was already competing in his first tournament. A naturally competitive person, Murray eventually turned professional at the age of eighteen- it was around that same time that he made his senior debut on the tennis court.

One of the most affluent tennis players in the world, Andy Murray currently has an estimated net worth of $100 million. How much does he earn per game? Did he make most of his fortune from the sport? What other ventures have he picked up over the years? Let’s take a stab at answering these questions by taking a more detailed look at his career.

How did Andy Murray Make His Money & Wealth? 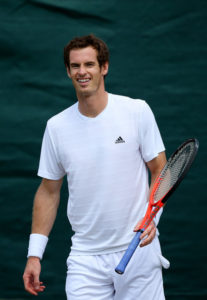 Born on May 15, 1987 in Glasgow, Scotland, Andy Murray first picked up racket at the tender age of three; he has an older brother named Jamie, who is also professional tennis player. When he was five years old, he participated in his first competitive tournament. A natural athlete, his skills on the court grew at a tremendous pace; by the time he was eight, he was already competing with adults triple that of his age.

Despite his talents for the sport, his knees have always given him trouble- as he was born with bipartite patella, a condition in which the kneecap fails to fuse in childhood; it wasn’t until he was in his teens that he received a proper diagnosis. Growing up, he went to school in the town of Dunblane. In 1996, both him and his brother were present during the Dunblane school massacre, the worst mass shooting that the UK has ever seen, during which a gunman killed 17 people, before shooting himself.

At the age of fifteen, Murray was invited to join the Rangers Football Club; instead of taking the offer however, he opted to focus on tennis. Later studying at the Schiller International School in Barcelona Spain, he practiced tirelessly on the courts alongside his coach, Pato Alvarez; but the opportunity to train with one of the best in the world did not come cheap, his stay reportedly costed his parents over $50,000.

After a successful junior career, Murray made his professional debut in 2005. That March, he became the youngest player to take part in the Davis Cup, an international men’s tournament event. From there, he went on to play in Wimbledon, Cincinnati, New York, Thailand, and Scotland. By the end of the year, the eighteen year old was ranked at number 64.

Later teaming up with coach Brad Gilbert, he played at the Australian Open in 2006, after which he he competed in the French and US Opens. During the subsequent Davis Cup, he lost the doubles matches, but came out as the victor for the men’s singles. Continuing on with his professional career, Murray eventually became one of only two individuals to have won against Roger Federer at the Cincinnati Masters. By April 2007, he had became one of the top 10 players in the world.

In 2008, he reached the finals for the first time at the US Open. Shortly afterwards, he represented Great Britain at the Beijing Olympics during which he unfortunately, suffered one of the greatest defeats of his career. Despite the loss, he eventually picked himself up to participate at the Masters Cup, where he later obtained his first Masters Title in London, UK.

Since then, his professional tennis career has only continued to flourish. Not only has he obtained more titles, but he’s also moved up to be number one in men’s singles. Now, it’s no secret that winners get to take home some prize money, but how much exactly has Murray received over the years? According to various sources, he won £10.8 million in 2016 alone- that’s well over $14 million USD!

As impressive as that may be however, it’s estimated that only a portion of his overall income comes from his victories on the tennis court. As a sports celeb, it’s only natural that he also has his fair share of endorsement deals (which obviously, is another main source of income for the star)- some of the brands that he’s collaborated with so far include Standard Life, Under Armour, and Head and Rado. How much has he netted from said sponsorships? Allegedly, they yielded him over $15 million in 2015!

As far as other endeavors go, Murray has also invested in several start-ups over the years.

Yes, the 30 year old has been married to his wife, Kim Sears (the daughter of tennis coach Nigel Sears) since 2015. Even prior to their marriage, she had been supporting her then-boyfriend on the sidelines for many years.

It’s unknown whether or not Andy Murray has dated anyone else in the past.

Does Andy Murray Have Any Children?

Yes, Murray has a daughter with his wife who was born on February 7, 2016.

Did Andy Murray Go to College?

Yes, he went to college. After graduating from Dunblane High School, he relocated to Barcelona, Spain, where he became a student at Schiller International School. An extremely expensive stay, it costed his parents £40,000. While he was there however, he had the chance to train with Emilio Sanchez, a former number one doubles player. 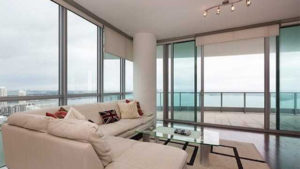 Located on the 45th floor of Jade Residences, it also boasts marble flooring, two walk-in closets, as well as a spacious terrace.

What Kind of Car Does Andy Murray Drive?

Among his car collection is an Aston Martin Vanquish, which is valued at over $300,000.

Currently ranked number one in men’s singles, Andy Murray has won the Grand Slam tournament three times, and the Olympic twice- not only that, but he’s also come out victorious at the Davis Cup and at the ATP World Tour Finals.

In 2012, he became the first British tennis player to defeat Novak Djokovic since 1977.

How Much Did Andy Murray Make Last Year?