Rafael Nadal Net Worth 2018 – How Wealthy is the Tennis Player Now? 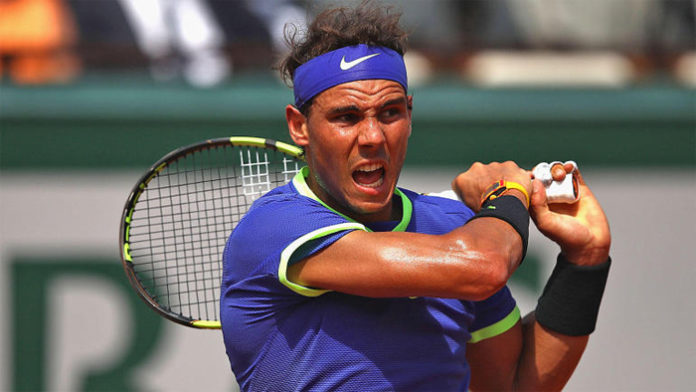 Hailed as one of the greatest clay-court players in the world, Rafael Nadal has won countless titles throughout his professional tennis career. Born and raised in Spain, he first took up the sport at the age of three; after many years of practice and hard work, he turned professional in 2001. To date, he is one of only two individuals, to have won all four major leagues and a gold medal at the Olympics.

Best known for his tenacity and topspin shots, the 31-year-old is currently ranked number two in men’s singles. Throughout the years, he has played at several tournaments including the US Open, Australian Open, French Open, and the Wimbledon Championships. Aside from his success in singles, he’s also won numerous double matches with partner, Marc Lopez.

Seeing as how he’s one of the top players in the sport, it’s only expected that he has a sizable fortune. According to sources, it is estimated that Rafael Nadal currently has a net worth of $160 million. How much of this amount was won as prize money? What are his other source of income? Let’s answer those questions by taking a more detailed look at his career.

How did Rafael Nadal Make His Money & Wealth? 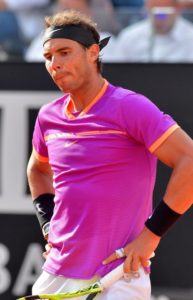 Born on June 3, 1986 in Manacor, Spain, Rafael Nadal was first introduced to the sport when he was three years old by his uncle, who happened to be a former professional tennis player. Naturally adept with a racket, it didn’t take long for him to master the basics; by the time he was eight, he had already won his first under 12 championship. From there, his uncle Toni eventually noticed that he had a habit of making forehand shots with both of his hands- believing that it could give him an advantage against his opponents, he later encouraged Nadal to play left-handed.

Aside from tennis, Nadal was also gifted in football; funny enough, he had another uncle who was a retired professional football player. Up until his early teens, he practiced and played both sports- it wasn’t until he was twelve years old that his father told him to choose between the two, as his school grades were beginning to decline. Faced with the ultimatum, the teen ultimately decided to continue with tennis. Consolidating his efforts, he eventually won European and Spanish titles in tennis later that year.

When he was fourteen years old, he was asked to continue his training in Barcelona by the Spanish Tennis Foundation. Not wanting his education to suffer because of the sport, his family chose not to carry out the request. Due to their decision for him to remain at home, Nadal did not receive much financial from the organization; instead, much of the training fees were paid by his parents. Continuing with his tennis career, he eventually participated in a clay-court exhibition match in May 2001, during which he successfully defeated former champion, Pat Cash.

After turning professional at 15, he took part in and eventually advanced to the semifinals in his first ITF junior event held at Wimbledon. Later that same year, he helped to beat the United States during the final round of the Junior Davis Cup, an international event for juniors. In 2003, Nadal became the youngest male tennis player to reach the third round at Wimbledon, after defeating Swiss player Roger Federer on the court. Continuing to impress the crowds, he later won the French Open at the age of nineteen, despite it being first time participating- a feat that hasn’t been accomplished for over 20 years at the time.

In 2005, Nadal received two breakthroughs- not only did he reach the fourth round at the Australian Open, but he also managed to advance to the finals of the Miami Masters Open. Following that, he won 24 single matches in a row during the spring clay court season, breaking Andre Agassi’s former record. From there, he came out victorious at the Torneo Conde de Godo, the Monte Carlo Masters, and the Rome Masters- these wins ultimately rocketed him to number five on the world rankings.

Having said all that, his victories did not come without injuries- throughout the 2000’s, Nadal had endured several foot and shoulder injuries. Still, he’d managed to add four more titles to his name by the end of 2006- which is nothing short of an impressive feat. After some more training, he won the French Open for a second time in 2008, after which he took home the champion title at Wimbledon upon defeating his long-time rival, Roger Federer.

Over the next few years, Nadal reigned as one of the top four players in men’s tennis along with Andy Murray, Novak Djokovic and Roger Federer. After a few losses, he climbed back up to number one after winning at the French Open, and at the Wimbledon Championships, where he won against Tomas Berdych in straight sets. At just twenty four years old, he had earned his second Wimbledon title (which also happened to be theeighth major title of his career).

Starting 2011 with a bang, he won the Mubadala World Tennis Championship held in Abu Dhabi. Despite his best efforts, he eventually lost against David Ferrer after suffering a hamstring injury. After recovering, he reached the finals at the Sony Ericsson Open, where he went head to head against Novak Djokovic- while he won the initial set however, the match ultimately went to Djokovic in the end. Still, reaching the finals was a feat in itself.

Since then, Nadal has amassed several other accomplishments- including a win against David Ferrer at the French Open in 2013. As of 2017, he has over 70 different career titles and is ranked number two in the world.

How much has he received in the form of prize money over the years? According to sources, he has earned over $85.9 million from his victories altogether, making him the third highest earning tennis player in the world (behind Novak Djokovic with $109 million and Roger Federer with $107 million).

Aside from what he’s made from playing (and winning), a large portion of his wealth stems from his ongoing endorsement deals. For instance, the star has been sponsored by the Korean carmaker, Kia Motors since 2006- throughout the years, he’s been featured in numerous campaigns for the brand. In 2015, it was announced that he had extended their contract for another 5 years.

Having said that, his number one biggest endorsement is with Nike- he reportedly signed a “$50 million over five years” contract with the company back in 2014. With the brand, he also has his own line of clothing which includes items such as tennis jackets, shorts, tops, hats, and t-shirts; ranging from $35 to $100+, the collection is available for purchase through Nike’s official online store. Over the years, Nadal has been spotted donning several Nike outfits including a polo shirt that was specifically designed and created for him.

Some of the other brands that he’s worked with in the past include Lanvin, Quely, Emporio Armani, and Armani Jeans. In 2010, he also contributed to the launch of a line of ultra-light wristwatches in collaboration with luxury watchmaker, Richard Mille. Dubbed the “Richard Mille RM027 Tourbillon”, the titanium-made watch priced at $525,000, was designed and tested on the tennis court by Nadal himself.

On television, the 31-year-old celeb has also been featured in dozens of TV programmings including Best of Five, Save: The Legend, Late Show with David Letterman, Roland Garros, Susana Gimenez, Just Call Me Martina, and Charlie Rose.

Seeing as how he’s not close to retiring anytime soon, it’s only expected that his net worth will continue to soar as he continues to snag more victories on the court.

While he isn’t married per se, he’s been in a long-term relationship with Maria Francisca Perello since 2010- she’s often seen rooting for Nadal on the sidelines at his games.

Does Rafael Nadal Have Any Children?

No, Rafael Nadal does not have any children that we know of.

Did Rafael Nadal Go to College?

No, from what we can tell, Nadal did not go to college- just keeping up with his school work during his teen years was a lot of work, considering all the time that he dedicated towards tennis practice.

In the spring of 2012, the superstar purchased a luxury villa for $2 million in his hometown in Spain. Boasting a spectacular view of the Caribbean sea, the property includes three bedrooms, three bathrooms, as well as a swimming pool in the back.

Despite his hectic schedule, he often flies home to take some much needed breaks. While he isn’t at the villa, it’s occupied by his family members.

What Kind of Car Does Rafael Nadal Drive?

Rafael Nadal owns a DBS sports car by Aston Martin, which is valued at $65,000.

How Much Did Rafael Nadal Make Last Year?


It’s estimated that he earned at least $30 million in 2016 ($10 million of which came from his endorsement deal with Nike).

Known as “The King of Clay”, Rafael Nadal has won numerous titles throughout his career- including 15 Grand Slam titles, 30 ATP World Tour Master titles, as well as an Olympic Gold Medal in men’s singles in 2008. After winning the 2017 French Open this year, he became the only male tennis player to have ever won a Grand Slam tournament ten times.

In 2007, Nadal helped to create the Fundacion Rafa Nadal, a foundation that provides aid for young children in Spain. Currently, his mother Ana Maria Parera serves as a chairman while his father serves as the vice-chairman.

On top of that, he’s also built a tennis academy in the city of Anantapur, India for underprivileged youth; he visited it for the first time in October 2010.

That same year, he participated in the “A Million Trees for the King” project in Thailand, in honor of the King during a visit to the country for the Thailand Open.

Perhaps one of the greatest highlights of 2017 for Nadal is the fact that he defeated Monte-Carlo Masters on the court. With the win, he not only beat the previous 49 clay court title record held by Guillermo Vila, but he also became the only male player to have won the same tournament ten times.