Baby Ariel Net Worth 2018 – How Rich is the Social Media Star Now? 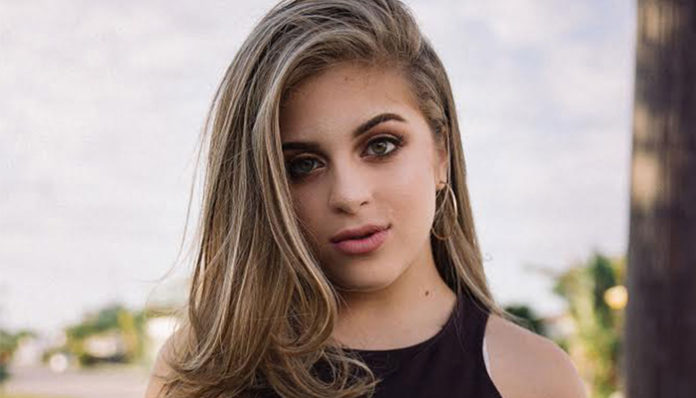 Hailing from Florida, Baby Ariel first made herself known on the lip syncing app, Musical.ly in 2015. Fifteen years old at the time, she began recording clips of herself “singing” various songs in her lilac-colored bedroom. To her surprise, her work quickly garnered the attention of thousands on the web- before she knew it, she had become one of the most popular users on the app.

Since then, the blonde has amassed an impressive following on several other platforms including Instagram, Facebook, Twitter, and Youtube. Not only that, but she’s moved on from lip syncing to recording her own original material- according to a recent interview, Baby Ariel will be branching into singing with two new songs, although their titles have not yet been released.

Considering how fast her popularity has been climbing over the past few years, it seems only natural that she would have earned herself a decent income from her endeavors on social media. Reportedly, Baby Ariel currently has an estimated net worth of $1.5 million. Let’s take a further look at her career and accomplishments so far. How did she go about becoming a millionaire by the age of sixteen?

How did Baby Ariel Make Her Money & Wealth? 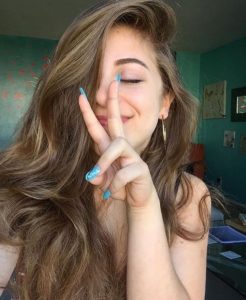 Born on November 22, 2000, in South Florida, Baby Ariel (Real Name: Ariel Martin) is of Panamanian, Cuban, Spanish, and Israeli descent- she has a younger brother named Jacob who’s also known on Musical.ly. Growing up, she loved going to parties, hanging out with friends, singing and dancing- just like any other fun-loving girl. Currently sixteen years old, she is a student at a local Florida high school.

Ultimately, it wasn’t until 2015 that she first came into the limelight. At the time, summer had just begun as school had just ended- after her neighborhood was hit by a vicious storm, her family’s apartment flooded and they had to move out. In the meantime, they moved to her grandparent’s house where she lived out of a small suitcase. Incredibly bored with nothing to do, she went on her phone and stumbled across a lip syncing video that one of her friends had shared on Instagram.

Getting on board with the new app- Musical.ly, she created herself an account and began recording a number of lip syncing videos which she later shared with her friends, as a means of passing the time. To her surprise however, other users began viewing and sharing her clips and before she knew it, her follower count was growing to the thousands, tens of thousands and then hundred of thousands.

As she continued to make videos, Musical.ly started to feature more and more of her content on the front page- with that, her following soon rocketed. Not long afterwards, Baby Ariel surpassed the one million follower mark- a milestone for anyone on social media. From there, it just continued to soar; as of 2016, the teen had over 6.8 million fans on the lip syncing app, making her one of the top users in the community.

As it happened, Baby Ariel had become an online celebrity with millions of fans across the world. Still, it wasn’t until she noticed a girl taking a photo of her at a local Wal-Mart that she first realized the gravity of her newfound fame. Sure enough, the picture was later posted onto Instagram, where it eventually went viral. A social media star with her own dedicated fan base, it wasn’t long before she started befriending and collaborating with other young celebrities.

In addition to her success on Musical.ly, the Florida teen has since also carved an identity for herself on Youtube. Within two years time, her channel has amassed over 2.2 million subscribers and more than 136 million video views. Not only does she vlog about her every day life, but she also posts Q&As, as well as tutorials onto her page. As of July 2017, her number one most popular video, Musical.ly Tutorial has been viewed over 11.2 million times. Some of her other top uploads include Reacting to my Private Musical.ly’s, Musical.ly Tutorial Part #2 Making Duets, Teaching My Mom How to Make a Musical.ly, and BabyAriel’s First Musical.ly Post.

As you’re probably already aware, Youtubers- especially those with millions of subscribers such as Baby Ariel herself, are able to make a considerable amount of money on the site by displaying ads on their videos. After joining Google’s Partnership Program, users are paid a few dollars per 1,000 monetized views (the exact amount depends on various factors such as audience, reach, location, content). While this may sound like a minuscule amount, it can easily add up if you have enough video views.

Seeing as how the teen currently has over 136 million views, she would have earned at least $54,000 from her videos alone, so far. At the rate her channel is growing, it’s almost guaranteed that this numerical figure will continue to go up. According to Socialblade, her subscriber count had jumped from 413K to close to 2 million in just two years, from 2016 to 2017. Currently, her account receives 100K to 200K video views on a daily basis- within the last seven months, her channel had garnered over 35 million views.

On Instagram, the 16-year-old is also mighty successful with more than 7.1 million fans. An influencer with a wide audience, it’s more than likely that she’s been approached by companies for various advertisement opportunities. With the recent social media boom, it’s not uncommon for high profile celebrities to be paid in the thousands for a single endorsement campaign.

On top of what she has pulled in from her online endeavors, Baby Ariel also has several things going for her- that are not social media-related. For instance, she’s given numerous public performances at various cities across the country in the past- obviously, she’d receive a hefty amount for each event. Just last winter, she went on a tour where she hit 16 different venues in the US.

For fans who’d like to buy some memorabilia, the singer has also set up an online shop via her website, where individuals are able to purchase items such as t-shirts, iphone cases, hoodies, backpacks, and beanies- she even has a few lipsticks for girls to choose from.

To sum it all up, it’s clear that Baby Ariel had earned most of her wealth through her social media accounts (e.g. Musical.ly, Youtube, and Instagram). Aside from what she makes online, she presumably also yields a considerable amount from her offline endeavors such as her various public performances. Seeing as how she’s still in her mid teens, if anything- her career has only just started; it’s obvious that her success will continue to grow in the years to come.

No, the 16-year-old Youtube star is not married. In fact, she recently broke up with her boyfriend of eight months, Blake Gray- a fellow Musical.ly star this July. Seeing as how the two were just celebrating their five month anniversary together a little while ago however, this news came as a bit of a surprise for fans. On social media, Gray was the first to reveal the news- tweeting that they had “decided to take a break from each other for now”.

Previously, she dated fellow online celebrity Zach Clayton, who is known for his work on the live-broadcasting app, YouNow. After a few months together, it’s said that the pair had cut things off over the summer of 2016.

Does Baby Ariel Have Any Children?

No, Baby Ariel does not have any children that we know of.

Did Baby Ariel Go to College?

At sixteen years old, the teen is still in high school. As far as future plans go after graduation, it’s unknown whether or not she will be pursuing further education at college.

What is Baby Ariel’s Real Name?

Everyone knows the star as Baby Ariel, but what is her real name? Her birth name is Ariel Martin.

Where Does Baby Ariel Live? Pictures of Baby Ariel’s House

Seeing as how she’s still a minor, it’s not surprising to know that she still resides with her parents (and younger brother) in South Florida. Aside from that, not much is known about her home as she’s never disclosed any further details.

Unfortunately, we do not have any images of Baby Ariel’s house to share at this time.

What Kind of Car Does Baby Ariel Drive?

At the beginning of her Musical.ly career in 2015, Baby Ariel was subject to a fair amount of online bullying. Despite the tremendous love and support that she received from her friends and family, she revealed that there were in fact, individuals “who were mean to her for no apparent reason”. Ultimately, it was this experience that prompted her to create what later became known as the #ArielMovement.

An anti-bullying campaign, it offered kids a place where they can be themselves with no judgement or negativity. According to the star, everyone is special in their own way, and no one should be picked on for simply being themselves.

How Much Did Baby Ariel Earn Last Year?

Information on Baby Ariel’s 2016 income is unavailable at this time.

Since she first signed up for Musical.ly out of boredom, Baby Ariel has become one of the most popular social media stars out there with over 20 million fans on Musical.ly, 2.2 million subscribers on Youtube, 7.1 followers on Instagram, and 680K followers on Twitter.

This June, it was announced that Baby Ariel will be dropping her own original music- in fact, she’s already recorded two songs! Although she hasn’t revealed the titles of the two tracks, she has confirmed that one will revolve around relationships while the other will be about social media in a way.

How many songs will she end up releasing? And when? It looks like we’ll just have to patiently wait and find out.