Crawford Collins Net Worth 2018 – How Much Does He Really Make? 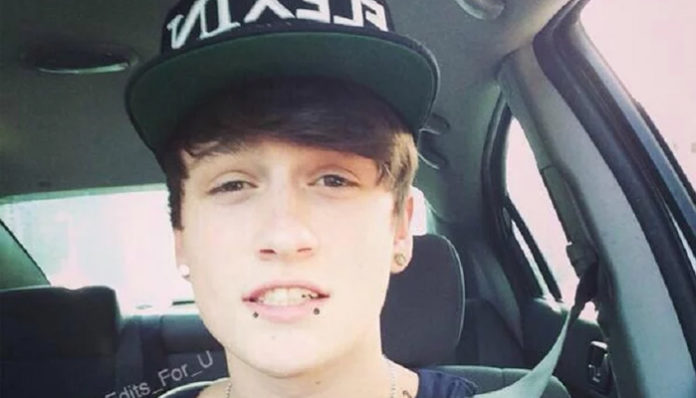 A natural entertainer, Crawford Collins first gained fame on the video-sharing app, Vine in 2014. Growing up in Western Canada, he original dream as a child was to become a professional hockey player- who knew that one day he’d become an internet celebrity with millions of followers around the world?

The younger brother of Christian Collins- a Youtube star, Crawford got into social media in his teens, as most people do at that age. Shortly after joining Vine, he began to post a series of six-second clips onto his page; with a little luck, his content soon went viral, which led his follower count to explode. By the time the app closed, the teen had over 1.6 million followers on his channel.

Since then, he’s also made a name for himself on other platforms including Instagram, Twitter, Facebook, and Youtube. As of July 2017, Crawford has over 4 million followers combined on the web. With his level of fame, how much has he managed to make from his online endeavors? According to various sites, the 20-year-old currently has a net worth of $100,000. Let’s take a look at what he’s managed to achieve over the years, shall we?

How did Crawford Collins Make His Money & Wealth? 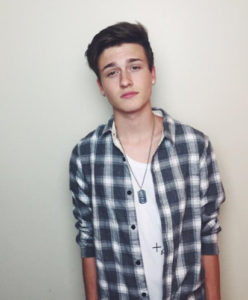 Born on April 15, 1997 in Canada, Crawford Collins was raised alongside his three siblings- younger sister Karisma, older sister Kirsten, and older brother Christian, in Calgary; together, they were home schooled by their parents. Ever since he was a child, Crawford loved to play hockey- in fact, his original dream was to one day become a professional hockey player (alas that was not to be). In late 2013, Crawford’s brother got into Vine- a natural on the app, he soon reached one million followers in just two months.

Inspired by his success, Crawford eventually created his own Vine account in early 2014. That February, he uploaded his first six second clip, How I Feel When My Phone Dies. Funny and relatable, his video quickly went viral on the web, receiving dozens upon dozens of shares on the site- of course, him being the younger brother of established Vine star, Christian also helped too.

Coupled with his good looks, the teen had absolutely no difficulty getting followers- in fact, he already has over 750K in just five months! Known for his pop culture references and spontaneous humor, his following quickly grew over the next few months. As it did, he eventually had the opportunity to work with several other Vine stars including Brent Rivera, and Jake Foushee; naturally, he also collaborated with his siblings on multiple occasions. Often referred to as “The Fantastic Four”, their collaborations only attracted further attention.

By the time Vine shut its doors in January 2017, Crawford had posted well over 500 video clips and had more than 1.6 million followers on the app- sure, he had less than his brother, but still an impressive amount nonetheless. Following the end of that chapter, he shifted his focus to his other social media accounts- mainly his Instagram, Twitter and Youtube.

As of July 2017, the Canadian star has over 1.4 million fans on the photo/video sharing app. Obviously popular, his posts easily receives anywhere from 30K to 50K+ likes each. If the business email listed on his Instagram profile is of any indication, we’d say that Crawford- being a social media influencer and all, receives his fair share of advertisement opportunities with companies. Did you know that a single brand campaign, in some cases, can earn a celebrity upwards of five digits?

Aside from Vine and Instagram, Crawford has also found success on Youtube, where he currently has a little over 322K subscribers. Since he first created his channel a few years ago, he’s received close to 5 million views across of his videos. To date, his most popular upload remains to be that of Which of My Sibling Knows Me Best, which has since garnered more than 604,000 hits on the site. Some of his other popular videos include Theme Song Challenge w/Weekly Chris, Girlfriend Tag, Egg Roulette Challenge, and Sibling Tag.

Assuming that he’s paid a minimum of $2/1000 monetized views as a Google partner, he would have earned at $3900 from monetizing the videos that he has on his channel.

In addition to making videos, Crawford has also proved himself to be a talented singer, with all the covers and remixes that he’s shared online. In February 2016, he uploaded a rendition of Shawn Mendes’ Stitches on to Soundcloud; a bit hit, it has since been streamed over 391K times on the site. Later that same month, he posted a remix of Damn Daniel– a song with over 327K plays as of July 2017. In March 2016, Crawford uploaded yet another remix of Zayn’s Pillowtalk onto Soundcloud.

On top of his online ventures, he’s also pulled in a considerable amount from making public appearances. In fact just last year, Crawford hit up dozens of cities across the country from San Diego, California, to Porland, Oregon.

Summing it all up, it’s obvious that the 20-year-old star earned most of his wealth through his success on social media, more specifically from Vine, Instagram, and Youtube. Having said that, his overall income is most likely supplemented by what he makes from attending various public events.

No, the Canadian star is not married- having said that, he does have a significant other. As of 2017, Crawford is dating fellow social media personality, Emily Tosta.

It’s unknown whether or not he’s dated anyone else in the past.

Does Crawford Collins Have Any Children?

No, Crawford Collins does not have any children that we know of.

Did Crawford Collins go to College?

From what we can tell, Crawford Collins has not attended college.

The last that we’ve heard, the 20-year-old was living with his older brother, Christian. Unfortunately, we do not have any further information nor do we have any pictures of their house to share at this time.

What Kind of Car Does Crawford Collins Drive?

From what we can gather, Crawford Collin currently drives a black BMW.

How Much Did Crawford Collins Make Last Year?

Information on Crawford Collins’ 2016 income is unavailable at this time.

In the three years that he’s been involved with social media, Crawford Collins has become an online idol with millions of followers all around the world. Currently, he has over 1.2 million followers on Twitter, more than 1.4 million fans on Instagram and over 322K followers on Youtube.

Last month, it was announced that Awesomeness- a digital media outfit, had signed Crawford onto its creator network, alongside his three siblings.