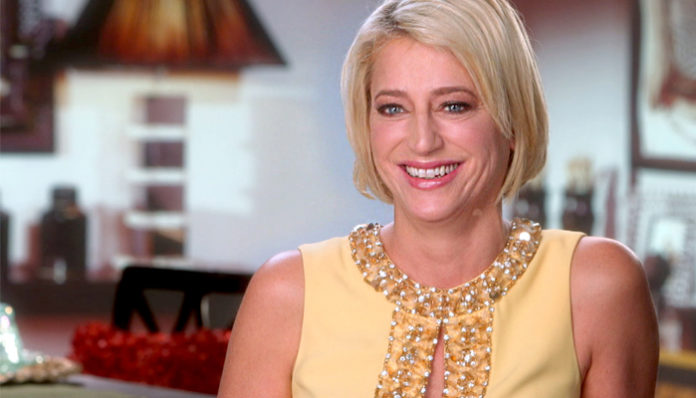 American socialite Dorinda Medley came to the public’s attention after being cast in the hit reality show, The Real Housewives of New York City. Originally from Massachusetts, she moved to New York after graduating from college where she worked for several years at Liz Clairborne- from there, she married and moved to London with her husband. An entrepreneur at heart, she later started her own cashmere company through which she’s worked with several high-profile clients including Joan Collins and Princess Diana.

In 2015, it was announced that Medley would be joining the main cast of Bravo’s popular reality series, The Real Housewives of New York City. Since she first debuted in season seven, she’s remained on the show for two years. Having since found her place in the show, her popularity has increased significantly over the past little while.

How wealthy is the reality star? You may be surprised actually- according to various sources Dorinda Medley currently has an estimated net worth of $20 million. Where did she earn this fortune from? How much is she paid for being on the Bravo series? Let’s take a look.

How did Dorinda Medley Make Her Money & Wealth? 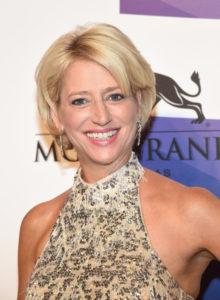 Born on December 13, 1964 in Massachusets, Dorinda Medley spent her youth in The Berkshires with her family. Like many celebrities, not much has been revealed about her early life- having said that, we do know that she went to college after completing high school in the early 1980’s. Wanting a change of scenery, she relocated to New York City shortly after obtaining her bachelor’s degree, where she worked in the showrooms of Liz Clairborne. Ultimately, it was in New York where she met her first husband (whose identity has not been revealed).

After getting married, the two eventually decided to move and settle down in London; shortly afterwards, Medley gave birth to their daughter, Hannah. However, motherhood didn’t slow her down- she soon started her own cashmere company called DCL Cashmere through which she befriended several high-profile clients including Joan Collins and Princess Diana. For many years, she enjoyed both raising her daughter and looking after her business. Although we’re unclear what the cause was, Medley and her husband later divorced after ten years of marriage.

A single mom with custody of her daughter, Medley subsequently returned to New York after selling her cashmere company, where she sought to figure out her life. With a little bit of luck, she met her second husband, Dr. Richard Medley in 2005, who was a former Washington power broker; they were said to have married at an intimate dinner party later that same year. All seemed well until tragedy struck in 2011, when he suddenly passed away. Although coping was initially difficult, Medley and her daughter eventually found strength in each other to overcome the tragic loss.

Supported by her close friends, Medley soon climbed her way back up in society. After a period of mourning, she eventually met her current boyfriend, John Mahdessian. As it happened, the way they met was quite unusual- after Richard’s death, he ran into John, a man whom she’d known previously from a small club that she and Richard often frequented in the years prior. As the two got together to lament his passing, their friendship, with time, began to develop into something closer.

In 2015, Medley came into the spotlight after landing a spot in the popular Bravo reality series, The Real Housewives of New York City. The second installment of the network’s popular franchise, it focused on the lives of several “housewives” living in New York City. Originally premiered in 2008, the original line up consisted of Ramona Singer, Luann D’Agostino, Alex McCord, Bill Zarin, and Bethenny Frankel; it wasn’t until season seven that Dedley joined as a regular cast member (although she did appear as a guest back in season four).

Making her debut in April 2015, several aspects of her life are chronicled in season seven including her relationship with boyfriend John, and daughter Hannah. The first episode (in which Medley also made her first appearance as a main cast member), ended up garnering over 1.56 million viewers in the United States. Despite the decline in viewership in the subsequent episodes, the show played a significant role in propelling the blonde to reality TV stardom.

Following the end of the seventh season in September 2015, Medley returned for the eighth, which premiered in April 2016; most of the previous cast also came back including Ramona Singer, Luann D’Agostino, Bethenny Frankel, Sonja Morgan, and Carole Radzwill. For the first time in two years, Bravo also invited a new housewife onto the show, Jules Wainstein.

Continuing where season seven left off, her relationship with boyfriend John became one of the show’s focuses once again. Considerably more successful than the previous season, season eight, it maintained a relatively high viewership during its 23-episode run. With its wide fan base, the Bravo series was eventually renewed for a ninth season, which premiered in the spring of 2017- naturally, Medley returned as one of the main housewives.

So the big question is, how much has the blonde earned from starring on the hit reality show? It’s no secret that many of the women on the series are wealthy and affluent, but how well off exactly is Medley? Unfortunately, her salary from The Real Housewives of New York City has never been disclosed to the public (which isn’t the case with some of her co-stars). Having said that, we know that it’s not unheard of for the network to pay its top stars upwards of $250,000 per season.

Seeing as how she’s still relatively new on the show compared to her counterparts, it’s likely that Medley’s paycheck per season is in the five digits. If we were to multiply that by three (as she’s been on the show for three seasons), we’d still end up with a pretty decent amount. Not only does she get paid for being in front of the camera, but she’d also earn money for various promotional appearances on TV.

Aside from what she’s managed to make from The Real Housewives franchise, it can probably be assumed that she’d also inherited some amount of money following the sudden death of her late husband, Richard. Considering how he was a hedge fund advisor, it’s likely that the inheritance was size-able- although of course, this is purely speculation.

Unsurprisingly, the reality star also has her own fair share of fans on social media- for instance, she currently has over 123K followers on Twitter and more than 328K fans on Instagram. With that kind of audience and reach, she’s probably able to rake in some extra cash from endorsement and sponsorship deals with various brands.

With the vast amount of experience that she’s had throughout her life, it’s no wonder that Dorinda Medley has a net worth of $20 million. Let’s sum it all up again- as mentioned above, it’s clear that she has several things going for her on the money front. Aside from what she has earned from the Bravo series, she presumably also received a fair share of money as part of her late husband’s inheritance.

No, the reality TV star is not married- though, she has been dating businessman John Mahdessian for many years. As mentioned earlier, the couple’s relationship were among one of the main focuses in The Real Housewives of New York City.

Previously, Medley was married to Dr. Richard Medley, a financier who also worked as a former speechwriter and power broker. The two had met in New York, after which they got married in 2005. After six years of marriage, he suddenly passed away in 2011. This May, she held a memorial in honor of him for the sixth anniversary of his passing.

Having been married twice, she was with her first husband, name unknown, for ten years, prior to that.

Does Dorinda Medley Have Any Children?

Yes, Dorinda Medley has a daughter with her first husband, Hannah Lynch- the two have been portrayed as being incredible close to one another.

Did Dorinda Medley Go to College?

Yes, she went to college in Massachusetts after graduating from high school- more specifically, she is an alumni of Franklin & Marshall College, from which she graduated from in 1986.

While she spends most of her time in New York, Dorinda Medley owns a decently sized country home in Massachusetts. Dubbed the “Bluestone Manor”, the home includes nine bedrooms and sits on 18 acres of land. Featuring 11,000 square feet of space, it also boasts a water fountain, a billiards room, as well as a modern kitchen.

Just recently, she gave viewers a tour of the property on The Real Housewives of New York City.

What Kind of Car Does Dorinda Medley Drive?

Information on Dorinda Medley’s vehicle is unavailable at this time.

Since she first made her television debut in 2015, Dorinda Medley has carved an identity for herself on reality TV (having appeared on RHOANY for well over two dozen episodes)- nowadays, she has over 328K fans on Instagram and more than 44K followers on Facebook.

How Much Did Dorinda Medley Earn Last Year?

Unfortunately, we do not have this information available at this time. Having said that, she would have earned a considerable amount from starring in season eight in 2016.

Dorinda Medley is currently starring in the ninth season of The Real Housewives of New York City, which premiered in April 2017- it will presumably continue until later this summer. Judging from the last few episodes, it would appear that she’s getting into another feud with co-star, Sonja Morgan.

In other news, she was spotted donning a cocktail dress alongside her beau John Mahdessian at a private boat party in New York earlier this July.