Baby Kaely Bella Net Worth 2018 – How Wealthy is the Rapper Now? 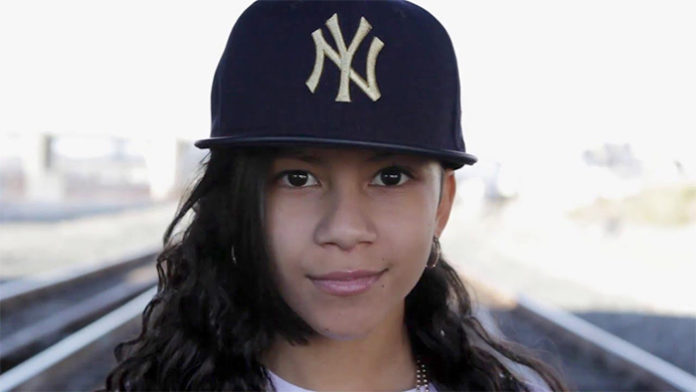 Baby Kaely first caught the public’s attention in the early 2010’s after collaborating with hip hop producer, will.i.am. Hailing from New Jersey, the young rapper has been singing and reciting lyrics ever since she was five years old. An incredibly talented artist, she has released a number of cover songs throughout the past years.

Talented well beyond her age, Baby Kaely recently dropped her first extended play titled, Outta Space in January 2017, which was fairly well received upon its release. In it, she shares with fans several original pieces including Put Ya Handz Up, Good Time, The Way, Believe in Ya Self, and Champion.

Since she launched her channel back in 2010, her popularity has been growing at a steady pace online. To date, the teen has amassed close to 1 million subscribers on Youtube online. At just twelve years old, it’s estimated that Baby Kaely has a net worth of $300,000! Where exactly did this money come from? How did she make this fortune? To find out, let’s take a deeper look at her music career.

How did Baby Kaely Make Her Money & Wealth? 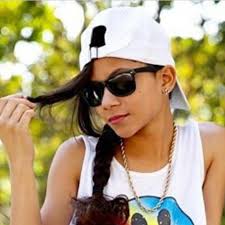 Born on February 22, 2005 in New Jersey, Baby Kaely grew up in the city of Newark with her parents and three siblings. Inherently talented, she began reciting song lyrics at the astonishing age of three after listening to them once on radio. While other kids her age were just beginning to speak full sentences, she was already singing songs. By the time she was five, it was apparent that she’s have a future ahead of herself in music. Growing up, it wasn’t uncommon for her to spend the entire day engrossed with music.

In 2010, her popularity as a young hip hop artist took a leap after she launched her own Youtube channel. From there, a number of videos were posted onto her page; some of her earliest uploads included 5 Year Old Dancing Hip Hop, 5 Year Old Rapping!!, 5 Year Old Baby Kaely Dancing, and Awesome 5 Year Old Rapping All About her Bubble Gum!!, the last of which has since garnered over 2.3 million views on the site.

Continuing to grow her presence on Youtube, Baby Kaely later posted a series of cover songs including those by Willow Smith, Justin Bieber, Rihanna and Selena Gomez. By 2011, her videos were receiving thousands upon thousands of views. Aside from her music videos, her channel also consisted of many vlogs, which detailed certain aspects of her life at the time. Within two year’s time, she had amassed over 26K fans on the video-sharing site- quite impressive for a seven year old.

From 2013 onwards, her subscriber count has been growing at a steady pace according to statistics provided by Socialblade. By early 2016, Baby Kaely had more than 585K fans on the site. Currently, the rapper receives anywhere from 100K to 200K+ views a day; since July 2015, her total view count has gone up tremendously. As of June 2017, she had well over 260 million views across all of her videos.

With that kind of audience, she presumably earns a significant amount through Youtube’s partnership program. In case you’re not familiar with it, users on the site are able to earn a small amount of revenue by displaying Google ads on their videos; although the exact number differs from Youtuber to Youtuber, typically the site pays upwards of $5 per 1,000 monetized views (40% to 60% are usually monetized). Given that Baby Kaely has over 285 million views, she would have earned upwards of $500,000 (obviously, Google would also take a cut).

On January 1, 2013, Baby Kaely was featured in will.i.am’s original song, Ghetto Ghetto, a track taken from his studio album titled, #Willpower. A relative success, the official audio  later uploaded on his Youtube VEVO page, has since been viewed close to 500,000 times. On Soundcloud, the title has also accumulated over 41K times. Not only did the collaboration receive many hits on the web, but it also garnered the young rapper much exposure. The track was later re-released that April as part of his deluxe album.

Two years later, the rapper made another guest appearance in What a Girl Is, one of the songs from Disney’s Liv and Maddie soundtrack. Also featuring Christina Grimmie, Supported by the popularity of the show, it proved to be a massive hit upon its release. Since its music video was first uploaded onto Grimmie’s Youtube Channel in February 2015, it has racked up more than 25.7 million views. To this day, it remains to be one of Baby Kaely’s most successful collaborations.

On January 6, 2017, she received a major milestone with the release of her debut album titled, Outta Space– which was originally announced in December 2016. Approximately 41 minutes in length, it boasted eleven original songs including Get Back, Real People, Put Ya Hands Up, Do That, Look Good, and Good Time. Met mostly with positive reviews, it currently holds a 4.4 star rating on the iTunes store.

Currently it is estimated that Baby Kaely has a net worth of $300,000. Drawing from what’s been said above, it’s probably fair to say that she earned most of this amount from her views on Youtube and the sales of her debut album.

How Old is Baby Kaely?

Born in February 2005, the New Jersey rapper is currently twelve years old; she has been rapping for most of her life, since she was five years old.

Where Does Baby Kaely Go to School?

It has never been revealed to the public where Baby Kaely goes to school. Seeing as how she’s nearing her teen years, she will be entering high school within the next little while.

Where Does Baby Kaely Live? Pictures of Baby Kaely’s House

A minor, Baby Kaely currently lives with her parents and siblings in her hometown of Newark, New Jersey. Details regarding their home have never been disclosed- for this reason, we do not have any pictures of Baby Kaely’s house to share with readers at this time.

What Kind of Car Does Baby Kaely Drive?

At twelve years old, the rapper is too young to drive again- check back with us a few years later.

Despite being only twelve, Baby Kaely has years of experience in the rap world, having started her music career at the tender age of five. Since then, her following has surpassed the one million mark- as of July 2017, she has close to 1 million fans on Youtube, 223K followers on Instagram, and 26.7K on Twitter.

As mentioned above, Baby Kaely recently dropped her debut album dubbed, Outta Space on January 6, 2017. Made available as a digital download via iTunes, it added eleven new tracks to the rapper’s music catalogue.