The Soup Market Update – What Happened After The Profit 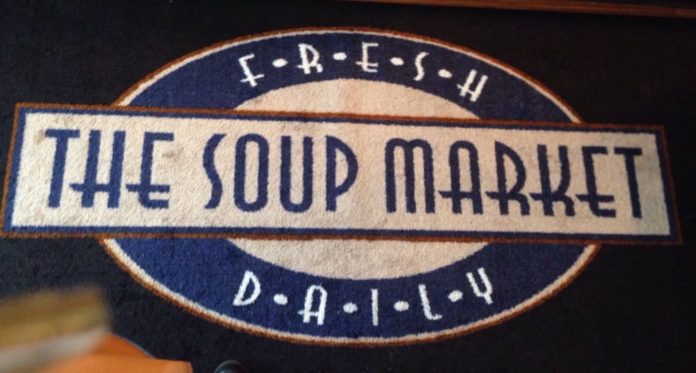 The Soup Market before The Profit

Founded in 2004, The Soup Market was created by Dave Jurena and Tim Talsky, first called the Soup Kitchen. Slowly over the next decade, the pair would open up 5 locations across the Milwaukee area before suddenly and unexpectedly, Tim passed away. After this, Dave was hesitant to open more locations or change his business model for any expansion, as Tim primarily handled the financial data. This would of course end up causing some economic issues for what should be an easily profitable business, and that is where Marcus Lemonis steps in.

The Soup Market on The Profit

At the start of the episode, the Soup Market honestly seems like a run of the mill, small time restaurant which didn’t give much thought to design or long term planning. Marcus is surprised not only at how heavy each of the soups are (especially with one that features pork cooked in bacon fat) but also at the lack of sales tracking data available, despite Dave offering 200 soup options throughout the year. Also mentioned early on was an individual named Grace, who seemed to be known by most of the staff, though they were reluctant to talk about her. Dave seems quite nervous when she is mentioned, and she seems to be a shadow manager more than Dave is an actual manager.

Organization in terms of business appears to be a problem, as most of the employees are shifting in terms of duties, aesthetic and of course, finances. What does appear to have some centralized controls are the soup recipes and bases themselves, when Marcus visits both the bakery and soup making locations. However, again Grace appears in name as she is apparently being “kept away” by Dave’s wife. This causes a confrontation between Marcus and Dave, where Dave refused to talk about her and then when pressed, removed his microphone and walked away. An hour later, Marcus is finally able to get in contact with Dave again, and Dave explains that Grace used to work with the Soup Market, but has been encouraged to look for work elsewhere (it’s assumed she’s already fired) and Marcus still keeps his suspicions, but looks instead to finances.

It’s clear when the paperwork is looked over that despite loose management and essentially no financial data tracking, The Soup Market is pretty profitable with over $1.8 Million in revenue, only $85,000 in debt and an additional $100,000 as a liability due to Tim’s estate. Marcus notes, however, that the profit margins should be up from 50% to around 70%. Suggestions to do this includes price management and the use of fresher, cheaper ingredients. It’s stated that these changes could generate over $330,000 for the company. As for the offer, Marcus offers $315,000 for 50% of ownership and complete control of the market.

The next day, Marcus comes in to announce that with his +$300,000 investment, he plans on sprucing the place up and adding sufficient tech to really make The Soup Market a profitable and franchise worthy concept. Also, Marcus mentions that creation of new, healthier soups is needed, which gave the workers a case of the giggles. Immediately after, Marcus takes Dave to a nutritional analysis lab to show how unhealthy his soups are. He, as expected, forgoes taking his most heavy soup options and stiffens at the idea of changing existing recipes. This is clearly a problem, as even the soup sample that Dave decided was okay to test came back with around 70% of one’s daily sodium intake in one serving. This sets him on the defensive, claiming he’d rather get rid of his recipes than change them and wants no part of the “healthcare” business, as he puts it.

Next up, Dean Lyden (a face familiar to long time viewers) drops by to lend a hand in design. Quickly, it’s made clear that plenty of changes, including removal of the electronic menus may be needed, which Dave is again a bit resistant to. This tires Marcus, and he decides to head to another location and work with Kevin, the Operations Manager. It is here that Grace shows up and walks past the counter. After a quick discussion, during which Grace is visibly nervous, it becomes clear that she still works with the company as their actual operations manager. It’s then revealed that the reason she’s been invisible up to this point is due to marriage issues between Dave and his wife, which has made some serious issues occur. No surprises here, his wife shows up after Grace as Marcus is walking out.

Marcus quickly heads to Dave with yet another confrontation, seeking to get answers for what is clear to everyone, is a sticky situation. It soon becomes clear that Grace had been around with Tim and had stayed on board after his death. She is recognized as a fine worker, but it appears Dave had feelings for her and told his wife, which explains a bit of the hovering to say the least, as well as the hiding. Marcus appreciates the honesty and takes Dave to a local pretzel company, produce market and supply store. It’s made clear that he could have well over $10,000 a year by making better purchasing decisions, as well as up the menu’s prices with higher quality, local breads. Afterwards, things begin to look up as Dave takes the healthy soup idea to heart, presenting Marcus with a healthy , Latin inspired soup.

Two weeks and $60,000 later, the soup market’s aesthetic is changed for the better, featuring a rustic “public market” look, as opposed to the cold cafeteria look. Pricing POS and Data are also added to better handle business management. After opening to the community, the customers seem very pleased, but Marcus sees Grace outside, not in with the staff, which makes him displeased. Grace then gets to confront Dave. Several weeks later, Grace is fired, with a full police escort. An EEOC claim was made against Dave, which makes for a big problem for the company. Marcus then returns to see the exterior of the store gutted, and the POS removed due to the extra work. This creates another huge confrontation. This makes Marcus finally back out, taking the $100,000 loss.

After the filming of The Profit, the Soup Market had some measure of success, getting ratings of between 3.5 and 4 stars by most people. However, shortly after the show aired, both the ratings and subsequent customer entries dropped, with the ratings at 1.5 stars and leveling out to 2 to 2.5 from 2016 to 2017. As a result of the show, there was a massive social media backlash, and the Facebook page for the Soup Market was turned private and then removed. In terms of private relations, it appears that Grace has left the state, instead deciding to settle down in California while her lawsuit is still being hashed out. For the restaurant itself? Well, the Soup Market is still where it was, with improved recipes but damaged public relations and only 5 locations still in operation. This goes to show that the person behind the company can just as easily overshadow and limit it as much as any other feature of the company itself, no matter how delicious the soup.