Laudya Cynthia Bella Net Worth 2018 – How Wealthy is She Now? 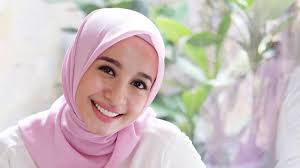 Indonesian star Laudya Cynthia Bella has starred in several films including Belenggu, Dibawah Lindungan, and Lentera Merah. Hailing from West Java, she worked briefly as a model before making her movie debut in Virgin (2004) at the age of sixteen. A splendid performance, it ultimately kick started her acting career.

One of the most popular artists in Indonesia, Bella is also one of the vocalists in the all-girl group, Bukan Bintang Bias. With everything that she has going for her in the show biz, how much has she managed to bank over the years? According to various sites, Laudya Cynthia Bella currently has an estimated net worth of $200,000.

How did Laudya Cynthia Bella Make Her Money & Wealth? 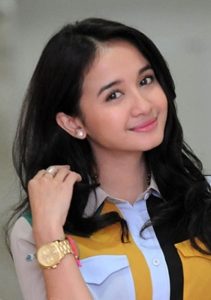 Born on February 24, 1988 in West Java, Indonesia, Laudya Cynthia Bella spent her childhood in the capital of Bandung. While still in school, she participated and came out as one of the finalists in a competition held by Kawanku Magazine- she was only fourteen years old at the time. From there, she took on a few jobs as a model, before appearing in a couple of music videos by artists Glenn Fredly and Jikustik. Some of the brands that she worked for included La Tulipe, IM3, XL, Sophie Paris, Garner, and Dulcolax.

In 2004, the young Indonesian star received a big break after landing a lead role in the drama film, Virgin. Directed by Academy Award-winning director Hanna Saputra, it starred the actress as Biyan, a sixteen year old who is determined to stay a virgin until marriage. A big hit upon its release, it garnered Bella much exposure and attention at the time; not only that, but her splendid performance in the film earned her a Festival Film Bandung Award for Best Female Leading Role and a MTV Indonesia Movie Award for Most Rising Star.

Two years later, she played one of the lead characters in the Indonesian horror film, Lentera Merah (2006). Despite its relatively low budget, it was viewed by over 300,000 individuals at the theatres. Starring alongside Dimas Beck, Firrina Sinatrya, and Teuku Wisnu, Bella portrayed the role of Rosa Priliyanti, a college student who applies for a job with the campus newspaper after an employee is found dead at the office.

Following that, the actress appeared in the movies Bukan Bintang Biasa (2007), Love (2008), Suka Ma Suka (2009), and Cowok Bikin Pusing (2011). Her next big role came later in 2011, when she was given the part of Zainab in the drama film, Di Bawah Lindungan Ka’bah. Nominated for Best Foreign Language Film at the 84th annual Academy Awards, it revolved around the relationship between two teenagers of different social class. Hailed for her portrayal, the movie garnered Bella a Guardians e-Awards for Best Leading Actress.

In 2012, she once again found herself playing the role of a protagonist in the horror film, Belenggu. Set in Jakarta, the movie premiered at the Bucheon International Fantastic Film Festival before being released in Indonesia in February 2013. Although reviews for the motion picture were generally mixed, with some criticizing its lack of creativity, it netted the actress an Indonesian Movie Award for Favourite Actress and two nominations for an Indonesian Movie Award and an Indonesian Film Festival Award.

Since then, she has played lead roles in Talak Tiga (2015), and Aisyah: Biarkan Kami Bersaudara (2016), both of which further boosted her profile in the show business.

Although most of her wealth may have come from film, Bella has also taken part in countless television productions over the years. After landing her first lead role in the soap opera, Senandung Masa Pubert (2003), she was cast in Cerita Si Angel (2004), Kisah Sedih di Hari Minggu (2005), Pacarku Superstar (2005), The Pakis (2005), and Jurangan Jenkl (2006), to name a few.

As far as television films go, Bella’s taken up close to a dozen different roles. Since she first appeared in Juranhan Jengkol in 2008, she has been cast in the titles, Kalau Jodoh Taken Lari (2009), Api Cinta (2011), Mohon Jaga Hatiku (2011), Cinta Lampau Bikin Galau (2013), and Mr. Gunung Chintaku (2014), among others, most of which feature her as a lead character.

Putting her singing talent to good use in front of the cameras, she’s also played the parts of Princess Dream in the musical drama, Pangeran Katak & Puteri Impian (2006), and Angel Heaven in Musical Lutung Kasarung (2012).

One of the most popular celebrities in Indonesia, Bella is also a social media influencer on Instagram with over 17.9 million followers on the photo/video sharing app. Depending on the post, she typically receives anywhere between 100K-500K+ likes. With that kind of audience and reach, it wouldn’t be surprising if she were to be inundated- on a regular basis, by various brands and companies for advertising opportunities. Social marketing is nothing to scoff at- certain stars can earn upwards of a few tens of thousands of dollars per campaign.

To sum up, it’s obvious that the 29-year-old actress has multiple things going for her on the money front. Not only does she bank a considerable amount from her film appearances, but her extensive involvement in television also yields her a pretty sum (e.g. TV series, variety shows, TV films, etc). Of course, we also can’t forget about her successful music career with BBB as well- it’s only natural that she’d be paid for her singing.

Currently it is estimated that Laudya Cynthia Bella has a net worth of $200,000. Will her assets continue to grow over time? If her success up until now is of any indication, it’s highly likely that her fortune will continue to go up in the near future (assuming that she carries on with her acting career and doesn’t quit the show business anytime soon).

No, the 29-year-old Indonesian star is not married- yet anyway. Just this January, she got engaged to her longtime boyfriend Afifuddin Suhaeli Kalla, the nephew of Vice President Jusuf Kalla, after he popped the question to her one night.

The two later held an engagement ceremony at her house, where she was spotted donning a beautiful pink kebab and veil. As of June 2017, the couple were putting together their wedding preparations.

Does Laudya Cynthia Bella Have Any Children?

No, Laudya Cynthia Bella does not have any children that we know of.

Considering how she started her acting career in her early teens, it’s unlikely that Bella’s had any time to pursue further education in college.

Unfortunately, not much is known about Bella’s home- other than the fact that she resides in Pejaten Barat, South Jakarta. We do not have any pictures of her house to share at this time.

What Kind of Car Does Laudya Cynthia Bella Drive?

We do not have any information regarding Laudya Cynthia Bella’s vehicle.

How Much Did Laudya Cynthia Bella Make Last Year?

Laudya Cynthia Bella as a Philanthropist

In 2014, the Indonesian star participated in a Common Cause charity event, where she helped to raise hundreds of dollars.

This February, she reprised her role as Arini in Surga Yang Tok Dirindukan 2 (2017)– the sequel of the original film that she starred in in 2015. Directed by Hanna Bramantyo, it also starred featured actors Fedi Nuril, Raline Shah, and Reza Ramadan. Aside from that, it doesn’t look like she has any active projects going on at the moment- of course, that is always subject to change.