Bretman Rock Net Worth 2018 – How Wealthy is the Makeup Artist Now? 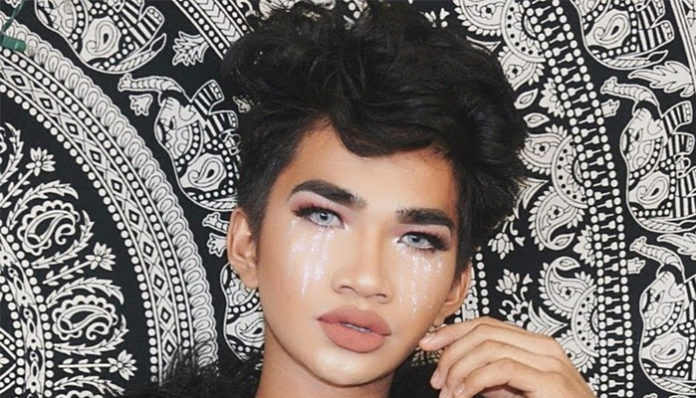 A fan of beauty and glam, Bretman Rock is best known for his flawless makeup videos on Youtube. Born in the Philippines and raised in Hawaii, he was inspired by the late Talia Joy to embrace himself, despite gender stereotypes. Known for his cutting humour and inherent talent, he has since amassed millions of fans all over the world.

On Youtube alone, the 18-year-old star has over 1.7 million subscribers. But his fame doesn’t stop there- he also has a healthy following on Instagram (8.5 million followers), Twitter (1 million followers) and Facebook (1.5 million likes). Since his debut, Bretman’s presence has only been climbing.

Today, there’s no doubt that he’s one of the most popular makeup artists on social media. One has to wonder however, how does the audience that he has translate to money? According to sources, Bretman Rock currently has an estimated net worth of $500,000. Where did this money come from? How many sources of income does the teen have? Let’s try to answer these questions by taking a more detailed look at his career so far.

How did Bretman Rock Make His Money & Wealth? 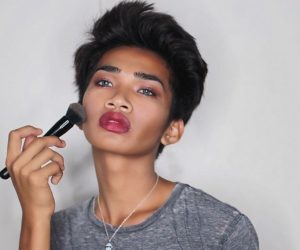 Born on July 31, 1998 in the Philippines, Bretman Rock moved to Hawaii with his mother and sister at the age of seven, following his parent’s divorce. Unfortunately, not much is known about his early life, as the topic of his childhood is rarely brought up. Having said that, we do know that he grew up in the presence of a lot of women- according to a recent interview.

In his teens, Bretman stumbled upon Youtube, where he eventually found the makeup videos of Youtubers, Talia Joy and Patrick Starrr. Inspired by their work, he eventually stepped out of the house with a full face. Despite the initial reservations that he had, his makeup ended up being extremely well received by his peers- in fact, his makeup was showered with many praises. Since the, he’s decided to share his beauty tips online through the same website that got him started, Youtube.

Since he first launched his Youtube channel back in 2012, Bretman has amassed close to 2 million subscribers with over 40 million lifetime views. Currently, his most popular upload, Full Face Pink Glam Tutorial has been viewed more than 3.8 million times. A few of his other top videos include Whisper Challenge (3.2 million views), Everyday School Makeup Tutorial (2.4 million views), How to Contour (2.3 million views) and Doing My Sister’s Makeup (2.4 million views).

Considering the above, it’s obvious that Youtube is one of the teen’s greatest sources of income. Given that he’s joined the site’s partnership program and that he displays ads on his videos, he’d earn upwards of $5 per 1,000 monetized views (of course, the exact amount differs from Youtuber to Youtuber). Seeing as how he has 40.3 million lifetime views, that’d translate to earnings of at least $30,000.

According to Socialblade, Bretman’s channel has been growing steadily since 2015. As of July 2017, his subscriber count goes up by a few hundred every day; from January 2016 to January 2017, his following has grown by over 700K. In terms of daily video views, that figure increases anywhere from 100K to 400K+ a day, on average.

Aside from Youtube, the make up artist has also found success on Instagram. Currently, he has over 8.5 million followers on the photo/video sharing app. A social media influencer with that kind of reach, he presumably receives a fair share of endorsement deals from brands through the platform. In fact, just recently, Bretman revealed that he was paid $5,000 for the posting of a single photo onto his account!

At one point in time, Bretman even had his own merchandise store online, which sold clothing and various make-up accessories. Unfortunately, it looks like it’s currently down for maintenance.

As far as other business ventures go, it was recently announced that he’ll be launching his own cosmetic collection with an established makeup brand- although details have not yet been revealed.

Now that we’ve explored some of his career, let’s go back to our original question- where did Bretman Rock earn most of his money from? Currently, it’s estimated that the 18-year-old has a net worth of $500,000- how did this fortune come about? Considering all that’s been said above, it would appear that he has two major sources of income- one, his Youtube account, and two, endorsement deals. Of course, he’d also bank some extra cash from his other endeavours such as his online merchandise store.

Assuming that his popularity will continue to grow over the next few years, it seems only natural that his overall assets, will also continue to climb. Who knows? He may even break into television or film someday, as many other social media stars have done in the past. For now though, let’s just enjoy his Youtube channel.

No, the Youtube star is not married. Openly gay (unfortunately, his preference has garnered him some degree of hate in the past), he is currently single from what we can tell.

It’s unclear whether or not Bretman has dated anyone in the past.

Does Bretman Rock Have Any Children?

No, Bretman Rock does not have any children that we know of.

Did Bretman Rock Go to College?

No, from what we can tell, Brentman has not gone to college.  Since he graduated from Campbell High School however, he has expressed an interest in studying fashion and textile merchandising.

The 18-year-old makeup artist currently resides in Hawaii with his family. Further details about his location have not been revealed to the public.

We do not have any pictures of Bretman Rock’s house to share at this time.

What Kind of Car Does Bretman Rock Drive?

At one point in time, the makeup guru was offered a free car by an unnamed company; he’s said to have declined the offer, according to a recent interview.

Earlier this year, he was also nominated for a Shorty Award for Breakout Youtuber.

How Much Did Bretman Rock Earn Last Year?

Information on Bretman Rock’s 2016 income is unavailable at this time.

From the looks of it, Bretman Rock is currently busy preparing for the launch of his upcoming cosmetic line.

Besides that, he has of course, been updating his Youtube channel with new content on a weekly basis.