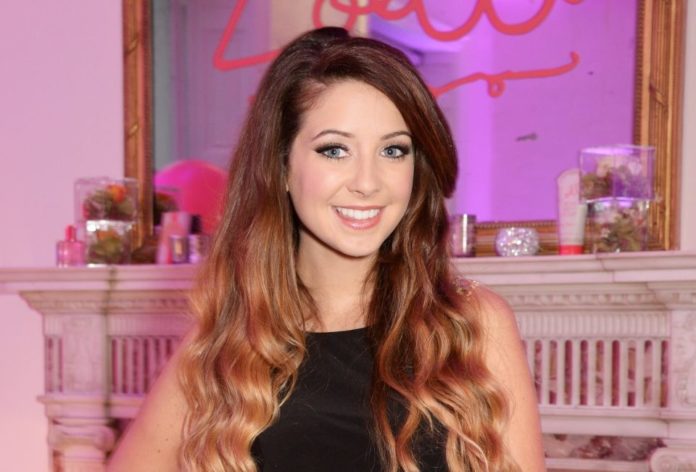 Zoe Sugg (aka Zoella) has gone from obscurity to the red carpet and it’s not hard to see why! In the age of new media, it’s the savviest of celebs who figure out how to use their talents to make it big, an area where Zoe has certainly excelled. From fashion to YouTube to publishing, this girl is on the move and the only direction she can go is up. So is the hype true? Are the rumours of her hidden wealth just hot air or is Zoe Sugg the real deal? Let’s take a look and see if we can’t figure out the secrets to her incredible digital success.

How Did Zoe Sugg Make Her Money & Wealth? 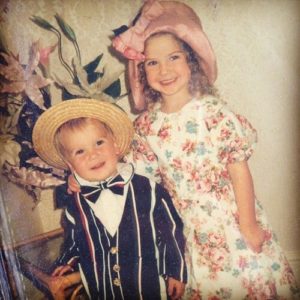 Born Zoe Elizabeth Sugg on March 28, 1990 in the quiet English village of Lacock in Wiltshire, she and her little brother Joe (born September 8, 1991 and also a YouTube and publishing celeb) enjoyed a happy childhood. Zoe attended The Corsham School and then went on to arts college, a special program in the United Kingdom designed to emphasise the performing, visual, and media arts. Clearly, she was a girl who knew what she wanted to do and that was to design. Following graduation in 2009, Zoe found work as an apprentice (a specialised intern in the UK) with an interior design company and spent her free time reading fashion and beauty blogs. In her own words, “I decided to join in on one very boring evening, and ‘Zoella’ was born.” In just under a year, Zoe’s blog had over 1,000 followers and to date has seen over 600 million views, leading to her expanding her brand onto YouTube later that year.

The Zoella channel concentrated on fashion, beauty makeovers, and features of Zoe’s favourite personal care products of the week. Fantastically popular, it led to a second channel, MoreZoella, featuring Zoe’s vlogs concentrating on her day-to-day life. Gaining serious traction and influence through social media, Zoe joined the prestigious Style Haul network (consisting of over 6,000 channels seeing approximately 2.2 billion views a month for a total net worth of nearly $125 million) and picked up agent representation with Gleam Futures. Her future was indeed gleaming. Crossovers and collaborations with other YouTube stars followed, as well as a two-book publishing deal with Penguin Books in 2014, resulting in the record-breaking Girl Online (2014) and immensely popular Girl Online: On Tour (2015) and the recent Girl Online: Going Solo (2016). Zoe’s star power shines through in music and television appearances and in late 2014, she launched her own brand of beauty products and has put out a unique range each year. Zoe Sugg is young, talented, and most of all, connected with her young audience; a powerful role-model for teen girls she’s a celeb who’s certainly not done shooting for the top. 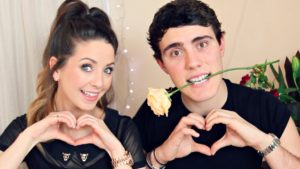 Zoe is not married. She began dating fellow YouTube star and sensation Alfie Deyes (of Pointless fame) in 2013 and the couple is still going strong. Known to their joint fans as ‘Zalfie’, rumours have been fast and furious over how serious the relationship is or if there’s a ring somewhere in their future. Both have repeatedly clarified to the media that they are not engaged but with the cute couple selfies (#relationshipgoals!) they’re fond of posting to Instagram and the new house they’ve just purchased, it’s no wonder there’s been such heavy speculation. We’ll be keeping an eye out for her hand with some bling, just in case!

Did Zoe go to college?

Zoe attended arts college, a specialised program in the UK focusing specifically on the performing, visual, and media arts. Introduced in 1997 as part of a government funded Specialist Programme, a public initiative to create dedicated educational tracts in the country’s schools. Any school could apply to the Specialist Schools Trust to become art colleges and receive additional government and private funding for promoting the arts within the community. Zoe’s secondary school (UK version of high school) was one such school to carry this designation.

Where does Zoe live? 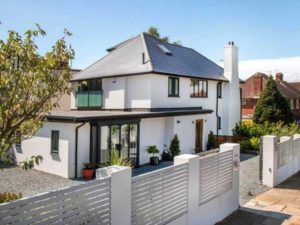 Zoe lives in Brighton, England. She and her boyfriend, Alife Deyes, have just swapped out their $1.3 million mansion for an even more luxurious pad and it really is a lifestyle of the rich and famous! In social media celeb fashion, the couple treated their combined 16 million followers to a complete virtual tour of the property, which includes an expansive back garden, massive open-plan kitchen with coffee bar, and two separate living quarters with log-burning fireplaces. Hip meets traditional, however, as their long-form dining room features a classical marble table and elegant pink velvet seats. Kitted out with all the electronic necessities of life (really, who can survive without their Nespresso?) and the interior design talents of the best, home really is where Zoe’s heart is!

Has Zoe won any awards?

Zoe is no stranger to the red carpet or the award acceptance speech. Named as one of “Britain’s most influential Tweeters” in 2013 by The Telegraph, she won Cosmopolitan‘s Best Established Beauty Blog in 2011 and their Best Beauty Blog award in 2012. She won Best British Blogger in both 2013 and 2014 during the BBC Radio 1 Teen Awards and in 2014, Zoe was named the UK’s Favourite Blogger at the Nickelodeon Kids’ Choice Awards. Zoe is a two-time winner at the Teen Choice Awards, taking Choice Webstar: Fashion/Beauty in both 2014 and 2015, and found herself crowned “Most Inspirational Woman of the Decade” in 2015 by Grazia magazine.

What causes does Zoe feel passionate about? 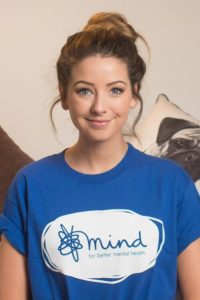 In 2013, Zoe was named a National Citizen Service ambassador, helping to promote their new personal and social development program for teens concentrating on community cohesiveness, social action, and skill building. In 2014, she became a digital ambassador for Mind, a UK mental health charity, reaching out to teens in an effort to destigmatise mental illness and empower those who may be affected. In fact, Zoe is all too familiar with the issues teens face, going public in 2015 about her anxiety issues and the fact that she was seeing a therapist. Being honest with her fans, Zoe praised keeping a strong self-image and said she was doing her best to keep negativity at bay.

What does Zoe do with her wealth?

It’s no secret Zoe’s just dropped a lot of British pounds (£) on her joint mansion in Brighton but what else does she do with all that dough? She drives a convertible Mini Cooper, which beats a second-hand Toyota any day but her main passion seems to be shopping. For someone who made their name as a beauty and fashion blogger/vlogger, it’s vital for Zoe to keep on top of every new product and line that hits the salesfloor. Makeup, accessories, clothing, shoes, and self-care products, she buys and tries them all, then reports it all on her channel. It’s not everyone who can say their shopping spree is actually earning them enough to pay the bills!

So what’s next for this young darling of YouTube? The sky doesn’t seem to be a limit! With nearly 10 million followers on Twitter, 11 million followers on Instagram, nearly 12 million subscribers on YouTube, and nearly 1 billion total views, Zoe Sugg is a woman with both a message and an audience. Her beauty line (available in shops) and custom clothing sets rapidly sell out from her website and there’s speculation she may have several more novels just waiting to hit the page. With her talents and branding ability, look for her net worth to skyrocket over the next several years as this ‘queen of teens’ hits the big time.