Cody Garbrandt Net Worth 2018 – How Rich is the MMA Fighter Worth Actually? 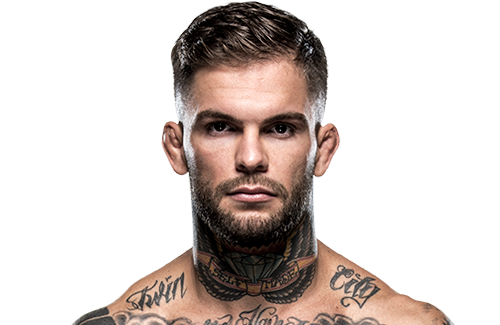 How did Cody Garbrandt Make His Money & Wealth?

In fall 2014, Cody Garbrandt signed with the Ultimate Fighting Championship. Garbrandt had been a successful amatuer boxer with a 31-1 record, but like many other fighters he did not make much money. After signing with the UFC, Garbrandt began to pull in big checks with every fight. His fights prior to his championship victory typically paid him around $60,000.

Cody Garbrandt pocketed $200,000 after his victory over Dominick Cruz at UFC 207.His Bantamweight championship title attracted fans, media attention, and sponsors. Although Garbrandt has not had another fight, his pockets are still being filled from his groundbreaking win.

How Did Cody Garbrandt Get Rich?

Cody Garbrandt was born in Uhrichsville, Ohio. As children, Garbrandt and three brothers and three sisters were taken care of by a single mother. After Garbrandt’s father was locked up when he was child for drug charges, he was subsequently adopted by his biological mother’s ex-husband.

Now 26, Cody Garbrandt began boxing with his uncle at the age of four. He claims to have wanted to be a fighter as long as he could remember. While Garbrandt was not a troublemaker or a bully, he often got into fights at school. Even after joining the high school wrestling team at age 15, Garbrandt still got into countless scuffles outside of the ring. Teachers and peers openly spoke ill of him, claiming he would never amount to anything by fighting.

Garbrandt’s first milestone came in 2007, when he won Ohio’s state high school wrestling championship. He also placed fifth at the state championship during his senior year, despite shifting his focus to boxing after his sophomore year. The wins attracted the attention of multiple Division II colleges. As an amateur MMA fighter, Cody Garbrandt’s built a record of 6-3.

Cody Garbrandt briefly attended Notre Dame college and Newberry college, but dropped out after only a few semesters. He was never the academic type, and felt that college held him back from his training. He amassed an impressive amateur record of 31-1 while working odd jobs to keep himself afloat.

Unfortunately, Garbrandt ran out of money a few years after dropping out. Rather than work as a coal miner like his other family members, he asked his mother for permission to abandon his the path his family had set out for him. She approved the request, only asking that he would give it his all. He promised to her that he would make it – and he made good on his promise after turning professional in 2012.

In May 2014, Cody Garbrandt moved from Ohio to California to train with Team Alpha Male. Just a short 6 months later, he was signed to the UFC. Garbrant fought against Marcus Brimage on his debut in January 2015, winning by TKO after three rounds. He won his second fight against Henry Briones in 2015 by unanimous decision. All of Garbrant’s fights up until his bantamweight championship were won by TKO many within one or two rounds.

Cody Garbrandt was crowned the UFC Bantamweight Champion after dethroning Dominick Cruz at UFC 207. Cruz only landed a few blows on Garbrandt, but was hit much more himself and knocked down twice. By the fourth round, Cruz was almost knocked out. Garbrandt was one of only two fighters to ever beat Cruz.

In January 2017, Garbrandt was chosen as a coach for The Ultimate Fighter 25. His rival coach was Team Alpha teammate T.J. Dillashaw. The two were scheduled to fight on at UFC 213 on July 8th, 2017.. The fight was cancelled in May after Garbrandt injured his back while training, requiring a month to recover.

Cody Garbrandt got his first tattoo at age 13, and is covered in tattoos head to toe. However, none of the tattoos bear negative messages. All of his tattoos are reminders to pursue his dreams and to never settle for anything less. The wings on his neck symbolize his desire to fly above the rest, and the diamond between them symbolizes his resolve to stay strong under pressure.

After his UFC 207 victory, Garbrandt tattooed “A Promise Kept” to symbolize a promise he made to cancer survivor Maddux Maple that he would make it in the UFC. He met Maddux through his brother in 2012. Garbrandt became an older brother to Maddux, and once funded his treatment with his winnings from a fight.

Cody Garbrandt is currently in a relationship with model and Instagram personality Danny Pimsanguan. He proposed to her on April 26th, 2017.