Cindy Kimberly Net Worth 2018 – How Wealthy is the Social Media Star Now? 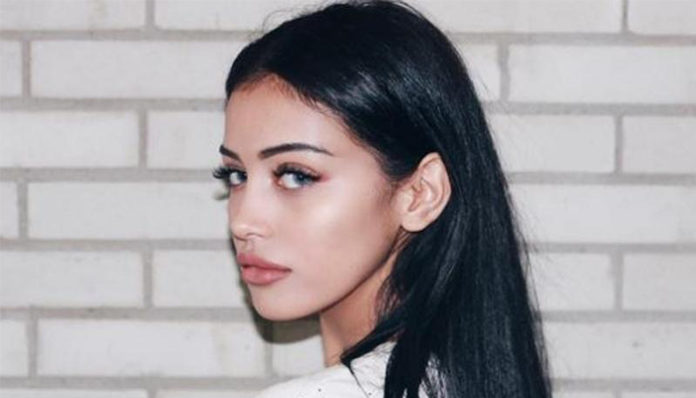 Cindy Kimberly became an overnight celebrity after pop singer Justin Bieber posted a photo of her on his social media. Hailing from the Netherlands, the feature not only gained her thousands of fans, but also a number of modelling offers. Since then, she has worked with several major labels including the online retailer, Very.

Known for posting images of herself on Instagram, she’s since garnered over 2.8 million followers on the photo/video-sharing app alone. On Facebook, Kimberly has also received more than 16K likes- all of which was achieved in just a year’s time. Aside from being a model, she’s also proved herself to be a talented and dedicated photographer.

Just recently, Kimberly made her catwalk debut during the Madrid Fashion Week in Spain. From a babysitter making £3 an hour to becoming a full-time model, she’s sure come a long way- and she only has one person to thank for that, her idol, Justin Bieber. How much has her net worth increased over the past little while? According to various sites, the 18-year-old’s assets are currently around the $200,000 mark. Let’s take a look at her career so far.

How did Cindy Kimberly Make Her Money & Wealth? 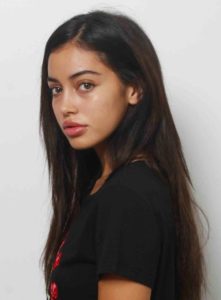 Born on November 16, 1998 in Amsterdam, Netherlands, Cindy Kimberly is of both Indonesian and Spanish descent from her mother and father respectively. Due to her multi-cultural upbringing, she is fluent in many languages including English, Spanish, and Indonesian. Unfortunately, not much is known about her early life, other than the fact that she’s always been interested in fine arts. As a teen, she’s a big fan of Dylan O’Brien, the actor who portrays Stiles in the TV series, Teen Wolf (her current Instagram username is “wolfiecindy”- which is an obvious reference to the show).

Before her rise to fame, Kimberly worked as a part time babysitter making £3 an hour (approximately $4 USD) while attending school near Benidorm, Spain. As it happened, she had gained the attention of millions overnight after pop star Justin Bieber posted an image of her onto his Instagram with the caption, “Omg who is this!”. Before long, his curious post had received millions of likes and hundreds of thousands of comments.

Shortly afterwards, the mystery was solved after the girl was identified to be 17-year-old Cindy Kimberly from Spain. According to her, the whole experience was “very emotional” as she’s been a big fan of his for over six years; it all just “seemed like a fairytale”. Although initially overwhelmed with the attention, she quickly became used to her new life. Before long, her Instagram account had gone from being relatively unknown to having over 668,000 followers.

Not only has the feature garnered her widespread attention, but it has also garnered her multiple job offersl. Often compared to Angelina Jolie and Irina Shayk, she has received calls from numerous agencies and companies regarding modelling opportunities since her rise to fame. Despite this however, she’s stated that she’s trying to “focus on [her] studies and the fashion commitments that [she’s] already made.”

As far as modelling gigs go, the brunette has since been involved with a number of modelling gigs, for a variety of well known labels. For her official debut, she had showed of her modelesque looks during a photo shoot with the British fashion retailer, Very. Since then, Kimberly has also been featured on the cover of Vanidad magazine. More recently, she was invited to take part in Milan Fashion Week in Spain.

On Instagram, the model has amassed over 2.8 million fans as of July 2017. Not only does she post images of herself, but she also uses her account as a platform to showcase her photography. Hugely popular with her own dedicated fanbase, her posts receive anywhere from 100K to 300K+ likes on average nowadays. According to statistics provided by Socialblade, Kimberly gains upwards of 6,000 new followers a day on the photo/video-sharing app.

Within a year’s time, from January 2016 to January 2017, her follower count has jumped from 650K to a whopping 2 million. A social media influencer with her audience and reach, it can be assumed that Kimberly makes a significant amount through various sponsorship and endorsement deals on the platform. In fact, it’s not unheard of for online celebrities such as herself to receive tens of thousands of dollars for a single brand campaign.

Currently it is estimated that Cindy Kimberly has a net worth of around $300,000. From what’s been discussed above, it’s clear that most of this came from her various modelling gigs over the past year. With all that she has going for her now, it wouldn’t be surprising for her overall assets to go up even further in next few years. For all we know, the brunette may even end up with a career on television sometime in the future (as many online stars have done before her).

No, the 18-year-old mode is not married. Having said that, she has been in a relationship with boyfriend Neels Visser since 2016- the couple have been spotted together in public on many occasions.

Does Cindy Kimberly Have Any Children?

No, she does not have any children that we know of. At one point however, there were rumours about her being pregnant, after she posted a photoshopped image of herself with a baby bump.

Did Cindy Kimberly Go to College?

From what we can tell, Cindy Kimberly is not enrolled in college although this has not been officially confirmed.

Cindy Kimberly currently resides at home in Denia, Spain- although further details have not been released to the public. At this time, we do not have any pictures of Cindy Kimberly’s house to share with readers.

What Kind of Car Does Cindy Kimberly Drive?

Initially a shy student, Cindy Kimberly has since made a name for herself as a popular model on social media. No longer is she making less than $5 an hour babysitting, but she’s going on catwalks and working with big name brands around the world. To date, she has amassed over 2.8 million followers on Instagram.