Precise Graphix Update 2018 – What Happened After The Profit 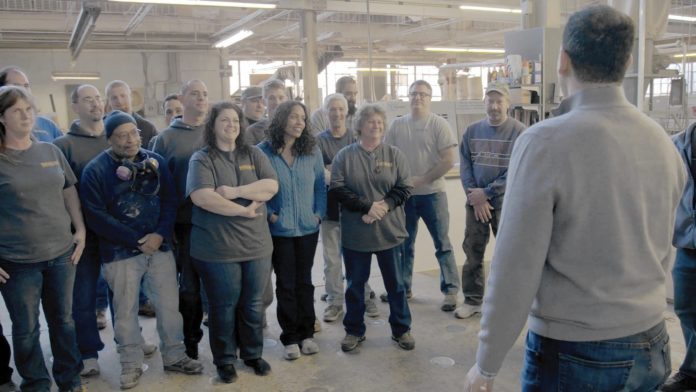 Precise Graphix Before The Profit

Before The Profit, Precise Graphix could have been said to been an intermediate company, with much more potential than even they recognized. Operating for nearly 12 years before the show aired, the company relied primarily on a very small number of clients to order their design, manufacturing and implementation services. While this did serve them well for some time, a sudden drop of a client that provided nearly two thirds of Precise Graphix’s business set them into financial trouble. And this is where Marcus steps in, finding the co-owners in Emmaus Pennsylvania .

Precise Graphix on The Profit

Marcus meets Keith and Dean, brothers and owners of Precise Graphix after a quick recap of how well the company has created quality retail spaces for their clients. After a quick discussion of finances, Marcus goes to find who is charge as the brothers are 50/50 partners, which would mean equally divided leaders. It shocks Marcus that for the company, Weiss Markets was the biggest clients, making $2 Million for the company who had $3.5 million in sales last year. 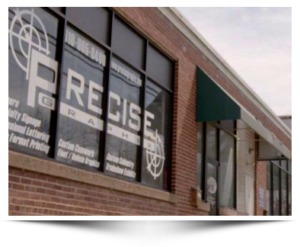 Next up was a tour of the 30,000 square foot facility, and is impressed in the design potential, and some of the equipment used to manufacture signs. Marcus brings up the idea of trade shows, which splits the brothers yet again, and presents the idea that with as much factory space and capacity as they have, not going there to gain more customers is intentionally stunting business. In reply, Dean states he fears losing the new customers due to mistakes when things get busy. Mistakes became a bit of a soft point, as it came out that occasionally spelling errors and the like do occur. In another private inspection, Marcus notices a lot of equipment was outdated and causing errors, which is something that needs to be fixed.

Talking with employees after the inspection, it’s clear that none of the employees know who is actually in charge. This is a major concern yet again, alongside the repair and upgrade issues. A laughable problem comes along when an employee presents a floppy disk, saying this is their primary means of doing business. Another key issue is organization. The employees seem dedicated, but the fact is organization is a problem, as is leadership, which is clearly harming the workers and profits.

Next up is the financials in detail. It’s shown the shop has around $650,000 in liquid assets, with $835,000 in total liabilities. All told, around $180,000 is turning the company in the red, which is not enough to bankrupt them, but certainly a problem. Marcus digs in on them about this financial issue, alongside how the warehouse and chain of command are a total mess and that much of the systems need an upgrade, fast. This causes a problem between the brothers as they don’t want conflict, but can’t agree on the issue of leadership.

The next day, Marcus returns. He states that both brothers are good at what they do, and the staff is excellent and that the business commitment is real. Marcus then asks what they think the business is worth, and they estimate nearly 10x the amount of $270,000 which is the actual figure. This clearly hurts them, but is concrete given the financial data and formula that Marcus uses for tangible net worth. He then presents to scenario that if they were to be bought out for $270,000 over what they have invested in, with an offer of potentially staying on board for $100,000 a year, would they do it. The brothers think on it, and say no, stating there is far more potential in the business. This pleases Marcus, and shows him they mean business. The deal then becomes $270,000 for a third of the company, and 100% in charge of all decision making. Before signing the deal, Marcus asks to see Tina, Keith’s wife and a major contributor to the company. Everyone comes to agreement that this is a good deal, and gives Tina the check. Finally, in order to deposit the check, Marcus challenges them to perform a job for his company, Camping World (though they don’t know it yet).

As to be expected, Marcus then calls a company wide meeting and supports the staff wholly. He then states that he will call the shots, and form department managers, made up of the two brothers, with defined roles. Dean will be the design manager, and Keith works the business side. He then opens the floor to share employee concerns, who clearly love their jobs but deeply want security in their work. Marcus claims that his responsibility is to make sure they have jobs, and ensure long term stability. Then, he takes the leadership team to a field trip to his own facility. Marcus expects to see Dean’s creativity and Keith’s leadership capabilities. The key task is to redo the store, to make it really pop and look like a camping store instead of a dead facility. Keith really shows some great ideas, but Dean is a little nervous about the 3 week deadline. However, he claims it’s possible with the $100,000 budget, and gets the team together and working in a hurry, including cleaning the factory.

Next up, the repairs to their equipment, as well as replacements with newer equipment all are thrown in within a week. Later, Keith shows Marcus some design boards and Marcus is clearly pleased, especially with the idea that detail is being kept in mind and things are running ahead of schedule. However, three days before installation, issues arise with design. When it’s opening day, the design at the surface looks great and Marcus was blown away. On closer inspection, though, there are unfinished issues, communication and management issues. What first appeared to be a gem turned out to be colored glass, and a major hit to Dean in terms of his performance. Next up, Marcus involves himself directly with the design process and gives them another challenge, another one of Marcus’s properties, this time an auto business.

Despite some personal issues, Dean really comes through for Marcus on the Auto contract. The business, under Keith is really flowering well, and the presentation really shows after installation. The team travel from their location to Ocala, Florida where it comes to light that if not done correctly, Dean will be replaced in terms of leadership. The immediate reaction by Marcus makes it clear that it was a job done amazingly well, and almost sends him into tears by how impressive it is. This final test seals the deal, and shows Marcus that Precise Graphix can be not only successful, but easily a $50 Million company. This level of professionalism and performance would land Precise Graphix a lot of business in the future, as we will soon see.

Precise Graphix Now in 2018 – The After ‘The Profit’ Update

After the company’s appearance on The Profit, things have certainly seemed to be on the upswing for Precise Graphix. While before they had a small number of repeat customers (including the one whose dip in business cost them dearly) now they have a wider client base around the nation. This includes such national big names as Safeway, Wal-Mart, and the American Heritage Credit Union. Also included, of course, are Marcus’s Camping World and AutoMatch companies and a few clients recommended to them from other The Profit episodes. While their website offers few reviews and testimonials, the uptick in contracts and traffic would indicate they are continuing to do a job well done, and have been honored as Business of the Year finalist within their home of Lehigh Valley.