Dove Cameron Net Worth 2018 – How Wealthy is the Actress Now? 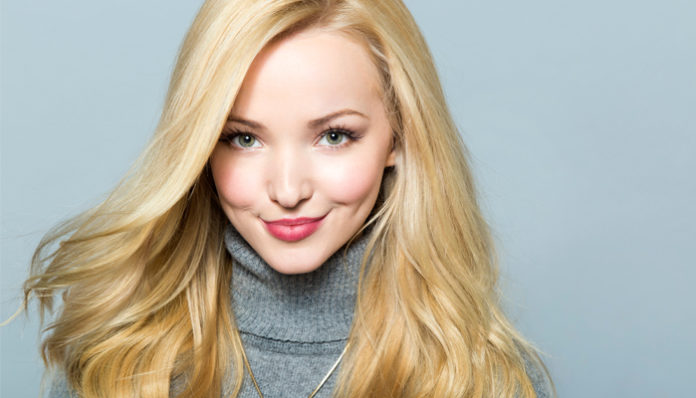 American actress Dove Cameron first gained widespread attention after starring in the Disney sitcom, Liv and Maddie. From Seattle, Washington, she initially got involved with acting at a local community theater when she was eight years old. Despite the early start, it wasn’t until she was well into her teens that she made her official television debut in the TV film, Bits and Pieces (2012).

Snagging further opportunities to showcase her talents, Cameron eventually appeared in the series, Shameless (2012), and The Mentalist (2012), later that same year. Not long afterwards, the blonde received a huge breakthrough in the form of the Disney comedy, Liv and Maddie (2013), where she was cast as both title characters. Since then, her popularity in the show biz has only continued to rise. Not only has she made a name for herself as an actress, but she’s also branched out into singing in the recent years.

Currently it is estimated that the 21-year-old has a net worth of $3 million. Where did this money come from? How many sources of income does the young actress have? Let’s find out below.

How did Dove Cameron Make Her Money & Wealth?

Born on January 15, 1996 in Seattle, Washington, Dove Cameron grew up with her older sister in the city of Bainbridge Island. Interested in the performing arts at a young age, she took up acting at the age of eight, during which she participated in several productions at a local community theater. In her early teens, she moved with her family to the country’s entertainment capital of Los Angeles, California. A student at Burbank High School, she eventually joined their National Championship Show Choir.

Two years after moving to LA, Cameron successfully made her television debut in an episode of the Disney Channel Original Series, Bits and Pieces, where she played the character of Alanna. Continuing to audition for more roles, she later appeared for a two-episode arc in the comedy drama, Shameless (2012), before making a brief appearance in the crime drama, The Mentalist (2012).

In 2013, the actress received a career breakthrough after being cast as the title characters in the new Disney sitcom, Liv and Maddie. Retooled from Bits and Pieces, it featured Cameron in dual roles; in it, she played both the part of Liv, a teen actress who recently returns home from Hollywood, and Maddie, her identical twin who had stayed at home. Created by Ron Hart and John D. Beck, the series premiere garnered over 5.78 million viewers.

Cameron’s first big role- or roles rather, on television, it effectively kicked off her acting career with a bang. Following the end of season one, Disney renewed it for three additional seasons, for a total of 80 episodes. Although the ratings dipped in the subsequent seasons, the show still managed to maintain a steady viewership above one million throughout the rest of its run.

How much was the actress paid for starring in Liv and Maddie? Unfortunately, her salary from the show has never been revealed to the public. Considering how she played not one, but two main characters however, it’s reasonable to assume that she would have earned a decent amount from the series.

While Liv and Maddie is the main highlight of her acting career, Cameron has taken part in several other TV series including Malibu Country (2013), Cloud 9 (2014), and Austin & Ally (2015), all of which aired at the same time as the Disney Original Series.

After making her movie debut in the action comedy, Barely Lethal (2015) in which she played a supporting character, she starred in the musical television film, Descendants (2015). A continuation of the classic animated series, it centered around a group of teens, all of whom must adjust to life outside of prison. The main female protagonist, Cameron played the role of Mal, the daughter of Disney villain, Maleficient; she is joined by actors Cameron Boyce, Sofia Carson, Booboo Stewart, and Sarah Jeffery.

Nominated for a Primetime Emmy Award in 2016, Descendants drew in over 6.6 million viewers during its premiere on July 31, 2015. The fifth most-watched original film in cable history at the time, it was later released on DVD later that year.

With the success of the film, an animated cartoon was later released in September 2015. Picking up where the movie had left off, Descendants: Wicked World as it was called, featured the voices of most of the original cast, with the additional of a few new characters. Her second voice-acting gig (her first being that of Ultimate Spider-Man), she continued to voice the Mal, until the end of the series in February 2017 (although she later returned for the TV specials).

In December 2016, Cameron was among the main cast in the television special, Hairspray Live!. A new adaptation of the 2002 musical, it also featured actors Maddie Baillio, HArvey Fierstein, Ariana Grande, Kristin Chenoweth, and Jennifer Hudson. Playing the role of Amber Von Tussle, she contributed to a couple of musical numbers including Mama I’m a Big Girl Now and You Can’t Stop the Beat. Rated highly by critics, it was seen by over 9 million viewers on the night of its premiere.

Speaking of singing, the blonde has also made her mark in the music world. In March 2015, she performed all twelve tracks of the studio album, Liv and Maddie: Music from the TV Series, the soundtrack to the respective Disney sitcom. Recorded over two years, it included the tracks, What a Girl Is, As Long as I Have You, You, Me and the Beat, On Top of the World, Count Me In, and Better in Stereo, among others. Relatively successful, the project reached number 180 on the Billboard Top 200, number 16 on the Top Heatseekers and number 3 on the Kid Albums Chart.

Later that year, she contributed to the original soundtrack of Descendants, which was released on July 31, 2015. Featuring most of the entire cast, Cameron performed the titles Rotten to the Core, Evil Like Me, If Only, Set It Off, and Good is the New Bad. Supported by the success of the film, it entered the Billboard Top 200 at number one, with over 42,000 copies within the first week. As far as chart performance goes, it later reached the top of both the Billboard Kid Albums and Soundtrack Albums Charts; outside of the US, it also charted in Australia, France, Italy, and Belgium.

In addition to the two albums, Cameron has also recorded several promotional singles including Better in Stereo, On Top of the World, Count Me In, Genie in a Bottle, and Better Together, over the past years.

On top of what she’s earned from her acting and singing, Cameron has also put on a few shows in the past. For instance in 2015, she performed three dates in Missouri, Mexico, and New Jersey.

Considering her fame, it’s not surprising to know that the 21-year-old star also has her own Youtube channel, on which she’s currently has over 165K subscribers. As of July 2017, some of her most popular uploads include Let It Go from Frozen By Dove Cameron, Chandelier Dove and Ryan Cover, Let Me Be Your Star Cover, and  I Believe in You by Ryan McCartan and Dove Cameron. Assuming that she’s been capitalizing on her popularity through Google’s partnership program, she would have earned at least $1,000 from ad revenue alone so far.

Let’s take a look at everything again- currently it is estimated that Dove Cameron has a net worth of $3 million. From everything above, it can be assumed that most of her wealth came from her acting career, more specifically from the four years that she starred in the Disney sitcom, Liv and Maddie. Considering how she’s still in her twenties, we’d say that there’s still plenty of room left for growth in her career.

No, the actress is not married- however, she’s been in a relationship with fellow actor Thomas Doherty, since the fall of 2016.

In the past, Cameron was engaged to Ryan McCartan, whom she’d dated for four years. Less than six months after the engagement in October 2016 however, it was called off after she’d decided that “the relationship wasn’t what she had wanted”. Although they’re no longer together, it’s been revealed that they are still on speaking terms.

Does Dove Cameron Have Any Children?

No, Dove Cameron does not have any children that we know of.

Did Dove Cameron Go to College?

Considering how occupied she’s been with her acting schedule, it’s hard to imagine that she’s had the time to attend college. Having said that, Cameron did express an interest in going to college at one point in the past.

After breaking up with her ex-fiance, Cameron moved into a new apartment in November 2016. Unfortunately, that’s about all we know about her housing situation- as the actress herself has never revealed the location.

We do not have any pictures of Dove Cameron’s house to share at this time.

What Kind of Car Does Dove Cameron Drive?

Details on Dove Cameron’s vehicle are unavailable at this time.

Since she first appeared on television as a teen, Dove Cameron has participated in well over a dozen different movies and TV series. To date, she is perhaps best remembered for her dual roles in the Disney sitcom, Liv and Maddie.

Aside from what she’s accomplished as an actor, Cameron is also a talented singer, having contributed to the charting soundtracks of Liv and Maddie and Descendants, both of which were released in 2015.

How Much Did Dove Cameron Earn Last Year?

Information on Dove Cameron’s 2016 salary is unavailable at this time.

As already mentioned, Cameron recently finished playing the lead roles of Liv and Maddie, which ended in March 2017. As far as other projects go, she also reprised her role as Mal in the Disney Channel Original Movie, Descendants 2 (2017), which premiered on July 21, 2017.

This May, it was also announced that the actress/singer would be playing the role of Sophie in a live production of the musical, Mamma Mia!.