Peyton List Net Worth 2018 – How Wealthy is the Actress Now? 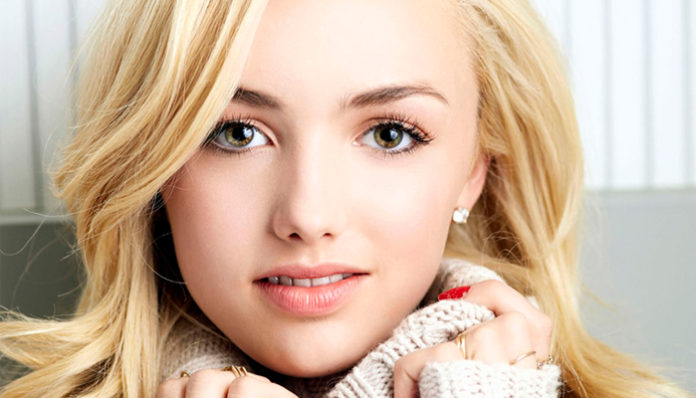 American actress Peyton List is perhaps best known for her role as Emma Ross in the Disney series, Jessie. Originally from Florida, she acted for the first time when she was four years old in the soap opera, As the World Turns(2002). From there, she made her big screen debut in the popular marvel film, Spider-Man 2 (2004), portraying the role of an unnamed little girl.

Since then, the blonde has appeared in several movies and TV series including The Sorcerer’s Apprentice (2010), Diary of a Wimpy Kid: Rodrick Rules (2011), Jessie (2011), and Bunk’d (2015). Gradually over the past few years, she has been moving away from her Disney image, to take on “more adult” roles in front of the camera.

At just nineteen years old, Peyton has well over 30 different credits to her name as an actress. Considering her ever-increasing popularity, it’s only natural that she has banked a significant amount from the show biz, right? According to various sources, Peyton List currently has a net worth of $3 million. Where did the bulk of this amount come from? Aside from acting, does she have any other money-making endeavors? Let’s find out. 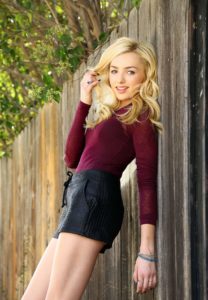 Born on April 6, 1998 in Florida, Peyton List has a twin brother named Spencer, who is also an actor. Like most child actresses, she stepped into the show business at a very young age. When she was four years old, she appeared on television for the first time as a little girl in the long running soap opera, As the World Turns (2002). Two years later, she made her movie debut in the popular film, Spider-Man 2 (2004), after which she appeared in an episode of the romance drama, All My Children (2004).

When she wasn’t acting, Peyton was a grade school student at The Carroll School. Later as a teen, she attended the New Voices School for Academic and Creative Arts, before completing her secondary education at California’s Oak Park High School. Prior to going full-time as an actress, the blonde also modeled for several companies and brands along with her brother, Spencer in the early 2000’s.

In 2008, Peyton received her first recurring part in the comedy drama, Cashmere Mafia, playing the character of Sasha Burden. Her first “bigger” role on television, she had the chance to act alongside Miranda Otto, Lucy Liu, and Frances O’Connor, among others. From there, she played a cameo in Gossip Girl (2009), before appearing in several films including 3 Backyards (2010), Remember Me (2010), Something Borrowed (2011), albeit in minor roles.

Several years after her debut, the blonde landed the big role that she’d been waiting for in the Disney Channel sitcom, Jessie (2011). The brainchild of Pamela Eells O’Connell, it starred Debby Ryan as the title character, Jessie- a small town girl who moves to New York to pursue her dream of becoming an actress; after she arrives however, she finds herself becoming a nanny to four children. Peyton portrayed the part of Emma Ross, the oldest child of the high-profile, Ross family.

Premiered in September 2011, the show gave Peyton her long awaited chance to showcase her acting. A considerable hit, the series premiere drew in over 4.6 million viewers on the Disney Channel in the United States, most of which were in the 6-11 age group. Ultimately, Jessie was renewed for three additional seasons following the end of season one- naturally, Peyton reprised her role as Emma each year. To date, the sitcom remains to be one of the greatest highlights of the young actress’ career.

How much did she earn from starring in the popular Disney series? Unfortunately, it’s never been revealed how much she was paid for the role. Taking into consideration the series’ popularity, and the fact that it was Disney however, it was most likely a decent amount. At the very least, it would have provided Peyton with her initial wealth (seeing as how it was her first starring role).

As for film appearances, she landed her first lead role in the comedy, Diary of a Wimpy Kid: Rodrick Rules in 2011. Adapted from the book of the same title, it also starred Steve Zahn, Robert Capron, Rachael Harris, Devon Bostick, and Zachary Gordon. Directed by David Bowers, it centers around the relationship of two brothers, Rodrick, and Greg. Playing as one of the latter’s friends, Peyton took on the part of Holly Hills, a young girl who ultimately serves as Greg’s unrequited love interest in the franchise.

Upon being released, the movie earned $7.3 million in ticket sales on its opening day alone; by the first weekend, it had climbed to the top of the box office. Although some viewers found it to be pretty average, it went on to become a commercial success with a total worldwide gross of $72.4 million.

In 2012, the actress reprised her role as Holly Hills in the subsequent sequel, Diary of a Wimpy Kid: Dog Days. Based on the third and fourth books, it was released in theaters on August 3, 2012. A relative success, the movie ended up tripling its production costs at the box office, having earned a total of $77.1 million- even more than the previous film. For her performance, she garnered a Young Artist Award, which she shared with the rest of her co-stars.

A spin-off of Jessie, the series responsible for her initial rise to fame, it followed her character, Emma Ross, as she heads to Camp Kikiwaka for the summer with her friends. Aside from Peyton, the series also starred Karan Bar, Miranda May, Skai Jackson, Nathan Arenas and Kevin Quinn. Premiered on July 31, 2015, the pilot episode garnered 4.24 million viewers on the Disney channel; it eventually maintained a viewership of 1.76 million throughout its 21-episode run. Renewed by the network, the second season later premiered in August of 2016.

In addition to her acting career, Peyton does fairly well for herself on social media. A social media influencer, she currently has over 11.3 million followers on Instagram. With the fan base that she has, it’s not surprising that each of her posts receive hundreds of thousands of likes. Considering her audience and reach, it’s likely that she has earned a decent amount from endorsement deals and the like with various companies. Did you know that it’s not uncommon for celebs to be paid upwards of a few grand per product/brand mention?

Summing up, it’s obvious that the 19-year-old actress earned most of her current wealth  through acting- more specifically, from her starring roles in the Diary of a Wimpy Kid film series and the Disney Channel sitcoms, Jessie and Bunk’d. Having said that, her overall income is also supplemented by the other projects that she’s been involved with over the years. Aside from acting, she presumably also yields a decent amount from her modelling work and status as a social media influencer. To date, it’s said that Peyton has posed for well over 400 advertisements as a model.

At one point in time, she even sang alongside American singer-songwriter, Ingrid Michaelson at a live concert.

While she isn’t married, she’s been dating fellow actor Corey Fogelmanis for a while now. In the past, Peyton was romantically linked with actor Cameron Boyce, with whom she was with for three years from 2012 to 2015.

No, Peyton List does not have any children that we know of.

Last May, the actress graduated from high school with her twin brother, Spencer. Since then, the siblings have gone on to celebrate National College Signing Day in May 2017.

Since her debut, she has been mistaken for another actress with the same name on a few occasions. To avoid further confusion, she has chosen to credit herself as “Peyton R. List” or “Peyton Roi List”. Coincidentally, both Peyton Lists had appeared on the soap opera, As the Worlds Turn.

Up until she was thirteen, Peyton lived with her parents and siblings in New York. Later in her teens, she moved to Los Angeles, California for greater acting opportunities. Having said that, we do not have any details on her LA home at this time.

We do not have any information on Peyton List’s vehicle at this time.

Throughout her career, Peyton has taken part in numerous productions- the most noteworthy being that of the Diary of a Wimpy Kid series on film, and Jessie on television. At just nineteen years old, the actress has played over 30 different roles in front of the camera.

In 2013, her portrayal of Holly Hills in Diary of a Wimpy Kid: Dog Days earned her a Young Artist Award for Best Performance in a Feature Film, which she shared with the rest of the ensemble cast.

Over the years, the actress has been involved with several organizations including the Elizabeth Glaser Pediatric AIDS Foundation, St. Jude Children’s Research Hospital and Milk + Bookies. In 2015, she also attended the Delete Blood Cancer Gala, where 100% of the proceeds went towards bone marrow donor registration.

At one point, Peyton even took time out of her busy schedule to visit a nine-year-old girl with Hodgkins Lymphoma.

Unfortunately, we do not have any information regarding Peyton List’s 2016 income.

This April, she co-starred in the teen comedy film, The Outcasts along with Katie Chang, Eden Sher, Ashley Rickards, Victoria Justice, among a few others.

On the small screen, she recently finished portraying the role of Emma Ross in the Disney sitcom, Bunk’d, which ended on May 24, 2017 after 42 episodes.