Duhitzmark Net Worth 2018 – How Wealthy is He Now? 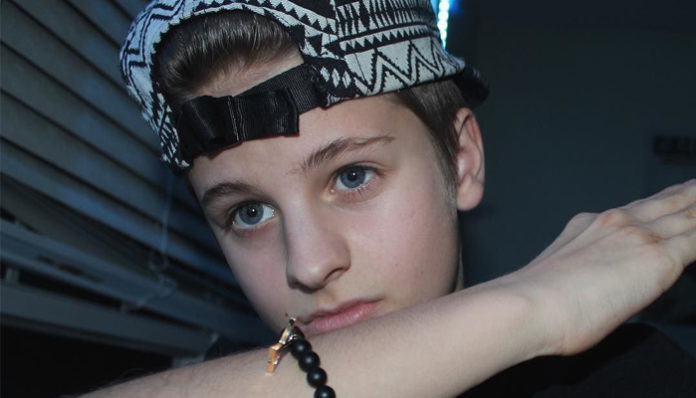 Social media star Mark Thomas- better known by fans as “Duhitzmark”, originally rose to fame on the popular lip syncing app, Musical.ly. From a small village in Pennsylvania, he first joined Twitter in 2012- however, it wasn’t until 2015 that he started to become active. Later trying his hand at other platforms, he jumped on the Musical.ly bandwagon in his teens, where he’s since amassed over 870K followers.

Since then, Mark has gained a considerable following on Instagram, and Facebook where he has 2.8 million and 12K followers respectively. As if that wasn’t impressive enough, the 16-year-old has also made a name for himself on Youtube with over 758K subscribers. Throughout his career, he has collaborated with numerous other stars including Jackson Krecioch, Loren Gray, Nathan Triska, and Zach Clayton.

Aside from his online ventures, the teen has also embarked on a music career in the recent years. Some of his more popular tracks include Selfie, Side Chick, Down for a While, and Mistletoe. So having said all that, how much has he banked over the past few years? According to sources, Mark Thomas currently has an estimated net worth of $150,000.

How did Duhitzmark Make His Money & Wealth? 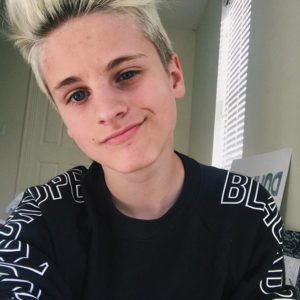 Born on March 29, 2001 in Pennsylvania, Mark Thomas was raised in the small village of Stewartstown alongside his sister (who also happens to be an Instagram star). Growing up, he enjoyed a wide range of activities including soccer- a sport that he plays to this day. A fan of books, he aspired to be an author at one point during his early childhood. At the age of eleven, he created his first social media account on Twitter.

Having said that, it wasn’t until a few years later in 2015- when he was in his teens- that he started to post regularly to the site. Since then, Mark has amassed over 538K followers on Twitter. Later getting more involved in social media, he created himself an account on Instagram- the most popular photo-sharing app at the time. With his charm and good looks, he had no difficulty attaining a following on the platform. As of July 2017, the teen has more than 2.8 million followers on Instagram.

Wanting to try his hand at live broadcasting, Mark eventually created an account on YouNow, an app that allows its users to do just that. By simply being himself in front of the camera, his following began to grow- fast. To date, the 16-year-old has more than 668K fans on the site- a considerable amount for someone who’s still in high school. In total, his YouNow account has been viewed over 12.5 million times.

As impressive as that all is, it doesn’t stop there- on Musical.ly, he also has over 4.4 million fans. Since he first started to use the app, he’s collaborated with many other stars including Nathan Triska, Loren Gray, Jackson Krecioch, and Zach Clayton. At one point, he also teamed up with professional gymnast Kelianne Stankus for a Musical.ly clip titled, I Thought I Recognized Her.

Next, he’s also known on Youtube where he has over 758K subscribers. Since he first launched his channel back in August 2014, the star has received more than 26.9 million views across all of his videos. To date, his number one upload, Mark Thomas – Selfie (Official Music Video) has been viewed over 6 million times. Some of his other popular videos include Justin Bieber Mistle Toe – Mark Thomas, 150 Layers of Bath Bombs Gone Wrong!!!!!, Reacting to my First Musical.lys (Cringe), and Try Not to Sing Challenge.

Assuming that he’s monetizing his videos through Google’s partnership program, he’d be able to earn upwards of a few dollars per a set amount of views, simply from displaying ads. Let’s do some rough calculation- given that he’s paid at least $2 for every 1,000 monetized views, he would have made ~$20,000 from his channel so far (assuming that 40% of his total views are monetized).

On top of his social media efforts, Mark has also proved himself to be a talented singer over the last couple of years. On June 20, 2016, he released his debut single titled, Selfie via Tha Lights Global. Made available as a digital download, its official MV has been viewed over 6 million times on Youtube, as mentioned earlier. On Soundcloud, the song has also been streamed more than 400K times; another clear sign of success.

Then in November 2016, he dropped his second single, Mistletoe. A cover of Justin Bieber’s original track, it proved to be another hit among his fans, with 4.7 million views (and counting) on Youtube.

More recently on April 14, 2017, the teen came out with a mini album called, Down for a While, which boasts the songs Down For a While, Side Chick, and Turn Up (Feat. Chris Miles).

As far as other money-making projects go, Mark also has an online store via MerchNow in which fans are able to buy merchandise such as powers, t-shirts, socks, and iphone cases.

Currently it is estimated that Mark Thomas aka Duhitzmark has a net worth of $150,000. Drawing from everything that’s been said above, it’s clear that he earns the majority of his money from his social media accounts and his music career.

No, the 16-year-old social media star is not married. The last time that we checked, he was still single.

Where Does DuhitzMark go to School?

According to various sites, Mark has been home-schooled ever since he was a child. Will he be going to college in a few years? Only time can tell for now.

Where Did DuhitzMark Get His Online Alias From?

His online nickname, “DuhitzMark” is a reference to his given name, Mark.

Assuming that he hasn’t moved, Mark currently resides in his hometown in Pennsylvania. Seeing as how he’s still a minor, he presumably still lives with his parents. We do not have any pictures of Duhitzmark’s house to share at this time.

How Much Did DuhitzMark Make Last Year?

At just sixteen years old Mark has made a name for himself on the web, with over 4.4 million fans on Musical.ly, 2.8 million followers on Instagram, and 758K subscribers on Youtube.

Besides his accomplishments on social media, he’s also ventured into the music scene with the singles, Selfie and Mistletoe (not to mention his most recent mini-album, Down For a While).

As mentioned earlier, Mark recently released his debut extended play, Down For a While in April via iTunes. Some of his latest songs include Down For a While, Turn Up (Feat. Chris Miles), and Side Chick– the last of which has been listened to over 332K times on his Youtube channel.