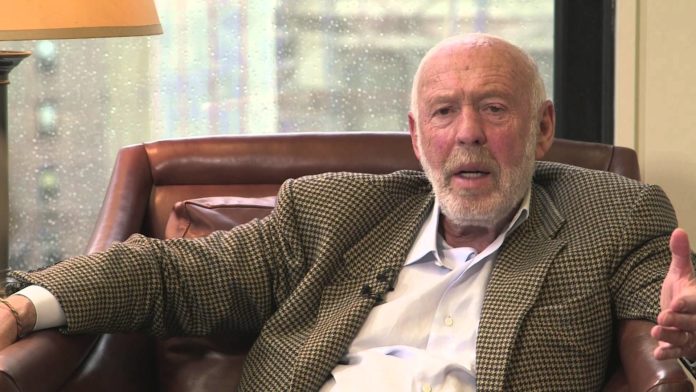 Why have I never heard of this guy? Granted, I don’t run in hedge fund manager/mathematics genius circles, but still. James Harris Simons is probably the world’s smartest billionaire. While it can be said that he doesn’t have much in the way of competition, at least so far as I can tell, the fact that he is both fabulously wealthy, and incredibly intelligent cannot be a coincidence. Not just intelligent, the PHD is impressive, but it’s the tip of the iceberg regarding this man’s career. He has made actual contributions to a variety of scientific fields, and a few to economic fields as well. He donates to a huge number of charities, and has a dozen or so that he set up himself. His primary money spinner is the Renaissance Technologies LLC, an investment firm. The company is famous for being one of the first hedge funds to use extensive mathematics and a variety of statistical models to guide the investment. There have been a few tax controversies generated by the organization, but that is par for the course in this field.

So let’s take a look at the life and wealth of this fascinating man.

How Did James Harris Simons Make His Money & Wealth?

James Harris Simons was born in Brookline, Massachusetts to Marcia and Mathew Simons in 1938. His father owned a shoe factory meaning there was money enough for the young James to study whatever took his fancy. He had a passion for mathematics, eventually studying at MIT, where he got his Bachelor’s before moving onto Berkley California for his PHD. He studied under Bertram Konstant, which is a great name for a mathematician. His early career was exclusively in the sciences, researching geometry and topology of manifolds. He also provided insights into other fields, like theoretical physics. He didn’t enter the field of economics until the late seventies, after a decade or so as the Chair of the Department of Mathematics at Stony Brook University, New York.

In 1978 Simons founded Monemetrics, a financial company that traded in currencies. For the first few months Simons did not think to apply mathematic models to finance, but soon realized that it was possible to apply said models to the data he was collecting. It was scalable too, meaning that the more data he accumulated, the more accurate the speculation could be.

In 1982 Simons founded Renaissance Technologies LLC, a hedge fund that used mathematics to trade. I am seriously underplaying this venture here, mostly because I only have a vague understanding of what it actually did. The firm was a pioneer in quantitative trading, or mathematical trading, a field of applied math that seeks to understand and manipulate financial markets. Through the use of computer hardware, combing through petabytes of data, filtering it using scalable algorithms, and finding exploitable patterns, gaining an upper hand on the market. The firm is hugely successful. In 1988 he founded the funds most successful portfolio, The Medallion Fund. It was here that the research they accumulated really started to pay off, as year on year the portfolio grew in value, and the models they applied to the market paid back more and more each year. Since inception the Medallion Fund has had only one year with a loss, 1989, most likely due to a minor power scuffle between Simons and co-founder of the fund James Ax.

Simons retired from the fund in 2009, but remains on board as a non-executive chairman and advisor. It is not hard to see where his wealth comes from, even if a lot of it is obfuscated behind computer code and complicated math. There is no doubt a plethora of investments outside the core Renaissance Technologies LLC that have paid off for Simons over the years, though it is impossible to find out. Simons has made huge contributions to science and economics, and these days is more concerned with philanthropy. He so far has donated more than $2 billion to a variety of charities and universities.

So far as I can find out James Harris Simons has been married twice. First to Barbara Simons, a Computer Scientist currently researching electronic voting. His second wife is Marilyn Hawrys Simons, with whom James has embarked on a number of charitible endeavors.

Does James Harris Simons have any children?

James has had three children throughout his life, all boys. Sadly two have passed away before him. The first in 1996, his eldest son Paul, 34, was killed by a motorist while riding a bike in Long Island and the second in 2003. His youngest son Nicholas drowned while on a trip to Bali, at age 24. His surviving son is Nathaniel, born in 1966, who works as an investor.

Where is James Harris Simons from?

Where does James Harris Simons live?

James Harris Simon lives on Old Field Road in East Setauket, NY. The property is a huge old school mansion with a pool extension and green house. You can see a picture of it on the right. There is a long drive way leading up to the property, and what appears to be a guest house leading up to it. It is right on the beach, almost like an East coast atoll.

Did James Harris Simons work for the NSA?

He did. James Harris Simons worked as a cryptographer for the NSA in the mid sixties. He was hired in 1964 to help break Soviet coded messages.

What kind of philanthropy is James Harris Simons involved in?

The list is extensive. He has set up a variety of foundations under his own name, his wife’s name and the names of his now deceased sons. The focus of the charity work is in the field of Mathematics, Autism research and the hard sciences in general.

What are the details of Renaissance Technology LLC’s Tax issues?

The issue with the tax battles the Renaissance firm is embroiled in at the moment is due to the fund using loop holes that exist within tax law to avoid paying huge amounts of money to the government. It is dubiously legal, but when the dodged tax hits $6.8 billion we have to start asking serious questions. The use of barrier options to shield day to day trading, making it appear as though the money was held in standard long term investments is the main issue, and one that has yet to be resolved. The battle is ongoing.