Neels Visser Net Worth 2018 – How Wealthy is the Social Media Star Now? 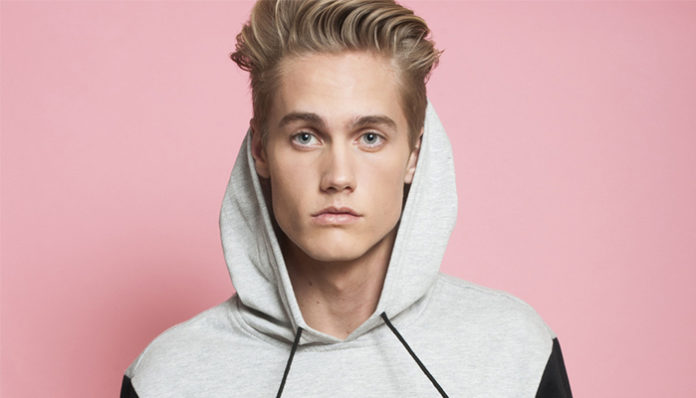 Known for his good looks, Neels Vissers has worked as a model for many years, since his early teens. Hailing from Arizona, he has worked with several brands over the years including Maybelline, American Eagle, and Dolce & Gabbana. With his charm, it’s no wonder why he has so many fans worldwide.

In 2015, Vissers’ popularity jumped after he hopped onto the social media bandwagon- more specifically, with the creation of his Youtube account. Since then, he has also attained a a sizeable following on Instagram, and Twitter where he has over 2.2 million and 279K followers respectively. If those numbers are of any indication, his popularity and fame has only soared over the last two years.

More recently, the star has also revealed that he plans on trying his hand at DJ-ing. How much has the model earned himself, money-wise, throughout his career so far? According to sources, Neels Vissers currently has an estimated net worth of $500,000. Where did he make the majority of these funds? What are some of the different projects that he’s taken up? Let’s take a look.

How did Neels Visser Make His Money & Wealth? 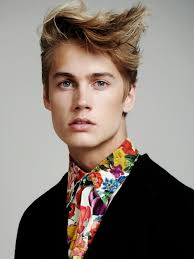 Born on September 26, 1998 in Phoenix, Arizona, Neels Visser grew up in California where he attended Corona Del Mar High School. As a student, he enjoyed a variety of extracurricular activities; he was also a member of the school sailing team. The son of a businessman, his father had always expected him to join the family business. To the dismay of his parents, he began to express an interest in modelling in his early teens.

Unconvinced, his parents were not too supporting of his modelling desires to say the least. It wasn’t until his older sister Kendall came forth to convince them, that they give him the go-ahead. Blessed with good looks, Visser eventually made his modelling debut at the age of fourteen. Thanks to the fact that his sister owned a modelling agency, his career soon took off with her help.

Since then, Visser has posed in front of the cameras for numerous brands including Dolce & Gabbana, Maybelline, and American Eagle; at one point, he was even featured in Vanity Teen Magazine. Considering all the time that he’s spent in the modelling industry, it seems only natural that most of his initial wealth was earned from said gigs. In fact, according to sources, he is currently one of the highest earning models of the Next Model Modelling Agency.

In 2015, the teen made himself known on social media after joining Youtube. From the looks of it, it appears that Visser might have recently cleared some of his older videos from his channel. According to his profile, he has amassed over 66.8K subscribers and more than 291K lifetime views. Currently, his most popular upload, Living Regal: Intro has been viewed over 187K times.

Although it’s apparent that his Youtube channel is still growing, that doesn’t stop him from being able to monetize from his videos. Assuming that he’s joined Google’s partnership program- which allows its users to earn revenue from displaying ads- Visser would make a few dollars per 1,000 monetized views on site. While that might seem like a trivial amount, it can easily add up (especially if his channel were to grow further).

On Instagram, the model is also a social media influencer with over 2.2 million followers. Hugely popular with his dedicated fan base, his posts easily earn upwards of 200K likes each. With the audience that he has on the photo/video sharing app, it wouldn’t surprise us to know if he’s managed to earn some extra cash from working with brands on various endorsement deals through the platform.

As far as other endeavours go, Visser recently also launched a new clothing line called Living Regal. Still in the works, it marks one of his first venture as a businessman.

Aside from his modelling gigs, and work on social media, Neels has recently also expressed an interest in DJ-ing. Given that he successfully achieves this goal one day, he’d have yet another thing going for him.

Now that we’ve taken a look at what he’s accomplished over the years, let’s return to our original question- where did Neels Visser earn most of his money from? Currently, he has an estimated net worth of $500,000, how did this amount come to be? Drawing from everything that we’ve mentioned above, it seems that the 18-year-old yielded most of this fortune through his modelling work. While he has attained millions of followers as a social media personality, it’s clear that his work as a model takes priority.

Assuming that he continues on the same path, it’s likely that his assets will continue to increase in the near future. For all we know, Visser might even break into television someday- becoming an actor was a childhood dream of his, after all.

No, the model is not married. Despite all of the dating rumours that have surfaced online, it appears that Visser is currently single- at least, he was confirmed to be via a tweet back in 2016.

It’s unknown whether or not Visser has dated anyone in the past.

Does Neels Visser Have Any Children?

No, Neels Visser does not have any children that we know of.

Did Neels Visser Go to College?

No, the aspiring DJ has not gone to college. Since he graduated from Corona del Mar High School, he’s been busy working on his various projects. Whether or not he plans on attending college later on however, is still up in the air.

The last that we’ve heard, Neels Visser was living in Los Angeles, California. Unfortunately for us fans, nothing has ever been revealed about his residence.

We do not have any pictures of Neels Visser’s house to share at this time.

What Kind of Car Does Neels Visser Drive?

Information on Neels Visser’s vehicle is unavailable at this time.

From working at his father’s company to becoming a distinguished model, Neels Visser has come a long way in the past few years. A popular social media star, the 18-year-old has also attained millions of followers online through Instagram, Twitter, and Youtube.

How Much Did Neels Visser Make Last Year?

Regrettably, we do not have any information on Neels Visser’s 2016 income.