Olivia Holt Net Worth 2018 – How Wealthy is the Actress Now? 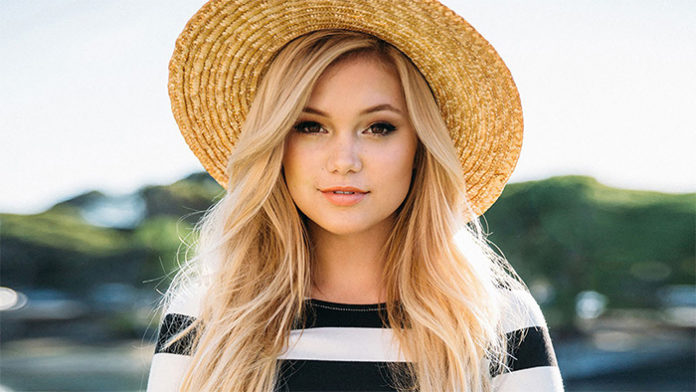 A former child star, Olivia Holt made her television debut at the age of twelve in the film, Black and Blue. Raised in Mississippi, she developed an interest in acting early on during her grade school days. By the time she was ten, she was appearing on television in a handful of commercials including those for Hasbro and Mattel.

Thanks partly to her gymnastics training, she later landed a lead role in the Disney martial arts comedy, Kickin’ It in 2011. A major break through for the young actress, the show not only launched her acting career, but it also transformed her into a teen idol. Since then, she has taken part in several other series including I Didn’t Do It (2014), Ultimate Spider-Man (2015), and Penn Zero: Part-Time Hero (2015).

Currently it is estimated that the 19-year-old star has a net worth of $1 million. Where did she earn most of this fortune from? Besides acting, what other endeavours have she taken on in the past few years? We’ll be trying to answer these questions below.

How did Olivia Holt Make Her Money & Wealth? 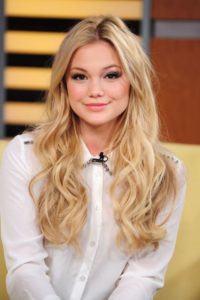 Born on August 5, 1997 in GermanTown, Tennessee, Olivia Holt and her family moved to Mississippi when she was three years old. Having always gravitated towards the performing arts ever since she was a child, she participated in several theatre productions growing up. Besides acting, she also loved gymnastics, a sport that she ultimately continued for seven years.

At the age of ten, Olivia made her television debut in a handful of TV commercials including those for Littlest Pet Shop, Hasbro, Bratz, and Mattel. A couple of years later, she appeared in the drama film, Black and Blue (2009), starring Derrick Denicola, Christine Evans, and Zach Harmon, albeit as a minor character. It wasn’t until 2011 that she landed her first major role on television.

Thanks partly to the fact that she had skills in gymnastics, the blonde was cast as one of the protagonists in the Disney XD comedy, Kickin’ It (2011), which centred around martial arts. Created by Jim O’Doherty, the show follows a karate instructor and his students at the Bobby Wasabi Martial Arts Academy- the “worst dojo” in the country. In the series, Olivia played as Kim, one of the instructor’s five misfit students.

Premiered on June 13, 2011, the first episode was watched by over 870,000 viewers, a feat that made it the highest rated premiere at the time for the network. A breakthrough for the young actress, who was only fourteen at the time, it brought her to the attention of thousands around the world. Following the end of the first season, Olivia reprised her role as Kim for two additional years, before returning as a recurring character in the third season.

Continuing to work with Disney, she was later cast as the female lead in the teen sitcom, I Didn’t Do It in 2014. Starring opposite of Austin North, who portrayed his twin brother on screen, Olivia played as Lindy Watson, a geeky high school student who wants to become more “fashionable”. Popular among young teen audiences, the series premiere drew in 3.89 million viewers in the United States.

Her second major role on the small screen, she ultimately appeared in all 39 episodes. Although the show’s viewership dropped during the second season, it still maintained an average rating of 1.91 million viewers.

In 2016, the actress also broke into the music scene with her debut EP, Olivia. Produced by Olivia herself, with help from Andrew Goldstein, Emanuel Kiriakou, Steve Mac, and Vicetone, among others, it came with five tracks- History, In the Dark, What You Love, Phoenix, and Thin Air. A mix of dance-pop and funk, it successfully reached number 19 on the US Billboard Heatseekers chart shortly after its release.

Like many singers, she eventually went on tour (e.g. The Rise of a Phoenix Tour) later that year alongside Forever in Your Mind, Isac Elliot, and Ryland Lynch. Speaking of public performances, she recently also performed at Six Flags in Arlington, Texas, and at the Short Pump Town Centre in Richmond, Virginia this May.

As far as other ventures go, she became the co-owner and spokesperson of a mobile gaming system called PlayMG in 2013. More recently in 2016, it was announced that she’d become an ambassador for the popular skin care brand, Neutrogena.

Now that we know a little more about how her career has played out, let’s go back to answer our original question- where did most of her wealth come from? From everything that he have discussed above, it’s highly like that Olivia earned most of what she has now from her successful career with Disney (e.g. Kickin’ It, I Didn’t Do It). On top of that, she presumably also yielded a decent amount from her music career (e.g. record sales, concerts).

No, the 19-year-old actress is not married. Having said that, she has been with boyfriend, Ray Kearin for two years since June 2015.

Does Olivia Holt Have Any Children?

No, Olivia Holt does not have any children that we know of.

Did Olivia Holt Go to College?

From what we can tell, the former Disney star has not gone to college. Since she graduated from high school in May 2015, she’s been focused on her acting and music career.

The blonde currently resides in Los Angeles, California. Unfortunately, she has never disclosed any further details about her location. We do not have any pictures of Olivia Holt’s house to share at this time.

What Kind of Car Does Olivia Holt Drive?

We do not have any information on Olivia Holt’s vehicle at this time.

At just nineteen years of age, Olivia Holt has taken on well over a dozen different roles on television and film (the most noteworthy ones being that of Kim in Kickin’ It and Lindy Watson in I Didn’t Do It).

Aside from her acting career, the blonde has also proved herself to be a talented singer through her debut EP, Olivia which was released in 2016.

In 2013, she won a Radio Disney Music Award for her song, Had Me @ Hello. That same year, she was also nominated for a Shorty Award for Best Actress.

From the looks of it, Olivia Holt will be appearing in a handful of films later this year including Class Rank (2017), Same Kind of Different as Me (2017), and Status Update (2017).