Heath Hussar Net Worth 2018 – How Wealthy is the Vine Star Now? 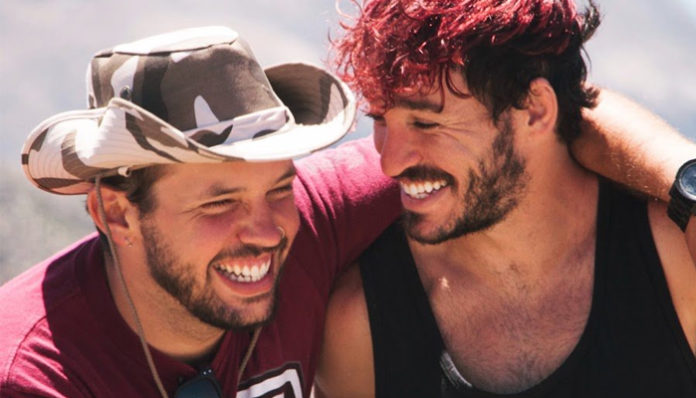 Social media star Heath Hussar first became known for his six-second clips on the popular video sharing app, Vine. Hailing from Florida, he worked several retail jobs before rising to fame on the internet, including at Brookstone and Pac Sun. With close friend Zane, the two created a collaborative account on Vine in 2013, at the peak of its popularity. Soon afterwards, they began uploading various short videos onto their page, which to their surprise, quickly gained an audience.

With time, their follower count quickly went up- it wasn’t long until they hit their first milestone of having one million fans on the app. By the time Vine closed a few years later, Heath and Zane had over 3.4 followers, putting them among the top users on the platform. Since then, the twenty something year old has branched out to other communities including Twitter, Instagram, and Youtube- where he’s also garnered a considerable following.

How much money has he managed to rake in from his online endeavors? According to various sites, Heath Hussar currently has an estimated net worth of $100,000. By what means did he earn this amount? Let’s find out.

How did Heath Hussar Make His Money & Wealth? 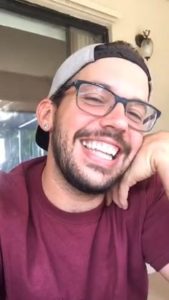 Born on April 5, 1993 in Florida, Heath Hussar presumably grew up in the city of Plantation, in Broward County. Unfortunately, not much is known about his early life, other than the fact that he went to South Plantation High School as a teen. Upon graduating in 2011, he went to Broward College- ultimately it was during that time that he first got involved with social media.

At the age of twenty, he and his close friend Zane- whom he’d known for many years, decided to jump on board with the latest web sensation, Vine. Together, they created a collaborative account called “ZaneandHeath”, little did they know at the time that they would eventually have millions of followers. Shortly after creating their page, they began to upload a number of short, six-second clips, which to their surprise- quickly received thousands of views. Sure enough, their follower count also started to climb up.

Before long, they had reached their first big milestone of having one million fans. As their presence in the community grew further, they eventually had the opportunity to collaborate with the likes of fellow Vine stars: TheGabbieShow, Alx James, Manon Mathews, and Brandon Calvillo. Not only did these collaborations bring them added followers, but it also netted them much exposure. With time, their follower count only went up as users continued to share their videos on the web.

By the time the video-sharing app was shut down in January 2017, Heath and Zane had over 3.4 million followers on Vine. Although their Vine career came to an end, it had ultimately worked to kick start their career on social media. From there, they eventually started to focus their efforts on other platforms such as Twitter, Instagram, and Youtube.

Heath’s Youtube channel, originally created in April 2012, has since amassed over 700K subscribers and more than 19.3 million video views. So far, his most popular video, Surprising His Girlfriend!!, has received over 1.7 million views- that’s close to 10% of his total views. Some of his other top uploads include How My Truck was Stolen!!, This was a Horrible Idea!!, Makeover Gone Wrong, Zane and I are Adopting a Baby, Why We Can’t Be Together, and I’m Going to be a Dad!.

Like most popular Youtubers, Heath would be able to monetize his popularity on the site through Google’s partnership program. By choosing to display ads on his videos, he’s paid a small advertisement fee from the web giant per 1,000 monetized views. Considering his audience and reach, it’s probably fair to assume that what he earns from Youtube is non-negligible. Let’s do some calculations- assuming that 40% of his total video views are monetized, and that he is paid at least $2/1000 views, then he would have earned at least $15,000 from his channel so far.

Besides his online ventures, the Florida native has also appeared on television on a few occasions. In 2015, he made his small screen debut in the TV short, Lab Coats: Life After the Zombie Apocalypse. From there, he played the role of a scout in the horror series, 1 Minute Horror (2015). Outside of acting, he’s also been featured in Not Too Deep with Grace Helbig (2017), and Apologies in Advance with Andrea Russett (2017).

More recently last year, he made his big screen debut in the comedy film, FML (2016), alongside Andrew Daly, Liza Koshy, and Busy Phillips.

To sum up, Heath probably earned most of his initial wealth through Vine in the early 2010’s. Since then, his income has been supplemented by what he’s earned through Youtube, as well as his acting gigs. Will his net worth continue to increase over the next few years? Most probably, yes.

No, the 24-year-old is not married. Although it’s known that he had a girlfriend in the past at one point, it’s unclear whether or not he is currently in a relationship.

Interestingly enough, Heath and Zane are often teased about “being gay” by netizens.

Does Heath Hussar Have Any Children?

No, Heath Hussar does not have any children that we know of.

Did Heath Hussar Go to College?

Yes, after finishing high school, Heath went to Broward College in Fort Lauderdale, Florida. This January, the social media star also mentioned that he would be returning back to school.

The last that we’ve heard, Heath had moved back to his hometown in Florida. Judging from what he’d mentioned in one of his Youtube videos, him and Zane had found a nice apartment in the area. Unfortunately, we do not have any pictures of his house to share at this time.

What Kind of Car Does Heath Hussar Drive?

Information on Heath Hussar’s vehicle is unavailable at this time.

Since he first launched his social media career with Zane back in 2013, he has garnered millions of fans all around the world. As of July 2017, he has over 700K subscribers on Youtube, 383K followers on Twitter, and over 838K on Instagram.

Perhaps more impressive is the fact that he’s also appeared in a few TV series including Lab Coats: Life After the Zombie Apocalpyse (2015), and 1 Minute Horror (2015). As mentioned above, he also made his motion picture debut, albeit in a small role, in the comedy film, FML (2016) last year.

So far this year, Heath Hussar has been featured in the TV programmings Fill in the [Prank] (2017), Not Too Deep With Grace Helbig (2017), and Apologies in Advance with Andrea Russett (2017).