Matthew Espinosa Net Worth 2018 – How Wealthy is the Social Media Star Now? 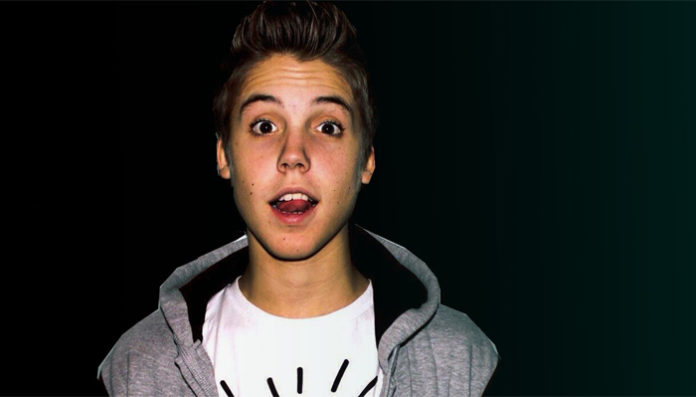 Hailing from Virginia, Matthew Espinosa first gained a following on the popular video-sharing app, Vine in 2013. Ever since he was young, he had yearned to be in the spotlight; by the time he was in his early teens, he had realized his love for media. While still in high school, he rose to fame on Vine- where his videos quickly turned him into an internet sensation.

Often compared to pop idol Justin Bieber, the twenty year old has since garnered an immense following on social media- most of which are girls (unsurprisingly). By the time Vine closed in early 2017, Epinosa was among the top users with over 6.3 million fans on the platform. Since then, he’s branched out to several other social media communities including Twitter, Instagram, and Youtube; combined, he has well over 10 million followers altogether.

A rising star, how much has he managed to make from his career as a social media personality? According to various sites, Matthew Espinosa currently has a net worth of $2.5 million. By what means did he earn this fortune? How many sources of income does the 20-year-old have? Let’s find out.

How did Matthew Espinosa Make His Money & Wealth? 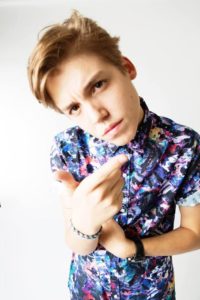 Born on July 7, 1997 in Virgina, Matthew Espinosa grew up with his three siblings in the city of Woodbridge. Even as a young child, he had always yearned to be in the spotlight; in fact, his desire to perform was so strong that his father eventually gave him the nickname of “Mr. Hollywood”. Ultimately, it was while he was working on a school project in the second grade that he first discovered his love for media. Little did he know at the time that he would later rise to become one of the most popular celebrities on the web.

At the age of sixteen, an opportunity came knocking in the form of the popular social media app, Vine. Jumping at the chance to make himself known, Espinosa created an account and began recording a number of six-second long clips which he later shared onto his page. Seeing it as a platform through which he can showcase his talents, the teen continued to post new content and before long, his hard work had paid off. Within a few months, his follower count was climbing steadily and his Vines were gaining thousands of hits each online.

While his fame continued to climb, he eventually joined a group known as the Magcon Boys, a social media crew that consisted of Shawn Mendes, Jack Johnson, Aaron Carpenter, Jacob Whitesides, and Taylor Caniff, among a few others. Together, the traveled to numerous cities where they had the opportunity to do meet and greet with fans. Not only did these public outings help to raise their profile, but it also brought them further exposure. Thanks to the group, Espinosa’s fan base grew considerable over the next few months.

By the time it was announced that Vine would be closing, the teen had already become one of its most popular users. As of July 2017, Espinosa had over 6.3 million followers on the video-sharing platform. Although the app is now defunct, it played a significant role in the launching of his online career. Since then, he has focused his attention on other communities including Twitter, Instagram, and Youtube.

On Youtube, he has accumulated over 2.1 million subscribers and more than 57.7 million video views. As of July 2017, his most popular upload, 3 Guys and Baby Food has been watched over 6.6 million times. Some of his other top videos include Q&A Fail = Smack Cam Central!, Things I Hate About Movie Theaters!, 25 Things to do When You’re Bored, and What Underwear Do I Have On?– combined, these titles have more than 16 million views on the site.

With the audience that he has, he likely pulls in a considerable amount from Youtube’s partnership program. More specifically, Espinosa would earn an advertisement fee from the site for a set amount of views. On average, Google pays $2 to $5 per 1,000 monetized views depending on one’s content, audience, and reach. Considering the fact that he has over 57.7 million life time views, he would have made at least $23,000 from his videos so far.

According to statistics provided by Socialblade, his subscriber count has gone from 50K to over 2.13 million within three years. Currently, his channel receives anywhere from 5K to 8K+ views on a daily basis; from January 2016 to January 2017, his total view count had jumped from 48.2 million to 56.2 million.

On top of his various endeavors online, Espinosa has also appeared on television- and even the big screen on a few occasions. In 2016, he starred in the romance drama film, Be Somebody alongside Allison Paige, and Sarah Jeffrey. That same year, he also made an appearance in the crime thriller, Wild for the Night (2016).

Speaking of offline ventures, Epsinosa has also attended several public events in the past. In fact, he will be hitting up several cities around the world for his “Going Global Tour” alongside Jake Foushee later this summer.

No, the 20-year-old Youtuber is married- having said that, it’s been confirmed that he’s currently in a relationship with 25-year-old model, Jessica Serfaty. In the past, she’s been romantically linked with Joe Jonas and Niall Horan.

Does Matthew Epsinosa Have Any Children?

No, Matthew Epsinosa does not have any children that we know of.

Did Matthew Epsinosa Go to College?

From what we can tell, Epsinosa did not go to college. After graduating from Bishop Ireton High School, he dove straight into his social media career.

Unfortunately, we neither have information nor photos of Matthew Epsinosa’s house to share at this time.

What Kind of Car Does Matthew Epsinosa Drive?

From yearning to be in the spotlight to becoming a social media star, Epsinosa has accomplished many of his childhood dreams over the past years. Currently he has over 2.1 million subscribers on Youtube, 5.6 million followers on Instagram and 4.4 million on Twitter.

As if that wasn’t impressive enough, the 20 year old has also appeared in two films, one of which (e.g. Be Somebody) he starred in, as well as a handful of TV talk shows.

As mentioned above, Matthew Epsinosa will be heading off for his “Going Global Tour” with Jake Foushee later this summer. According to his site, it will be spanning the majority of August, from Amsterdam, Netherlands to Dublin, Ireland.