Honest Foods Update – What Happened After The Profit 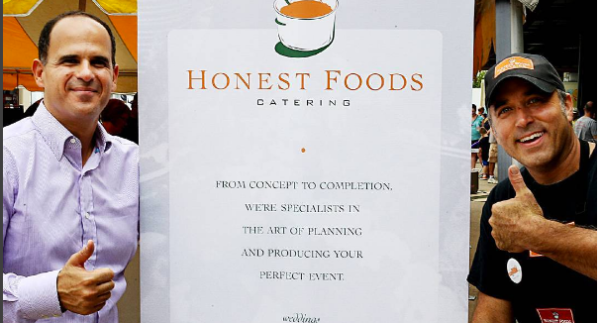 Honest Foods before The Profit

Unlike many businesses Marcus Lemonis has encountered as an investor and show host, Honest Foods was not particularly in dire straits. Opened over 20 years ago, this Chicago catering service has had its share of ups and downs, certainly, but the catering and food truck business had a wide variety of clients, from weddings to offices to even the set of multiple television shows and movies. Before being picked up by the show, even the owner Tad Delvin said he was unsure if his company would be picked up. In an interview with the Chicago Tribune, he admitted that there was an error in the part of the show which had claimed that business was on the downturn (increasing by $100,000 that year alone, though they had gone through a seasonal downshift), and that at most, he would like to use the money to improve their kitchens and maybe diversify their income base. So, what can Marcus do with a company that seems to be doing fairly well for itself? Let’s find out.

Honest Foods on The Profit

Starting off the episode, it’s clear that Tad and his team have a bit of the Chicago brand zealousness and bluntness. Marcus meets the company as they are preparing for a catering event for a real estate company, and received the news that most of their business came from movie and television crews needing lunch, not something often correlated to the Chicago scene. While observing them work, it’s clear to Marcus that the team is trying but is as disorganized as a group can be while still being successful in their mission. The food is clearly excellent, which as anyone who has been to a catering event could attest to, is quite the challenge.

First on the block, Marcus notes that presentation could be improved, especially menu listing. The tables and faded item cards are clearly something that needs to be worked on. Marcus then goes to speak with both customers and employees. It’s confirmed the food is good, but employees are loose on definitions of their actual jobs. Tad is then quickly interviewed and found that he has more responsibilities than an owner should be handling, particularly in regards to product acquisition, accounting and sales. In a secondary discussion with Roni, a baker, Marcus finds that the business is certainly not failing but may have plateaued.

Marcus then finds two flaws with Tad as he helps in the kitchen. First, control is a huge problem, as apparently the host of the show can’t even properly cut onions according to Tad, and then when an order needs to be bumped up, the boss clearly loses his temper as a result, his voice becoming louder and more aggressive each second. The crew, on the other hand are wholly aloof and continue work as usual.

In speaking with the accountant, it’s again confirmed that Tad’s temper is really what makes the kitchen chaotic. The tone changes somewhat as Marcus investigates their only food truck, and talks to Tad in there to see why he is so aggressive. It appears the origin of this issue was due to a health issue some years back which nearly cost him his life and business. Marcus advises him that tempering his temper may be beneficial for everyone.

The next day, the pair go over numbers and see that the 8% net profit is pretty good, but diversification is needed. Capacity is also discussed, where the business can be using an additional 30% of the

time to add a good deal of cash to their business (to the tune of $650,000 a year). Marcus pushes this idea with his offer of $300,000 for 33% of the business, which would take care of bills and then change things up as discussed before. Tad agrees, but under the stipulation that he still has full control over the business. Marcus replies that he instead wants control, and the deal is sealed.

Later, there’s a group meeting where Marcus shows the details of the deal and pushes the team to be more creative in terms of aesthetic and relations. Marcus then takes Tad up to talk to him about a food truck business addition, and though Tad is first skeptical, he agrees to go investigate the trucks in Chicago. It becomes clear that the investment into this model would be great, as for a $55,000 truck can churn out between $300,000 to $500,000 a year. This would gain another $180,000 of net profit for two trucks over the course of the year.

After this, the crew of Honest Foods set up a catering event for a Chevrolet dealership with some new aesthetic touches (a wonderful car theme for the event) which really makes the presentation pop. The problem though is that Tad has yet to change and white knuckles the entire project, annoying his employees and Marcus, as it’s clear he cannot be a leader of anyone while giving contraindicatory orders. A confrontation between Tad and Roni erupts, and seems to be just the tip of the iceberg.

Organization and Tad’s panic are known among the employees, and definitely causing issues. Tad is told to back off by Marcus, and as predicted, the team do a great job of handling their own. A meeting is held after the catering, and it’s clear the customer loved it, recommending another 200 person event. Despite this good news, the meeting takes a turn as the employees raise issues against Tad, and Tad gets far too defensive over the criticisms. The team then says that if Tad can work on his communication, they can really knock jobs out of the park, and he relents and agrees to try. Next, Marcus takes them to Camping World, one of his biggest investments, and tells them they have a 1,000 person contract, and to not screw it up. The team then explore the store for the 50th anniversary celebration, finding ideas of what to do.

2 weeks later, the team gets a few new food trucks, but under this good news is another twist, an employee mutiny. Yet another meeting is called, where the employees state they want to leave, due to a whole slew of misunderstandings. Marcus again saves the day, explaining the purpose of the trucks, and explaining pay bonuses. Then, Marcus saves Tad money by getting a consolidated supplier (saving 10%).

A second food truck is then bought from Los Angeles, and both trucks are improved on, and repaired from some unseen issues. Marcus and Tad then have an eruptive fight over the repair issues. Marcus uses this as a teaching moment, which snaps Tad out of his cycle a bit. The episode ends on a good note, with Tad apologizing and working with his team, the food trucks coming to market, and the catering gig going very well. In short, Honest Foods becomes honestly amazing.

After its appearance on The Profit, things have kept looking up for the business. With over 50 reviews, it’s amazing to see that ratings are near 4.5 stars, with many speaking about how great the staff and food both are. As for the Pono Sweet Truck and Meltdown Grilled Cheese truck (both of which are available for private events only at this time) all reviews are likewise quite positive, with the continued trend of profitability seeing no end in sight. As an added bonus, it appears the team continues great relations with Marcus Lemonis, and the Chicago team has a very positive relationship with both him and each other. It goes to show that if you cater to your customers, they will come back and reward you.